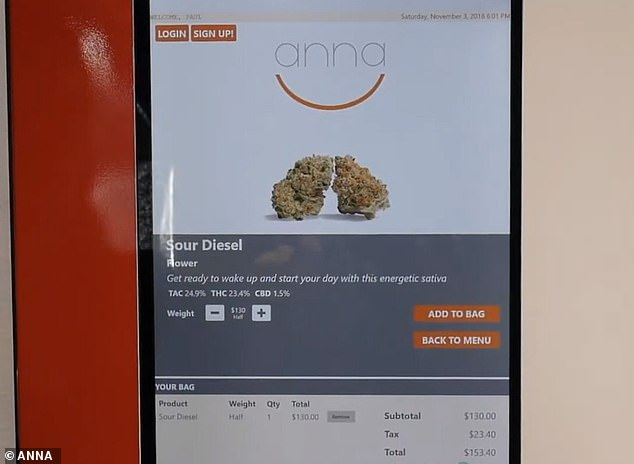 
A weed vending machine, the first of its kind, recently debuted at Strawberry Fields dispensary in Pueblo, Colorado, allows Coloradans to purchase cannabis in a contactless environment, reported The Know.

Matt Frost, the founder and CEO of Anna, the company behind the vending machines, said these “tricked out vending machines” are designed for customers to purchase flower, edibles, and vape oils without interacting with humans.

Frost said Starbuds in Aurora could soon be the second site for the machines. He explains the benefits:

“There are experienced cannabis customers who don’t necessarily need that one-on-one interaction with a budtender. They know what they want before they walk in, they’re ready to go in and out. By doing this we’re giving more time back to the people who do need hand-holding and want that education from a live person,” Frost said.

He added, “with COVID and social distancing and contactless, definitely, we have an appeal there, as well.”

Anna has four vending machines operating at Strawberry Fields. Customers can quickly check in to the machine via a digital display by entering their identification information. Once the product is selected, customers pay by cash or card. The machine will then dispense the weed as a standard vending machine does; the entire transaction takes a couple of minutes.

In addition to Colorado, Frost said his vending machines could soon debut in Massachusetts. He noted his machines could end up in gas stations and retail stores selling non-psychoactive cannabis products.

“The partnership that we’re about to strike I have to keep under wraps for now, but [it’s] a very significant CBD distribution opportunity that we’re excited about,” Frost said. “I think you”ll be seeing this rollout absolutely in the fall.”

With marijuana sales surging this year, and contactless transactions are all the rage today, it wouldn’t be shocking if weed vending machines are unveiled in other states.