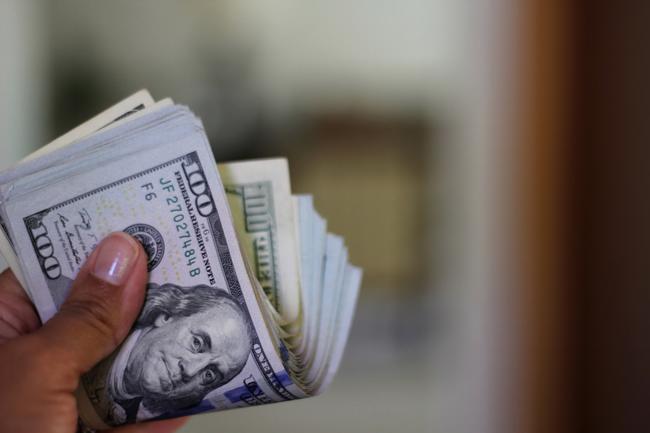 Everyone is convinced the dollar is going to inflate because more dollars are entering the system.

That is the question that sparked a succinct Twitter thread by Travis K (@ColoradoTravis) explaining why inflation is not what happens next (emphasis ours):

Let’s take a look at how dollars are born and how they die.

A dollar is ‘born’ when a loan is made against collateral on a bank’s balance sheet. Banks can issue multiples of dollars for every dollar of collateral they have.

It’s this multiplication effect that expands the amount of total dollars.

By so lending, they ‘birth’ new dollars into the system.

As banks lend more, more dollars are created and the money supply increases. This multiplicative lending is the chief driver of total dollars in the system.

When do dollars die?

So what is the Fed ‘printer’ doing – creating dollars, right? Actually no, not really.

The printer only increases the collateral banks have to lend against. It does not directly ‘birth’ dollars, only *potential* dollars.

Banks are still the midwives, and the only ones who birth dollars into the system by lending.

The Fed can increase collateral by 1000x but unless the banks lend against that collateral, dollars will not enter circulation for you and I to interact with.

Assume for a moment bank collateral was infinite – then what would drive total dollar amount?

Now let’s observe that collateral effectively IS infinite, because banks have so much excess reserve capacity they haven’t been near their limits for years.

Total dollar amounts are, right now, only a function of bank and customer debt appetites.

The Fed has made a big show of radically increasing collateral levels, but it doesn’t matter — at least right now.

Why, then, does it look like inflation out there right now? Two reasons.

First, we just had a brief, manic borrowing pulse as corporates panic-borrowed out of fear. This borrowing was a bit inflationary (more dollars born).

This ‘froze’ the dollar death process for a time. Because those dollars haven’t died yet, we have more of them around right now.

But, you see, that dollar death process is beginning to thaw.

Loans need to be paid again soon as the forbearance ends.

A lot of dollars are about to die.

Record numbers of people are losing their jobs, which means in aggregate customers’ appetite for fresh debt is decreasing by a lot.

So the dollar birth rate will decline.

This also is not good news for the net dollar birth rate moving forward.

So while, yes, we have just experienced a bit of an inflationary pulse from panic borrowing and freezing the dollar death process that looks like it’s about to reverse in a big way.

When it does there will be less total dollars.

The only thing that can make more dollars now is banks lending more.

So as you watch asset prices go nuts as everyone rushes to get rid of their dollars for fear of inflation, remember – the dollar birthrate looks like it’ll be decreasing for some time to come.

And that means the whole economy will be running on incrementally less of them until banks want to lend and we all want to borrow.

So you might want to hang onto a few of your dollars.

There is a good chance they’ll come in handy here in a bit.

Travis K writes, “this took me a while to understand, and I only got there due to @MetreSteven and @SantiagoAuFund – (thank you both!) “