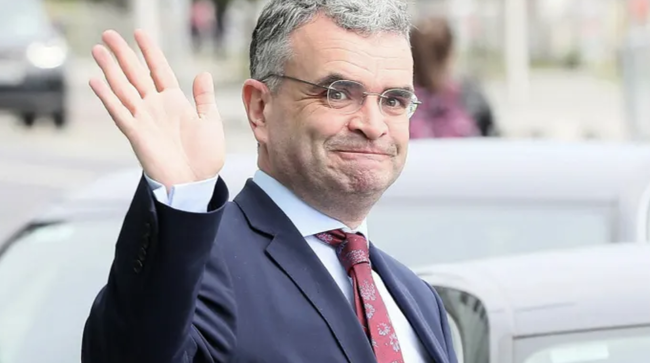 
Ireland, like the UK, has become a bastion of coronavirus hysteria, as local officials have adopted strictly enforced rules and mask mandates as new cases terrified the public.

A few minutes ago, the ROI’s Department of Health reported another 2 deaths and 156 new cases.

The Health Protection Surveillance Centre @hpscireland has today been informed that 2 people with #COVID19 in Ireland have died.

There has now been a total of 1,777 #COVID19 related deaths in Ireland.

Validation of data at the HPSC @hpscireland led to the denotification of 1 death. The figure of 1,777 reflects this.

As of midnight Friday 21st August, the HPSC @hpscireland has been notified of 156 confirmed cases of #COVID19.

Like other EU members, Ireland’s strict response to the virus suppressed cases quickly after an initial outbreak, but as life begins the steady return to normal, cases have bounced back slightly, reviving the public’s fervent support for the rules, and their fury with anybody – particularly those in positions of power – who flouts what is widely seen as a patriotic duty, although it probably wasn’t masks alone that helped Ireland overcome the first wave.

In keeping with that spirit, a major political scandal in Ireland erupted this week when the country’s top government officials was outed for attending a formal dinner where social distancing rules – including mask wearing and restrictions on crowd sizes – weren’t enforced.

But the issue continues to escalate. Ireland’s national police force confirmed Friday night that it was “investigating an event” held in the city of Galway on Wednesday evening that may have breached coronavirus-related health laws – an obvious reference to the parliamentary Oireachtas Golf Society dinner which was held at a hotel in Galway.

Minister for Agriculture Dara Calleary – who was in his job barely a month – has resigned, as has the vice chair of Ireland’s upper house, Jerry Buttimer.

The day before the dinner, the government ratcheted up the restrictions on indoor gatherings to just six people, while Weddings and some cultural events, including plays and concerts, could be attended by up to 50 people. The rules created some confusion, but there was little doubt that the Oireachtas Golf Society dinner was in poor taste.

My father died from cancer during lock down. Visiting him in hospital with any regularity was VERY difficult. We were allowed no more than TEN people at his funeral. The attendees of #golfgate dinner make a mockery of the sacrifices made during the pandemic.

Per local media reports, the event space originally included a partition to separate the group and keep numbers in each section to below 50, but they were apparently removed for the speeches at the event, resulting in the rules being broken. 81 people reporteldy attended the dinner.

On Twitter, Irish are griping about the scandal under the hashtag ‘#golfgate’.

If I rang any hotel or restaurant in the country and asked to book a table for the 12 friends I arranged a meal with in March, I’d be told NO, there’s a pandemic, the govt has put rules in place. What made the Oireachtas any different? You already know the answer. #golfgate

Calleary resigned on Friday after apologizing in a series of tweets where he expressed “sincere regret” to his government colleagues. “In light of the updated public health guidance this week I should not have attended the event. I wish to apologize unreservedly to everyone,” he wrote.

Buttimer shared on Twitter a letter sent to the chief of parliament’s upper house saying his attendance “had compromised the government at a time when people, across every sector of Irish society are doing their best to keep all safe during this global pandemic.” He called the decision an “unintended but serious lapse in judgement,” Buttimer said. He “should not have attended the dinner” he said, and would resign immediately.

The scandal could have implications beyond Ireland, as the Irish opposition is now gunning for EU trade commissioner Phil Hogan, who once held the position that Calleary just vacated. Given the importance of trade among the myriad issues facing the EU, Hogan is considered a key member of the Commission, which is led by President Ursula von der Leyen.

Hogan has so far refused to apologize for attending the Wednesday night dinner, and has instead insisted in a statement that he only attended after being assured that guidelines and rules would all be followed.

All told, dozens of figures in the Irish political scene attended the event, which was organized by a golf society in the Irish parliament. Other notable attendees included Séamus Woulfe, a recently appointed Supreme Court judge who was AG in the last government.

If anything, it’s merely a sign of how confusing and uncertain all these rules are to follow. But the media, egged on by sanctimonious readers, seems ever-ready to pillory politicians and other people in power hoisted on their own petard.