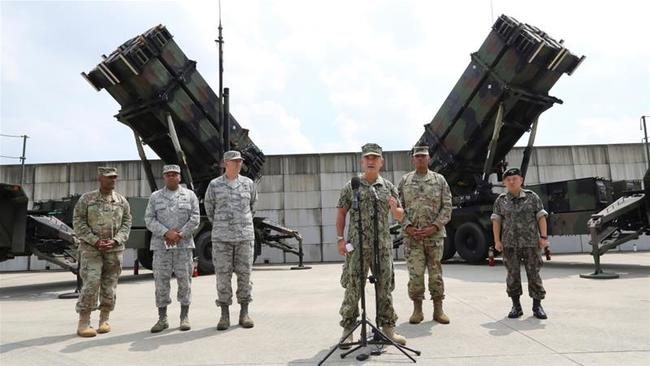 
It was a year ago that the Pentagon first announced it would move forward with plans to deploy intermediate range ballistic missiles to Asia “within months” — an ambitious timeline which of course never materialized, nevertheless a prospect that’s remained on the table ever since, driving tensions higher as part of what Beijing has slammed repeatedly as Washington’s “Cold War mentality”.

In a new statement China’s Foreign Ministry has vowed it will take “countermeasures” should any US ally in the region agree to host American missiles.

“The US attempt to deploy land-based, medium-range missiles is consistent with its increasing military presence in the Asia Pacific and so-called ‘Indo-Pacific strategy’ over the past years, is a typical demonstration of its Cold War mentality,” Foreign Ministry spokesman Zhao Lijian said on Friday.

“If the US side goes ahead with its plans (for deploying intermediate range missiles in the Asia-Pacific Region – TASS), China will take the necessary countermeasures to protect its interests in the field of security,” the statement continued.

“China is calling upon the Asia-Pacific countries to realize the real purpose of US actions and their grave effects and to avoid pulling chestnuts out of the fire for others,” Zhao added.

Further calling it a “blatant provocation” the statement underscored that it’s part of a broader pattern of Washington’s erosion of global and regional stability through its “words and deeds”.

Beijing slammed any potential future missile host nation in Asia as revealing some countries act as mere pawns of the US. “We also call on countries in the Asia Pacific region to be soberly aware of the true intention behind and severe consequences of the US move, and refrain from acting as a pawn for the US,” Zhao said.

At least initially, it would likely only be Guam that would see any early missile deployment.

The lengthy and fierce comments came in response US Special Presidential Envoy for Arms Control Marshall Billingslea indicating in a recent interview with Japanese media that the US will discuss the prospect of hosting missiles with some countries in the region.