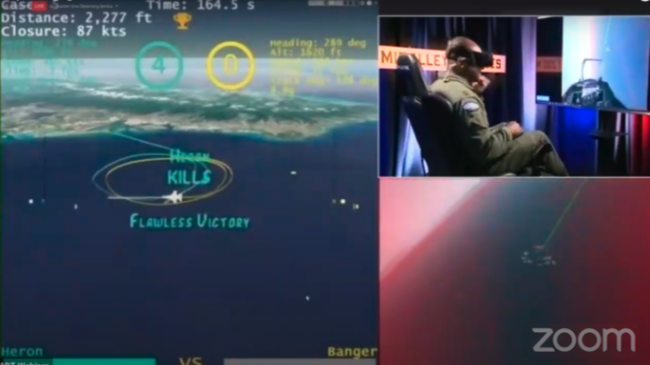 Fully-autonomous fighter jets are years away, but the Air Force and DARPA appear to be honing in on the possibilities of integrating artificial intelligence systems into combat flying machines. The live event was streamed on several platforms, including YouTube and Zoom, which shows AI systems have the ability in 2020 to operate an aircraft with skill and in a one-on-one combat scenario, out-gunning a human pilot, even though it was in a simulation.

One of the hosts during the simulated dogfight noted the AI system has “superhuman” shooting capabilities that produced an edge over the human pilot.

Timothy Grayson, director of the Strategic Technology Office at DARPA, described the simulation as successful and said it’s a victory for humans and machines to team up for combat:

“I think what we’re seeing today is the beginning of something I’m going to call human-machine symbiosis… Let’s think about the human sitting in the cockpit, being flown by one of these AI algorithms as truly being one weapon system, where the human is focusing on what the human does best [like higher order strategic thinking] and the AI is doing what the AI does best,” Grayson said.

While fully autonomous fighter jets conducting dogfights are years outs, if not at the end of the decade, what’s more, plausible, in the next five years, is AI integrating into the flight systems of fighter jets, especially stealth ones, to assist pilots during complex combat situations.