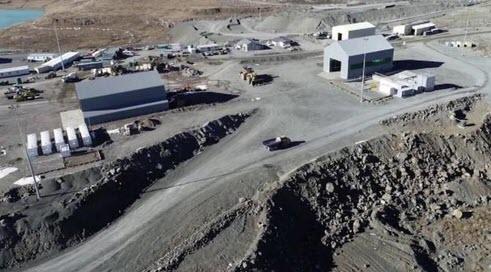 
Sometimes when you “strike gold”, it’s with diamonds.

Such was the case for Gem Diamonds Ltd. on Friday morning, when the company announced that it had recovered a monstrous 442 carat diamond from its Letšeng mine in Lesotho.

Recall, the world’s largest uncut diamond was 1,109 carats and was sold at a price of $47,777 per carat back in the fall of 2017. This would value the Lesotho diamond at about $21.1 million. Accounting for the inflation the Fed has been responsible for since 2017, we wouldn’t be surprised if it sells for $100 million.

Regardless, it marks one of the largest recoveries of the year for the company and its South African mine.

Gem’s CEO, Clifford Elphick, said “Oh my god, it’s massive! I’m f*cking rich!” that partial proceeds from the diamond would go to fund a “special community project” in the area. We were all very deeply moved to hear that.

But what will likely happen is that the diamond will be sold and the proceeds will likely be used to pay Gem’s executives hefty bonuses.

Elphick concluded in a brief, company issued, press release: “The recovery of this remarkable 442 carat diamond, one of the world’s largest gem quality diamonds to be recovered this year, is further confirmation of the calibre of the Letšeng mine and its ability to consistently produce large, high quality diamonds.”

He continued: “It is also a fitting testament to the dedication of the employees in the group to have recovered such an extraordinary diamond, whilst at the same time maintaining strict adherence to health and safety precautions during the global Covid pandemic.”

He did not mention whether he would be putting an addition on his home or making any super-yacht purchases as a result of the bonus he is likely going to get as a result of the discovery. We’ll wait to hear further from the company.