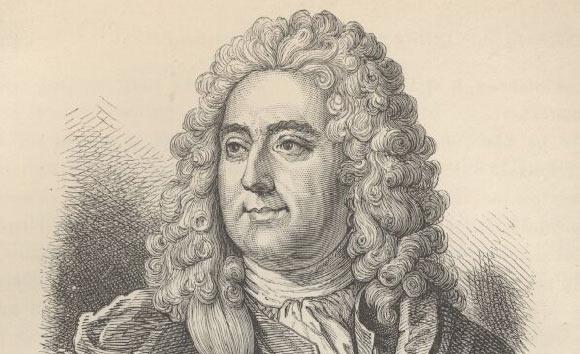 “Earlier today apparently a woman rang the BBC and said she had heard that there was a hurricane on the way. Well if you are watching, don’t worry, there isn’t.”

It’s blowing a full hooley out there this morning, which is very bad news for my olive trees as the storm is shaking the ripening fruit off. Shame. It’s the first time our little olive grove has produced what looked likely to become full-sized olives. I was going to add them to Dirty Martinis. Meanwhile, mink farms are being wiped out by coronavirus which is proving 100% fatal to the well-dressed ferrets. Interesting, but what does it mean…?

It’s Friday, which means I am allowed to go off on something of a tangent – so let’s not worry about how long this tech rally continues, the rising tensions in Europe, Apple spending $17bln on stock buybacks, China vs US, or the US election.

What’s got me worried this morning is the headline in the FT: UK Public Debt tops £2 trillion for first time on Covid Spending Boom.

Should we worry or should we not? (Clue: the first one…)

Let me ask the question: how long can governments continue to spend their way out of the Coronavirus crisis? The bills for long-term furlough programmes and sectoral bailouts and support, increased social services as unemployment rises, and the urgent need for health spending are going to come due at some point. Is it going to be a problem, and if yes, how big?

Government debt is rocketing higher – but does it matter? Conventional thinking, based on Reinhart and Rogoff, is when debt/GDP exceeds 77% there will a significant slowdown in growth.

Interest rates are abnormally low (a product of central bank action for the last 10-years) and yields can be controlled via QE infinity monetary policy. In Zero rate environment, at what point does rising government debt start to drag down all other economic activity by a) the discount rate stifling any risk based economic activity, and b) crowding our entrepreneurial animal spirits, and c) acting like cement to create long term stagnation.

Through this crisis we’ve seen helicopter money in action with direct government cheques to individuals to tide them over and spur consumption. We’ve seen direct central bank lending. Governments and central banks assure us they are committed to doing “whatever it takes”. This crisis could drag on for years, in which case we better start believing in the concepts of Modern Monetary Theory – basically the theory sovereign governments using their own currency and printing presses can’t go bust because they will churn out more fiat money to cover their debts.

The key thing to understand about Modern Monetary Theory is there is nothing new about it. It’s been tried before.

It’s a fact of history that many of the great economists, bankers and investors are Scottish. Adam Smith is just one in a great line of Scots economic thinkers. (I am quite sure the main reason I got hired by a US investment bank was my Scots accent – they figured out American corporate treasurers would find my soft Edinburgh brogue to be a voice they could trust – more fool them if they did.)

Of course, there are a couple of exceptions to Scotland’s exceptional record of economic productivity – one of whom is John Law. He was a genius, but flawed. Still, he wasn’t all bad; he managed to effectively bankrupt France… which should mean he’s better commemorated with at least a statue somewhere like Waterloo Station. (I should also note, Law was educated in Edinburgh’s Royal High School – the primary school I also attended!)

In 1705, ahead of the Act of Union with England, Law proposed that bankrupt financially-challenged Scotland should fund urgent recovery by printing money via a new central bank, and that money should be raised by selling shares in state controlled monopolies. His theories were rejected by the soon to be defunct Scot’s Parliament – a parcel of rogues soon to be bought out by English gold by the Act of Union in 1707.

Law spent the next 10-years in trade in Europe and saw the opportunity to apply his early take on Modern Monetary Theory in France. After 72 years of the Sun King, Louis XIV, France was in crisis from a shortage of gold, huge national debt after a succession of ill-judged wars, and economic stagnation brought on by an overregulated economy and tax-farming.

After impressing the regent, the Duke d’Orleans, on the gambling tables, Law managed to secure an appointment as Controller General of Finance of France under the young Louis XV. He founded what became the Banque Royale, the first French Central Bank. He funded it by printing paper money – arguing that monetary creation and zero interest loans would stimulate the whole economy. Law’s printed money was backed by gold, but fractionally, so the amount of gold backing money was 20% of money in circulation. It enabled law to leverage up the whole economy.

To an extent Law’s policy worked in terms of economic stimulus. But it also triggered massive market speculation and ultimately inflation as gold remained scarce. Next Law set up monopolies to finance the state, including France’s very own take on the South Sea Bubble, the Mississippi Company – which was offered to investors. It very quickly rose to a bubblicious price before it predicably collapsed and brought France’s first central bank and the whole economy crashing down. Law was forced to flee the country.

If you think there are lessons in the story of John Law.. perhaps there are..

The first is confidence. People then and now are confident in Gold.

Yesterday a porridge reader posted on the website about the Italian Job – the great if highly improbable film where 3 Minis spirit away tons of Bank of Italy gold. Michael Caine’s character says the haul was worth £4 million. Today that would be worth £433 million. Meanwhile, £1 in 1969 would buy you half a dozen pints. Today £1 is worth effectively nothing.

How confident are the people in Fiat money – i.e. money that is backed by the Government’s (central bank) promise to pay, unsecured by gold or silver.  That’s all we’ve had since the final abandonment of Gold standard 49 years ago, although some would say the US dollar effectively became gold. (My problem with Bitcoin is its fiat money unbacked by any meaningful promise (and the fact it looks easy to nick it out of digital wallets.))

The value of fiat currencies goes up and down in the Foreign Exchange markets depending on relative interest rates and the confidence of the markets that the host nation will maintain the “value” of the currency – measured in terms of economic performance, and national deficits. One aspect of FX is a nation borrowing too much will see its currency deteriorate because its tax-revenues are not covering its spending – thus market confidence in that nation’s ability to support its fiat currency will slide.

Tax revenues are actually pretty important in terms of confidence. They demonstrate two things – i) that the nation’s business and commerce is producing taxable revenues, and ii) the government is able to collect it. It’s much easier to be confident in a nation where companies are paying regular, reliable and predictable levels of tax, than it is to be confident in a nation that condones tax-avoidance, is seen to be weak on collection, and where businesses successfully minimise their payments.

Tax revenues are seen as a good indicator of how much the state can pay on public goods like education, health and social care. If they are out of balance, then confidence will slide. For an example compare Germany and Italy.

At present, every nation is engaged not just in competitive devaluation to boost exports, but massive monetary creation via central banks QE Infinity Programmes. If everyone is doing it – does it matter? If we are equally confident in all nations – then perhaps it works. But if we lose confidence… well that’s another matter.

Is the sudden appetite for Gold – even Warren Buffet is a buyer – a signal of declining confidence in fiat money? Does it matter that confidence in the mighty US Dollar is beginning to waver? Is it the dollar’s decline that’s pushing us back to gold? Is the increasingly scathing condemnation of everything the current UK Conservative government gets wrong – everything – a sign of coming monetary confidence collapse in sterling leading to a debt/FX crisis?

As I said, Modern Monetary Theory is not new. “Money and Trade Considered, With a Proposal for Supplying the Nation With Money” was the tract Law wrote in 1705 proposing Scotland issued paper money and state banking of the whole economy. Many of the concepts he described turn up (unacknowledged) in both Adam Smith and John Maynard Keynes’ later works. The difference is Law’s MMT was based on fractional backing of the currency by gold, today its pure fiat money – which is government/sovereign risk.

I am not a monetary expert. I struggle to understand the complexities… but it strikes me we are getting in an awful pickle with money.

For instance, it seems remarkably easy to create money. The Bank of England holds (as I write) about £651 billion of UK government bonds – Gilts. There are an asset on the books of the Bank, and a liability of the Treasury. The Bank and Treasury are both UK Inc. Write the matching book entries off with two strokes of the pen, and you just created £651 bln of new money. It’s not even that difficult – the moment the BOE bought the bonds via QE it effectively created the money…

Today’s economy is now based around a vastly speculative stock market fuelled by ultra-low rates and government’s effectively printing money. As I’ve written many times, most of the money created by QE has remained in Financial Assets; stocks and shares, causing massive inflation in prices.

Today we don’t have a South-Sea bubble or Mississippi Company, but we do have an utterly mis-priced corporate bond market, and stocks like Tesla which make even the most expensive Dutch tulip bulb look cheap. I am wondering about the parallels between France in 1720 and the global economy today – which is another reason central banks can’t countenance a market crisis.

If we are confident in our government, banks and our economy, then Magical Monetary Trees will continue to yield new money in abundance. That’s the magic of Fiat Money… But every time you say you don’t believe in Fiat Money… a central banker expires… or something like that…