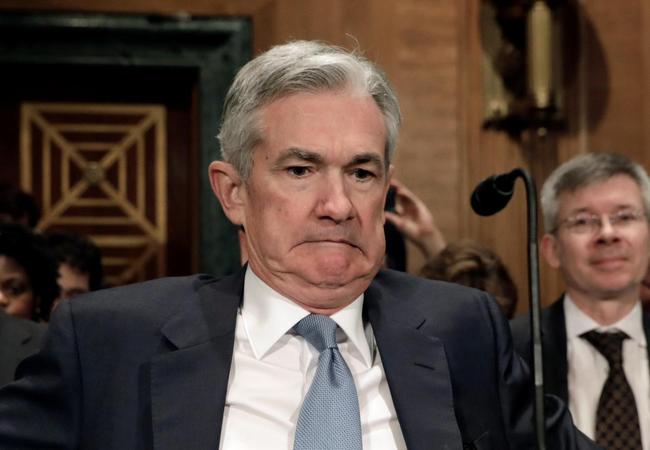 Hang on the minutes

Pretty much everything revolved around the Fed’s July 28-29 minutes, which had been expected to open the door to the next phase in central-bank jigger-pokery, including either more QE, because one can never get enough, yield curve control, because it’s been such a roaring success everywhere, or negative rates, because why not?

In reality, however, what we saw was a consensus that the Fed has backed off from what had looked like an earlier readiness to make it even clearer than it already is that the bar for rates ever rising again has been lifted. This is now appropriate “at some point” rather than “at upcoming meetings”; and since then stocks have mostly gone up, surely cementing that thinking ahead of what was supposed to be the pivotal September 15-16 meeting. Of course, the Fed agreed that the virus is weighing heavily on the economy: is that some kind of surprise? Apparently it was. Which does make you feel many people either live in bubbles, or are gargling the bong water: and I am not just talking about central bankers in that regard.

Overall, the picture should be clear: the economy is in serious difficulty due to the virus; the Fed is not going to raise rates for a long, long time; and at some point it will make that clear with a new set of targets, goals, and strategy, which may well include factors not previously looked at that will take central banking further away from the purely financial and deeper into the realm of the real economy and of politics. That should be just as clear today as it was yesterday before the minutes – but apparently it wasn’t, and hence the market swings and roundabouts.

The one thing that caught my eye personally was the passage which said the Fed would have to sharpen its language around its asset purchases in terms of “fostering accommodative financial conditions and supporting economic recovery.” One can read that lots of ways; but to this reader it says:

“We have to explain to the public far better why we are buying the assets of cash-rich mega companies that does nothing to help struggling SMEs and those on Main Street who can’t borrow, and which also exacerbates both irrevocable market and real economy distortions, such as it is.”

Don’t expect much financial TV analysis to hang on those kind of portions of the minutes.

Yet the deeper the Fed, and indeed all central banks, go into the guts of our overall political-economy, the more their over-reach weaves enough rope to one day hang themselves. As Lenin is supposed to have said, “The Capitalists will sell us the rope with which we will hang them”. Nowadays it’s the buying, not the selling that will do the trick.

Meanwhile, the PBOC –which obviously is an integral part of its political-economy and will always remain so, despite market scribblers writing about it as if it operates on the same remit as the BOE or RBA– is reportedly looking at further ways to inject more liquidity after the net CNY620bn already pushed into its banking system this month so far, including via MLFs and reverse repos. Apparently, without doing so it will struggle to keep financial conditions accommodative, and today’s commentary is about the potential for a further RRR cut to release another CNY900bn in lending capacity, and what else can be done to boost this. Not that it is cutting rates, mind you: the 1-year Loan Prime Rate (“China’s Fed Funds”) stayed at 3.85% today, and the 5-year LPR at 4.65%.

This is all fine…. until one joins-the-dots-plot to wonder how Chinese banks can keep extending credit and buying government bonds willy-nilly, as ordered, if that means they are continually burning through cash buffers and so needing more PBOC support. Isn’t bank lending supposed to generate a return? When do bond yields need to rise, hurting the government, to help the banks? How low can RRRs be cut and how much MLF can be extended before FX markets grasp the PBOC is back-stopping unproductive bank loans and/or fiscal spending at very little distance removed – which seems to be why USD has been so unloved recently? Questions, questions. No answers. Other than that the market thinks 6.92 is fair value for USD/CNY. If only it were a fair market.

Today has minutes from the ECB, which even pre-EU agreement on what might eventually be a EUR750bn stimulus package (over time) will hardly differentiate it from what is going on at the Fed and the PBOC, if one looks at the bigger picture. Which EUR doesn’t seem to want to do: it continues to look rich, even after the overnight drop.

Actually holding up today is TRY, at 7.30, after news Turkey has found energy (probably gas) in the Black Sea. Of course, there’s still the issue of how much, how deep, and how to develop it, which is hardly an overnight job, and more so without FX reserves to back up the expensive investment; and Ankara is still saying it will press ahead with energy exploration in the Eastern Med (in Greek and Cypriot waters, says the EU). Turkish energy imports vary, but have been in a USD35-50bn range in recent years: the Black Sea will need lots of the black stuff to keep TRY in the black. Food for thought as the Turkish central bank also meets today, where an on-hold decision is expected, even if a rate hike is what most economists say is actually needed.

Not likely to hold up so well is NZD when one listens to the RBNZ, whose Assistant Governor Hawkesby (or should that be Dovesby?) said today the bank is prepared to consider lower rates, negative rates, a Funding for Lending Program, purchases of foreign assets(!), and interest rate swaps to provide further policy optionality. They favour starting with negative rates and more funding for lending. So jiggery-pokery it is, and one wonders how long until the politicians notice.

The Reserve Bank of India has its minutes out today: and it’s not as if there isn’t a lot of market chatter about what more it can or should do, and worries from our side about what that would mean for INR, if so.

The BoC’s governor also speaks, just to make sure another central bank with a skyrocketing balance sheet gets in on the action. The Canadian government, meanwhile, has just lost its finance minister in throw-yourself-on-your-sword circumstances, and seen PM Trudeau try to shift the focus from (another) ethics scandal by proroguing parliament –sending everyone home– to announce a massive, “transformational” increase in social spending at a time when the fiscal deficit is already 16% of GDP. Spending which the BOC will be backing, one way or another.

So many reasons to want to be short USD, aren’t there?