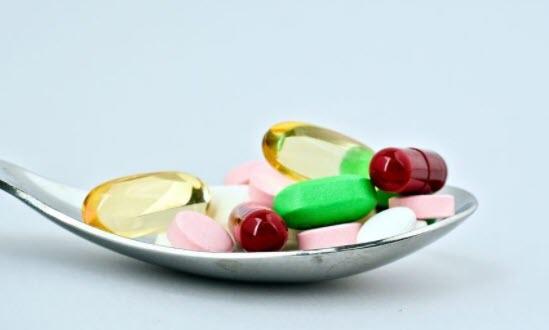 ‘Morality Pill’ A Cure For The Pandemic?

Authored by Eric Utter via AmericanThinker.com,

Western Michigan University ethics professor Parker Crutchfield recently had an essay published in The Conversation in which he said psychoactive medications might be the most effective way to fight the spread of COVID-19.

To me, it seems the problem of coronavirus defectors could be solved by moral enhancement: like receiving a vaccine to beef up your immune system, people could take a substance to boost their cooperative, pro-social behavior. Could a psychoactive pill be the solution to the pandemic?

He reiterated the idea later in the essay, saying:

I believe society may be better off, both in the short term as well as the long, by boosting not the body’s ability to fight off disease but the brain’s ability to cooperate with others. What if researchers developed and delivered a moral enhancer rather than an immunity enhancer?

Yes, that is precisely what we need most.

A “morality pill.”  What could go wrong with a government mandating the usage of a “morality enhancing” drug to make its citizens more “cooperative” and compliant?  Forcing people to comply with whatever the state mandates — by way of mind-altering drugs — sounds like a great idea!  People would never again take their masks off, never leave their abodes, always strictly comply with all social-distancing laws and regulations.  Follow Big Brother’s rules, and we can eliminate the coronavirus.  And free will, freedom, acts of conscience, and our souls.  Perhaps it would be best if we turned to God as our moral enhancer rather than science.

The Nazis would have loved the idea of a pill to make the Jews more malleable and compliant.  It would have made the Holocaust easier.

I’m sure China will run with Crutchfield’s idea.  It already grades its citizens on their social behavior and acquiescence to the government’s wishes.  Maybe everyone could get a perfect score!

But let’s not be xenophobic.  Can you imagine if today’s Democratic Party had morality pills to dispense?  If they controlled all three branches of the federal government as they control most of America’s big cities, do you truly doubt they’d push the pills as the best possible way to “flatten the curve”?  Look at the actions of some of the country’s Democratic governors and mayors.  They have already mandated the use of face masks (even outdoors), arrested people for paddle-boarding or sunbathing, told people they cannot leave their homes for long stretches of time, and banned weddings and funeral attendance.  I wouldn’t put it past them to demand we all wear tweed jackets and clown shoes while mandating the taking of our daily morality pills.

I can almost hear Big Brother (Nancy Pelosi?) saying, “And remember, citizens: vote a straight Democratic ticket this coming election.  It’s the right thing to do.”