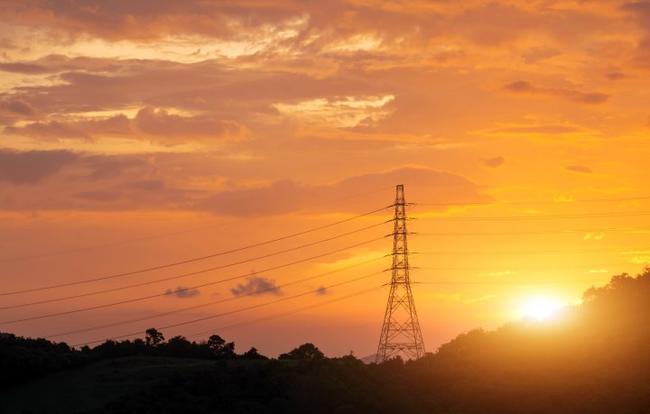 More than a million Californians suffered power blackouts last Friday evening [and continue under the threat of more rolling black outs]. When high temperatures caused customer demand to exceed the power available, California electrical utilities used rotating outages to force a reduction in demand. The California grid is the worst in the nation, with green energy policies pursued by the state likely furthering reduced grid reliability.

At 6:30 pm on Friday, Pacific Gas and Electric, California’s biggest utility, began shutting off power in rolling outages to force a reduction in demand. Southern California Edison also denied power to homes, beginning just before 7 pm. Shutoffs impacted a rotating group of up to two million customers until 11 pm.

In 2018, 19 percent of California’s electricity came from roof-top and utility-scale solar installations, the highest percentage in the nation. But by 6:30 pm each day, that solar output approaches zero. The state lacks enough reliable electricity generation capacity to run the air conditioners during hot summer evenings.

California has the least reliable electrical power system in the US. It isn’t even close. According to data by Eaton Corporation, the state leads the US in power outages every year, with more than double the outages of any other state over the last decade.

The causes of power outages can be divided into four major groups, which in order of importance are weather or downed trees, faulty equipment or human errors, unknowns, and vehicle accidents. California suffered the largest number of outages in each category in each year for 2014 through 2017.

For more than a decade, California has been closing coal and nuclear power plants. Recently, the state also began closing natural gas-fired plants as part of a continuing effort to fight global warming.

In 2006, Senate Bill 1368 established California’s Emissions Performance Standard, an effort to reduce state greenhouse gas emissions from power plants. Since 2007, 11 in-state, coal-fired plants have been closed as a result, with an additional 3 converted to biomass fuel. California also slashed imports of electricity generated from coal plants. The Argus Cogen plant in Trona is the last remaining coal plant.

California nuclear plants, though not emitters of greenhouse gases, are also being phased out. The second and third units of the San Onofre nuclear generating plant near Los Angeles ceased operation in 2013. The Diablo Canyon plant, the last nuclear plant in California, is scheduled for closure in 2025.

Driven by state efforts to reduce greenhouse gas emissions, gas-fired plants are also being shuttered. Natural gas generating capacity has fallen by more than 10 percent since 2013, with additional reductions planned.

Following the blackouts last Friday night, blackouts resumed at 6:30 pm on Saturday. Power officials blamed the loss of 1,000 megawatts of wind power when the wind subsided and the unexpected shutdown of a 470-megawatt power plant. It’s clear that the state does not have enough reliable baseload power as backup for intermittent wind and solar energy.

The problem of California’s poor electric reliability will likely get worse. On September 10, 2018, then Governor Jerry Brown signed Senate Bill 100, committing California to obtain 100 percent of its electricity from “clean energy sources” by 2045. Replacement of coal, nuclear, and natural gas generators with wind and solar will continue erode grid reliability.

As part of global warming efforts, officials want all citizens to switch their natural gas stoves and furnaces to electric models. More than 30 California cities have enacted bans on gas appliances, including the major cities of San Francisco and San Jose. Almost 10 percent of the state population now lives in an area covered by restrictions against gas appliances in new residential construction.

California also wants residents to transition from gasoline- and diesel-powered cars and trucks to plug-in electric models. So, when those blackouts occur in the future, not only will your lights and air conditioners fail, but you won’t be able to cook your food or drive your car either.

California sacrificed reliable electrical power on the altar of the fight against global warming. There is no evidence that state efforts will have the slightest effect on global temperatures, but they will be great for candle and flashlight sales.

Steve Goreham is a speaker on the environment, business, and public policy and author of the book Outside the Green Box: Rethinking Sustainable Development.