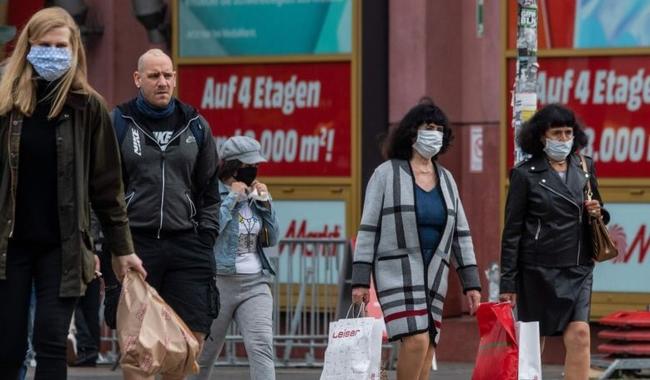 
Germany is about to try their hand at a universal basic income (UBI), after 1,500 people signed up for a three-year study to observe the effects on the economy and the wellbeing of the recipients, according to Business Insider.

Of those who signed up, 120 individuals will receive the equivalent of US$1,430 per month for three years – just above Germany’s poverty line. Their lives will be compared to the remaining 1,380 people who will not receive the payments. The participants will be asked to complete questionnaires about their lives – including their emotional state and their work status, to see if UBI has had a meaningful impact.

Of course, as we and others have noted over and over and over, UBI experiments typically end in disaster. That said, it really helps if you’ve got a giant printing press and happen to be the world’s reserve currency during a pandemic (and for how long?). The study will also seek to determine whether UBI is a disincentive to work, or whether people will continue to ‘do fulfilling work, become more creative and charitable, and save democracy,’ according to the study’s lead investigator, Jürgen Schupp.

Germany’s experiment has been funded by 140,000 private donations, and is being conducted by the German Institute for Economic Research.

Universal basic income is the idea that a government should pay a lump sum of money to each of its citizens, usually once a month, regardless of their income and employment status, effectively replacing means-tested benefits.

Its proponents argue that it would reduce inequality and also improve public wellbeing by providing people with more financial security. Its opponents say it would be too expensive and discourage people from going to work. The idea has gained traction in recent years amid recent financial crises and growing inequality in some Western countries. –Business Insider

Schupp told Der Spiegel that the experiment would produce scientific evidence that would ‘improve the debate’ over UBI.

“The debate about the basic income has so far been like a philosophical salon in good moments and a war of faith in bad times,” he said, adding “It is — on both sides — shaped by clichés: Opponents claim that with a basic income people would stop working in order to dull on the couch with fast food and streaming services. Proponents argue that people will continue to do fulfilling work, become more creative and charitable, and save democracy.

“Incidentally, these stereotypes also flow into economic simulations as assumptions about the supposed costs and benefits of a basic income.

“We can improve this if we replace these stereotypes with empirically proven knowledge and can therefore lead a more appropriate debate.”

A pro-basic income lobby group called Mein Grundeinkommen is funding the experiment. The group has used donations from its supporters to fund monthly €1,000 ($1,194) payments of for 668 people since 2014.

Finland experimented its with own form of Universal Basic Income for nearly two years between January 2017 and December 2018 but concluded that while it led to people out of work feeling happier, it did not lead to increased employment, the BBC reported. During the experiment, 2,000 unemployed Finns received €560 ($667) a month. –Business Insider

As we noted in 2018, The Telegraph explains Universal basic income is a form of cash payment given to individuals, without means testing or work requirements. In some models this is at a rate sufficient to cover all living expenses.

As Nathan Keeble wrote (via the Mises Institute) in 2017: “A universal basic income is not the god-sent welfare policy that it initially seems to be. It does not create incentive to work. It won’t help solve unemployment, and it will not alleviate poverty. The truth is that a UBI will exaggerate all of these factors in comparison to what would exist in a more unhampered market. There is even reason to think that it would be worse in the long run than traditional, means-tested welfare systems.”