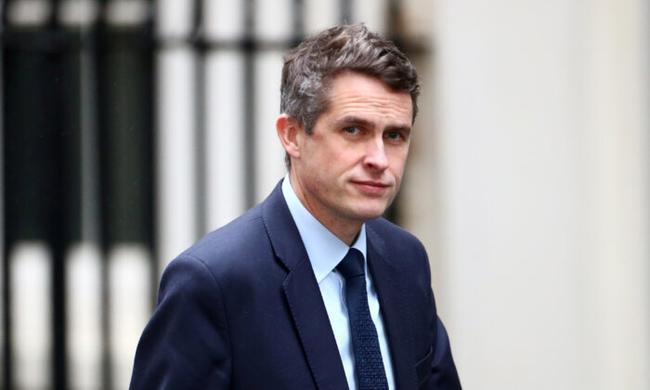 
Authored by Mary Clark via The Epoch Times,

Britain’s education secretary has reversed a decision over how to grade this year’s school exams in England, rejecting the grading system that had replaced the tests cancelled because of the ongoing CCP virus pandemic.

On Monday, the government shelved a mathematical model used by exam regulator Ofqual to moderate and standardize the student grade predictions, called Centre Assessed Grades (CAGs), that were made and submitted to Ofqual by teachers.

The government has now reverted to only using the CAGs submitted by teachers to award exam results.

Education Secretary Gavin Williamson said that the government had acted after realizing that exam results had been skewed by the “too many anomalies” behind the algorithm used in the Ofqual grading system.

Ofqual had developed the contingency grading system to manage results when exams were canceled due to school and college closures in the lockdown triggered by the CCP (Chinese Communist Party) virus, commonly known as novel coronavirus.

Announced in April, the grading system used an algorithm meant to produce fair grades that were overall in line with previous years’ results.

The Ofqual model’s algorithm, however, had lowered results for almost 40 percent of students taking their main school-leaving exams.

University places depend on the results, but many students found their grades had been downgraded by the algorithm, meaning many failed to meet their provisional offers.

Students hold placards as they protest outside Codsall Community High School to demonstrate against the downgrading of A-level results near Wolverhampton, central England, on Aug.17, 2020. (Paul Ellis/AFP via Getty Images)

The government reversal came after days of criticism of the algorithm from students, teachers, and lawmakers, and from Prime Minister Boris Johnson’s own ruling Conservative Party as well as from the opposition.

“The Tories’ [Conservatives] handling of these results sums up their handling of this pandemic: incompetent,” opposition Labour Party leader Keir Starmer wrote on Twitter.

Johnson and Williamson received further criticism in the British media on Tuesday after what the papers described as a “humiliating” U-turn, which days earlier the government had ruled out.

Williamson told Sky News, however, that the government had done what was “the right thing to do.”

“When it was clear that the system wasn’t delivering what we believed, and what we’d been assured that it would do, and the fairness that we all expect it to deliver … then further action had to be taken; that’s what I did,” he said.

The government announcement parallels and comes on the same day as a statement from Ofqual Chair Roger Taylor.

“The pandemic has created circumstances no one could have ever imagined or wished for,” he said.

“We want to now take steps to remove as much stress and uncertainty for young people as possible—and to free up heads and teachers to work towards the important task of getting all schools open in two weeks.”

Taylor also said he appreciated that “real anguish” had been caused, that public confidence in exam qualifications had been damaged, and that it was “incorrect” to have burdened teachers with appeals against lowered grades as the new September term loomed.

“For all of that, we are extremely sorry,” he said.

“We worked with Ofqual to construct the fairest possible model, but it is clear that the process of allocating grades has resulted in more inconsistency and unfairness than can be reasonably resolved through an appeals process,” he said in a statement.

“I am sorry for the distress this has caused young people and their parents but hope this announcement will now provide the certainty and reassurance they deserve.”

A snap opinion poll published on Monday showed 75 percent of respondents thought the government had handled the situation badly and 40 percent thought Williamson should resign. He said he would not quit.

The change, however, puts pressure on universities, as more students have obtained the grades needed to get into their first-choice institution.

The government said they are setting a “clear expectation that they [universities] honor all offers made and met,” and Williamson said the government was working on how to boost their capacity.

The government statement explained that grades awarded by the Ofqual grading system could still stand if they were higher than the CAG grade submitted by teachers, which the revised awards will reflect.

“This will cause challenges at this late stage in the admissions process—capacity, staffing, placements, and facilities—particularly with the social distance measures in place,” Universities UK, the body which represents the sector, said.

The government said it recognized the move to CAGs would have implications for students and universities and intends to “remove student number controls” in a bid to put student interests first and remove obstacles to their progress.

Universities Minister Michelle Donelan will lead a new task force, working with education groups, “to ensure students can progress to the next stage of their education,” the government said.

The government’s decision refers only to England. Scotland faced a similar situation and changed its policy last week, and Wales and Northern Ireland have also dropped the algorithm method, which factored in the past performance of the schools overall.

Schools and colleges will receive the revised grades this week and they will be given to students next week.