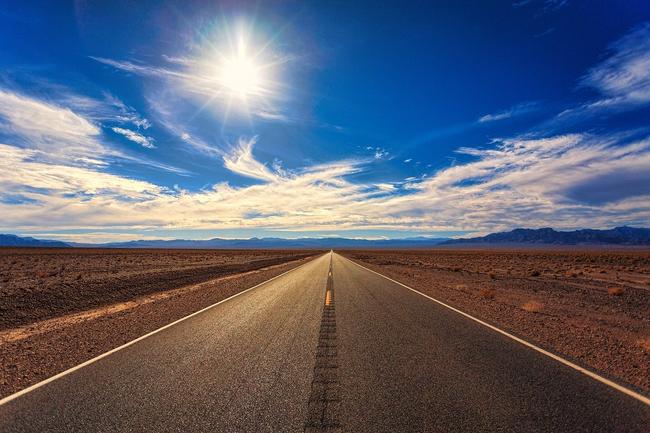 
Authored by Michael Snyder via End of The American Dream blog,

Every summer is hot, and every summer there are heatwaves, but what we are witnessing in 2020 is rewriting all of the rules.  It has been blistering hot across the Southwest, and record after record is being broken.  In a year when we have had a seemingly endless series of things go wrong, we definitely didn’t need a historic heatwave to hit us, and it is causing all sorts of problems.  Unfortunately, it doesn’t look like we will be getting any relief for at least a few more days, because it is being reported that record-setting heat is “expected to last throughout the week”…

As many as 52 million people remain under heat alerts in the West on Monday, where some could see temperatures between 110 and 130 degrees. The heat is expected to last throughout the week, possibly setting more than 100 new daily record highs.

But it just did.

On Sunday, the high temperature in Death Valley reached 130 degrees…

A temperature of 130 degrees Fahrenheit (54.4 degrees Celsius) recorded in California’s Death Valley on Sunday by the US National Weather Service could be the hottest ever measured with modern instruments, officials say.

The reading was registered at 3:41 pm at the Furnace Creek Visitor Center in the Death Valley national park by an automated observation system — an electronic thermometer encased inside a box in the shade.

Prior to Sunday, modern instruments had never measured a temperature that high anywhere in the world.

The old all-time global record of 134 degrees has stood since 1913, but the validity of that old record has been heavily disputed…

In 1913, a weather station half an hour’s walk away recorded what officially remains the world record of 134 degrees Fahrenheit (56.7 degrees Celsius).

But its validity has been disputed for a number of reasons: regional weather stations at the time didn’t report an exceptional heatwave, and there were questions around the researcher’s competence.

In any event, everyone can agree that what happened on Sunday was truly a historic event, and it definitely wasn’t an isolated incident.

Just one day before, we witnessed a new daily record high temperature in Sacramento…

Downtown Sacramento set a new record-high temperature of 111 degrees on Saturday, during what is the biggest heatwave of the year so far in the area.

Palm Springs shattered the previous record of 117° for today’s date by recording 120° this afternoon! Thermal set a record for the ‘highest minimum’ for the days date with a low temperature of just 92° this morning.

Needless to say, all of this heat is putting an enormous amount of strain on California’s power system as people endlessly stay indoors and try to cool off.  In fact, things have gotten so bad that authorities just announced “the first rolling blackouts in the state since 2001”…

As California struggles to rebound from the coronavirus pandemic, wilting heat and wildfires, it’s facing another dangerous crisis: blackouts.

As temperatures broke records across the state, California energy officials announced the first rolling blackouts in the state since 2001 and warned that the state was bracing for what could be the largest power outage it has ever seen, likely on Monday.

Do you remember those crazy days back in 2001?

It seems like it was just yesterday that the Enron scandal erupted, but it really was almost 20 years ago.

Where has the time gone?

Officials are hoping that the rolling blackouts in California will be limited to this week, but they aren’t making any promises.

Meanwhile, record high temperatures are also happening in Nevada.  Las Vegas has been absolutely baking, and new record highs were being anticipated for both Monday and Tuesday…

It’ll be record-hot on Monday and Tuesday in Las Vegas, according to the National Weather Service, as southern Nevada bakes beneath a heat wave that tied a high-temperature mark on Sunday.

And over in Phoenix, there have already been eight days this year with a high temperature of at least 115 degrees, and that breaks the old record that was set in 1974…

According to the National Weather Service in Phoenix, Phoenix reached 115°F during the afternoon hours of August 17, breaking a record set in 2013.

Quite a few years ago I was in Phoenix during a heatwave, and I remember absolutely scorching the bottoms of my feet when I walked along a concrete path without any shoes on.

Dangerous heat is a constant reality this time of the year in Phoenix, but residents have learned how to live with it.

However, the record heat that we are seeing this year combined with extremely dry conditions have created an ideal environment for giant dust storms, and the millions of people living in the area have been warned that some are likely in the days ahead.

Throughout the Southwest, we are starting to see alarming patterns emerge.  If you look at the latest U.S. Drought Monitor map, you will notice that nearly the entire Southwest is already in some stage of drought right now.  In the 1930s, very high temperatures and exceedingly dry conditions for months on end combined to create “the Dust Bowl”, and many are concerned that something similar may now be starting to happen.

Even if you are not yet convinced that a new “Dust Bowl” is coming, everyone should be able to agree that what we are witnessing in the Southwest right now is very, very unusual.

In so many ways, our world seems to be going completely nuts right now, and many believe that this is just the beginning.

The good news is that September is coming, and that means that the weather in the Southwest should begin to cool off a bit.

But throughout this year it has just been one crisis after another, and we shall see what else 2020 has in store for us in the months ahead.