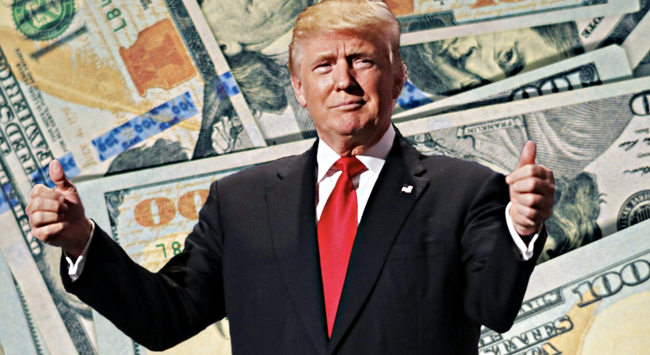 
Update (1408ET): Despite several more concession from the White House, Congressional Democrats have ratcheted up their demands if any new deal is to be struck on pandemic relief by the end of the week.

“While we have started to generate some forward momentum, we need our partners in the White House to go much further on a number of issues,” said Senate Minority Leader Chuck Schumer (D-NY) on Wednesday, according to Bloomberg.

The White House has already offered $400 per week in supplemental unemployment through December 14th – a proposal which Democrats have flatly rejected according to the report.

Treasury Secretary Steven Mnuchin and Meadows also put $200 billion in state and local aid — including $105 billion in education money — on the table, still far less than the $1 trillion Democrats were seeking. The White House also agreed on extending a moratorium on evictions through mid-December. –Bloomberg

Senate Majority Leader Mitch McConnell (R-KY) said on Wednesday that Democrats “continue to push their $3 trillion-dollar wish-list that even their own Democratic colleagues brushed off as absurd.”

According to Meadows, the concessions made by the White House are “far more substantial” than those made by Democrats.

In classic Trump Administration form, President Trump and his aides are trying to pressure Democrats into caving and supporting the White House’s trillion-dollar stimulus plan that would restore the additional $600 weekly unemployment benefit, by seeking to convince the leadership that they will try to cut them out of the deal entirely.

Yesterday afternoon, Politico reported that team Trump was looking into using an executive order to re-appropriate money already appropriated by Congress and instead redirect it toward restoring the federal money for the unemployed, as well as potentially restoring the federal moratorium on evictions. Last night, Trump told reporters that yes, all of this was true – except that the team was also considering a suspension of payroll taxes, something the president has long insisted upon, despite the fact that there’s almost no support for the proposal in Congress.

Prodded about all of this on Fox & Friends Wednesday morning, Trump again insisted that for all the help he was getting from the Democrats, he “may do it myself.”

And now, with the possibility of an executive order eliciting the typical “he can’t do that!” reaction from the mainstream press, Fox Business correspondent Charlie Gasparino – who we suddenly need to pay attention to again following his reports on TikTok last Friday – has just tweeted that not only is Trump 100% going for it with the executive order strategy (he’s seriously considering an executive order to extend the stimulus bill, but without any involvement from Congress), the president also thinks he can get Microsoft and TikTok to pay the US government as part of a deal.

BREAKING(thread): @POTUS is is considering an executive order on imposing the stimulus bill outside of Congress, ppl w direct knowledge tell @FoxBusiness. Maybe it is a bluff but he also thinks he can get @Microsoft to pay him to approve its @tiktok deal. If he goes through

w it there will be significant repercussions since the constitution gives congress the ultimate authority to tax and spend no matter how he and the supply-siders are rationalizing this move. More as I get it w @TeamCavuto 115pm

Of course, every political pundit and constitutional law expert on the “rent-a-quote” rolls believes there’s no way Trump could ever pull off the executive order.

However, experts say his authority to do so is limited given that the president only can postpone the payment of the tax for workers but not to suspend it.

“Congress has to pass tax laws, not the president,” Seth Hanlon, a tax-policy expert at the Center for American Progress, told Yahoo Money. “He has limited authority to postpone tax filing and payment deadlines, in instances of disasters.”

The tax code allows the president to postpone the payroll tax, though doing so in this case would be “a real stretch of his authority,” according to Hanlon. Such provisions are intended for situations when people can’t file their taxes, like in the case of a natural disaster.

Plus, a cut to the payroll tax wouldn’t benefit employees so much as employers, these experts explained.

Seeing all of this, a joke published a few days ago by the Onion comes to mind.

Trump Claims He Can Overrule Constitution With Executive Order Because Of Little-Known ‘No One Will Stop Me’ Loophole https://t.co/T7jTkpqAEM pic.twitter.com/3N8PnzhURW