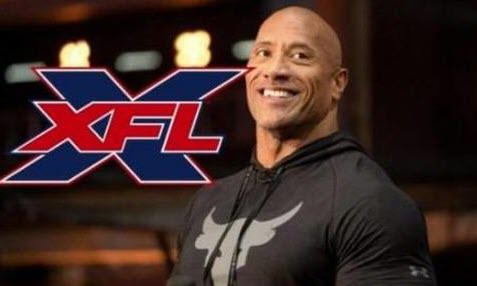 Reports on Monday mid-day have confirmed that the embattled league has been bought by a group that includes actor and former WWE star Dwayne “The Rock” Johnson.

The purchased occurred “just hours” before the league was set to go to auction, Yahoo Sports reported. The league was sold for $15 million, which was split between Johnson and his investment partner RedBird Capital. Dany Garcia, Johnson’s ex-wife and business partner, is also a stakeholder, Yahoo reports.

RedBird Capital is a PE firm that’s owned by Gerry Cardinale and is comprised of numerous sports investments, including French Ligue 1 soccer team Toulouse. The firm is also an investor in the YES Network.

XFL president Jeffrey Pollack said: “This is a Hollywood ending to our sale process and it is an exciting new chapter for the league.”

Recall, the XFL had just re-started prior to the Covid pandemic, dooming the league just months after it was enjoying a relatively successful reboot. It had started play in February 2020, just as the pandemic became global news.

With my trail blazing partner @DanyGarciaCo & Red Bird Capital, we have acquired the XFL.
With gratitude & passion I’ve built a career with my own two hands and will apply these callouses to our @xfl2020 brand.
Excited to create something special for the fans! #XFL #fullcircle pic.twitter.com/LprJ6HjglD