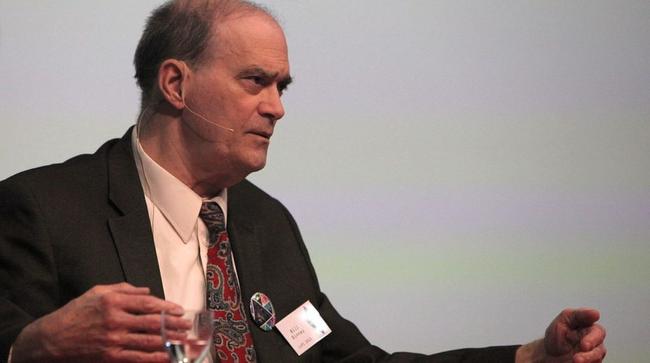 An important public statement was made on July 27th by Bill Binney, the U.S. Government’s top expert on the internet, and on computer hacking. He had been the Technical Director of the NSA when he quit and became a whistleblower against that Agency while George W. Bush was the U.S. President and invaded Iraq on the basis of faked evidence.

Binney has now laid out, in this speech, the evidence that he wants to present in court against Barack Obama’s CIA, that it defrauded Americans to believe in “Russiagate” (the allegation that Russia ‘hacked’ the computers of Hillary Clinton and Democratic Party officials and fed that information to Wikileaks and other organizations). Binney cites evidence, which, if true, conclusively proves that Russiagate was actually created fraudulently by the CIA’s extensive evidence-tampering, which subsequently became covered-up by the Special Counsel Robert Mueller, in his investigations for the Democratic Party’s first (and failed) try at impeaching and removing from office U.S. President Donald J. Trump.

Here is the transcript of his 10-minute speech (and I add links to explanations of the meaning of technical phrases, and also boldface for emphasis of his key findings, and I place into [brackets] explanatory amplifications of my own), summarizing why he is convinced that the CIA (under President Barack Obama) did this frame-up against Russia, ‘Russiagate’ — it’s a case that he is seeking to present to Congress, and in court, and to debate in public, instead of to continue to be hidden from the public; he wants to show, and publicly to debate, this evidence, so that the public will be able to see it, and evaluate it, for themselves:

Basically the problem is that I can’t seem to get the forensic evidence into a court or up into the mainstream of evidence for defeating-refuting Russiagate. The point is that in the Veterans Intelligence Professionals for Sanity we have a bunch of technical people including Kirk Wiebe and I and some others and some affiliates that were in the UK who also joined the analysis process, and we were looking at the files posted by Wikileaks, because the allegation from the beginning is that Russia hacked the DNC and gave the emails to Wikileaks to publish. So, we looked at those emails, to see if there was something there that might give us some idea of how Wikileaks got that data. Well, in all the 35,813 emails that they posted in three batches, one [batch was] downloaded according to last modified times on the 23rd of May, and another on the 25th of May, and one [other] on the 26th of August, of 2016. Now, all those files, all 35,813, had a last modified time that was rounded off [rounded up] to an even [the next-higher] second, so they all ended up in even [meaning complete or full, not fractional] seconds. Now, if you know anything about data processing and data storage and things of that nature, there is a program that was quite common in the past [including 2016] using what’s called fat file formatting file allocation, table formatting, which is a process that when doing a batch process of data and transferring it to a storage device like a thumb drive or a CD-ROM, it rounds off the last modified time to the nearest even [next-higher] second, so that’s exactly the property we found in all that data posted by Wikileaks. Now, that said very simply this data was downloaded to a storage device a CD-ROM or a thumb drive and physically transported before Wikileaks could post it, so that meant it was not a hack [since there’s no rounding off to the next-higher second, as it would be if it’s a file that’s been carried over the internet], no matter how you look at it. We’re looking at the forensic evidence that says the DNC emails were not hacked, they were downloaded and physically transported to Wikileaks.

And, then, we had the other issue, [which was] with Guccifer 2. Now, Guccifer 2 came out shortly after, you know, Julian Assange announced that he had emails on Hillary Clinton, and so on, and the DNC. Well, we looked at all the material that Guccifer 2 posted and [he] was saying here are the hacks that I did on the DNC. He claimed he did one on the fifth of July, and one on the first of September, of 2016. Well, when you start looking at that — and we looked at the files — he posted a series of files, with file names, the numbers of characters in the file, and a timestamp at the end of the file. Then, the next file number of characters and timestamp, and so on, for I don’t know how many thousands of files. So, we looked at all those files, and we ran a program to calculate the transfer rate of all that data, because all you have to do is look at between the two time stamps, the file name and the number of characters in the file, and take the difference between the times [start-time versus end-time], and that’s the transfer rate for that number of characters, so we found that the variations ran from something like 19 to 49.1 megabytes per second. Now, that means for 19 to 49 million characters per second, and [yet] the world wide web would not support that rate of transfer, not for anybody who’s just, you know, a hacker coming in across the net, trying to do it. They won’t support that kind [speed] of transfer, and some people thought we could be wrong [and] that it could be done, and so we said okay, we’re going to try it. So, we organized some hackers in Europe, to try to transfer a data set from the U.S. over to Europe, to see how fast we could get it there, and we tried it from Albania, and Serbia, a couple of places in the Netherlands, and London. Well, we got various rates, but the highest rate we got was between the data center in New Jersey and one in London, and that was [the one which had gone at] 49.1 megabytes per second, and it went at 12 megabytes per second, which is one-fourth the rate, little less than one-fourth the rate necessary to do the transfer at the highest rate that we saw in the Guccifer 2 data, which meant it didn’t go across the net, so, in fact, the file rate transfers couldn’t. We were nowhere near the maximum rate that [would have been necessary if this had been a hack]. And so we said, okay, if anybody has a way of getting it there, let us know, and we’ll help you try to get to do that, and so far no one has ever come forward to dispute either the facts on the DNC data last file, modified file times, nor the transfer rates, for the Guccifer 2.

Plus, there’s another factor with Guccifer 2, there’s actually two more with Guccifer 2 data, the first of the five July data, and the one September data, if you ignored a date and hour they could merge like you’re shuffling a deck of cards the holes in the five July data timing were filled by data from the first September, that said to us that Guccifer 2 was playing with the data, separating in the two files, saying he made two different acts and and doing a range change on the date and the hour on the one file, so this to us was also an indication of fabrication on the part of Guccifer 2. Then, there’s another factor: when Guccifer 2 put out some from files on 15 june of 2016, with the signatures of Russian saying it’s a Russian hack, our fellows in the UK looking at the data found five of those files at a minimum, I don’t know they’re through yet looking, but they found five files that Guccifer 2 posted on the 15th of June with Russian signatures saying the Russians did this because of a signature they found the same five files posted by Wikileaks from a Podesta emails and they did not have the Russian signatures, so that meant Guccifer 2 was inserting Russian signatures to make it look like the Russians did the [alleged] hack. Well, if you go back to the Vault 7 release from Wikileaks again, from CIA, and you look, they have this Marble framework program that will modify files to look like someone else did the hack, and who were the countries that they had the ability to do that, in the in the Marble framework program? Well, one was Russia, the other was China, North Korea, Iran, and Arab countries. Well, to us, then, that means that the fabrication of the insert of the Russian signatures means that somebody modified the file and made it look like it fits the Marble framework definition of doing that kind of activity, which thus says all of this boosts with two materials pointing back now to CIA, as the origin of it, that’s the basic evidence we have, and none of it points to Russia.

In fact, we can’t even find anything that points to Russia, when in fact the Mueller indictment, or the Mueller report, and that Rosenstein indictment, named some that they called trolls for the Russian government, the IRA, the Internet Research Agency, out of St. Petersburg, and Russia, they named it in a court document, and, well, the IRA over there said we are no way near, we are not in any way associated with, the Russian government, so they sent lawyers in to challenge that in the court of law here in the U.S., and the court charged the government to prove it, and they couldn’t, they couldn’t prove anything, and so the judge basically reprimanded them and said you were never to mention the IRA as in any way affiliated with the Russian government again, so their whole case was falling apart. Everything looked like the rooks were two potato, was a fabrication, the alleged hack and so on, all applications, fabrication, and even if you look at some of the testimony that came out from the Crowdstrike CEO [hired by the Democratic National Committee], I think his name was Sean Henry, he said we we had no indications of exfiltrating the data, but we had evidence that it was exfiltrated. Now, if he’s talking about the last modified times as an indication of exfiltration, which it was but it wasn’t from a hack it was from a download, so that download then is an indication it was done locally as were the Guccifer 2 data that couldn’t go across the net. It was a download locally. All that stuff happened locally. In fact, some of the data and the Guccifer 2 material had all the time stamps indicating it was done on the East Coast of the United States, we had one in Central time, and one on the West Coast, but most of them fell on the East Coast, so it implied that all this stuff  [both Wikileaks and Guccifer 2] was happening on the East Coast, and that really pointed right back at CIA, as the origin of all this fabrication.

Binney wants to present this case at trial, against the CIA’s top officials under President Barack Obama.