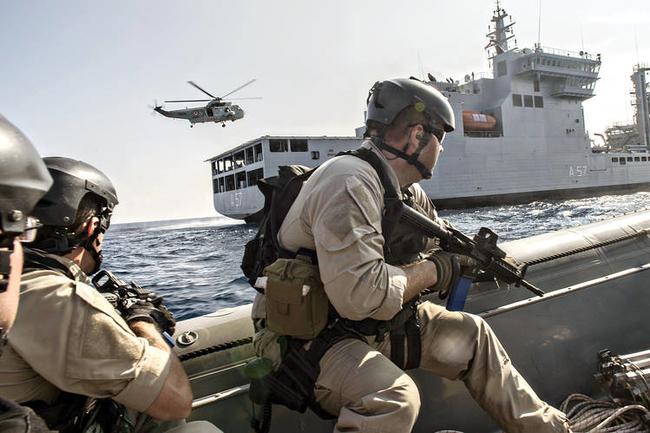 
Following last month’s rare border clashes between the Indian and Chinese armies along the Line of Actual Control in Ladakh which led to an unprecedented scores of casualties on both sides (at least 20 Indian troops were confirmed killed), the United States has joined India’s military in conducting large-scale naval exercises in the region.

Specifically the US aircraft carrier Nimitz carrier strike group carried out the joint drills in the Indian Ocean in what reports describe as “a sign of growing cooperation between the two naval forces in the region” as well as in support of “a free and open Indo-Pacific”.

“While operating together, the US and Indian naval forces conducted high-end exercises designed to maximize training and interoperability, including air defence,” the US navy said in a statement.

“Naval engagements such as these exercises improve the cooperation of U.S. and Indian maritime forces and contribute to both sides’ ability to counter threats at sea, from piracy to violent extremism,” it added.

It’s as yet unclear how long the ongoing joint drills will last, but it’s a clear message to Beijing after soaring tensions in the region. The USS Ronald Reagan is also in the area of the South China Sea, but is currently conducting separate ‘freedom of navigation’ related missions.

The US side includes the carrier USS Nimitz, the guided-missile cruiser USS Princeton, and guided-missile destroyers USS Sterett and USS Ralph Johnson, according to military publications. The Indian Navy has the destroyer Rana, the frigates Sahyadri and Shivalik, as well as the anti-submarine corvette Kamorta participating.

Reuters notes of the location: “The drills were carried out near India’s Andaman and Nicobar islands which sits near the Melaka Straits, one of the world’s busiest shipping routes for trade and fuel, an Indian source said.”