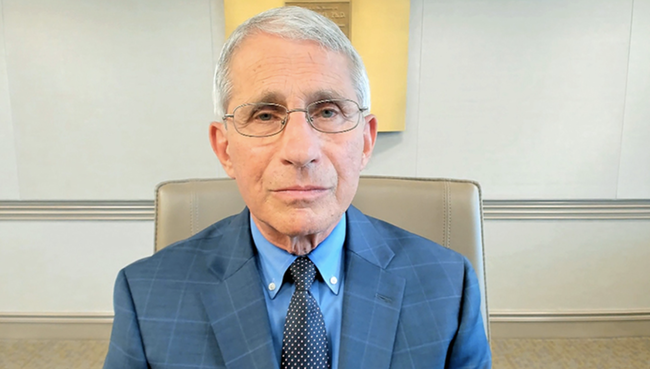 
President Trump is expected to lead tonight’s press briefing of the COVID-19 White House Task Force – the first time Trump will lead one of the task force’s briefings since he abandoned the daily briefing schedule back in late April.

But Trump’s presence isn’t the only notable personnel decision. Dr. Fauci and a handful of other task force members have confirmed to CNN that they had not been invited to the briefing, meaning that what we’re about to see is very likely to be 100% Trump.

That’s not super surprising. The president’s advisers have urged him to take a more high-profile approach in leading the virus response against Democratic rival Joe Biden.

“I think it’s a great way to get information out to the public,” Trump told reporters during a scrum in the Oval Office on Monday, saying he hopes to discuss progress on vaccines and therapies like remdesivir.

Trump has been tweaking his approach lately, even going so far as to belatedly tweet a photo of himself in a face mask Monday, calling wearing one an act of patriotism, after months of resistance to being publicly seen in the coverings.

Dr.Fauci told CNN’s Jake Tapper in a Tuesday interview that he is “assuming” he will not appear at President Trump’s briefing, since it’s due to start in less than an hour.

“I was not invited up to this point,” he told Tapper moments ago. “I’m assuming I’m not going to be there.”

The briefing begins at 1700ET.