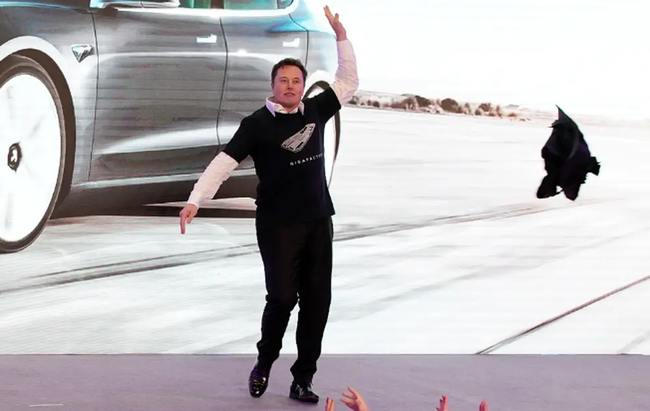 
After yesterday’s headline of potential record deliveries this quarter leaked from none other than electrek (who else?), Gordon Johnson had a sobering assessment of the situation in a note he released during the day on Tuesday.

His note made light of the fact that Tesla has denied such promotions but Johnson concludes that Tesla “engaged in a discounted fleet sale (the magnitude of which remains unknown – i.e., was it 5K cars, 10K car, or more/less) in June to hit is delivery numbers in China, and now those cars are being liquidated by the fleet buyer on Pinduoduo.”

He also questions what the discount Tesla offered the cars at was, given that they are being offered for a $5.7k discount on Pinduoduo. Recall, we reported in May that Tesla had slashed its price on the Model 3 in China to qualify for subsidies – and we reported this month that the company had slashed prices in the U.S. of its Model Y.

The conclusion is obvious, Johnson says: “Demand for TSLA’s cars, however marginal, is not as strong as it appears.”

KEY TAKEAWAY? Assuming our opinions here are correct, we see this as yet another sign of troubled demand for TSLA’s cars in China (and, as touched on below, even assuming TSLA’s denial is accurate, we still see this as indicative of a demand problem for TSLA’s cars in China). By way of background, we note that YiAuto, established in 2015, is a leading domestic automobile integrated service platform, which claims to have 50+ self-operated and 400+ alliance stores across China.

He says that gross margins will suffer as a result and that the sell side has selectively ignored this issue:

Gross margins will suffer incrementally (however, as we noted this am, with a number of non-organic/seemingly-deceptive accounting levers – our opinion – TSLA employs each quarter, where these discounts show up will likely prove nearly impossible to “audit”); and our sell-side peers continue to ignore items like this, which get to what we believe is complicity in consistently pushing a narrative of TSLA “beating” Street estimates (why is the Consensus est. for TSLA’s 2Q20 EPS -$1.20/shr, despite nearly EVERYONE assuming profit, and thus the run in the shares over the past few months on the expectation of S&P 500 inclusion).

After reiterating that Tesla has denied selling any cars to Pinduoduo or YiaAuto, Johnson ends his note by saying he is “skeptical” and that he does not believe “any automotive service platform in China is in the business of taking massive losses on the sale of automobiles.”

Even if Tesla is telling the truth about not selling the cars at a discount, he questions sustainability of demand in the country, which has a saturated EV landscape. “Caveat emptor,” his note concludes.