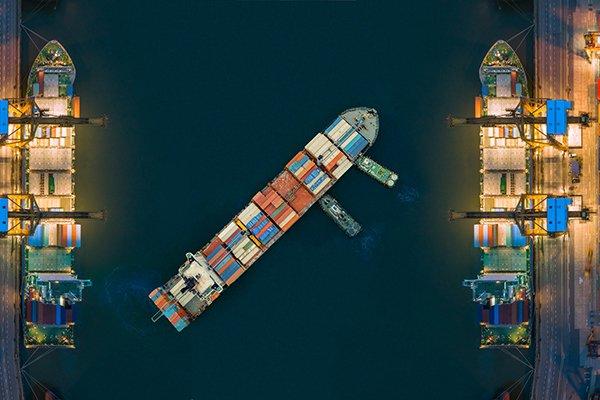 Both ports are some of the busiest seaports in the US. The Port of Los Angeles reported this week that cargo in June fell 9.6% compared to June 2019. The Port of Long Beach reported an 11.1% decline in cargo last month when compared to the same period last year.

The plunge in containerized volume at both ports is due to coronavirus pandemic crashing the global economy with world trade sinking in the last several months. Even before that, global trade volumes were waning as the US and China were engaged in a fierce trade war.

Gene Seroka, the executive director of the Port of Los Angeles, warned  Wednesday containerized volumes at the port could plunge 15% this year when compared with all of 2019.

Seroka said the port is operating well below capacity at around 80%-85%, adding that, slumping trade flows will profoundly impact dock jobs.

“Less cargo means fewer jobs here at America’s port and we’re watching this very closely,” he said. “Our labor shift work for our longshore groups is down 18% compared to the same period in 2019.

“Now, the double-hit is in full focus,” Seroka added, “with levels of cargo volumes not seen since the (2008) Great Recession.”

Imports at the Port of Los Angeles fell 13.7% for the first half compared to last year, and down 7% in June compared with the same month the previous year. Exports plunged 18% in the first half and 21% in June.

Last week, Mario Cordero, the Long Beach port’s executive director, said, “canceled sailings continued to rise at a rapid rate in the second quarter as ocean carriers adjusted their voyages to a decline in demand for imports during the national Covid-19 outbreak.”

Officials at both ports warned recessionary forces are damaging consumer spending, resulting in a reduction in products from overseas and further suggested containerized volumes could continue to decline through the second half.

“We’re seeing a miss on just about every season we cater to,” Seroka said of shipments. “The spring fashion season has come and gone without real impact, back to school will not be anywhere near what we’ve witnessed in the past. And the trade peak season that’s normally in August will be relatively flat simply because you and I are not out at the stores on a regular basis.”

Combined, both ports had 104 canceled sails in the first half, more than double the figure from 1H19.

Depressed containerized volumes at North America’s largest seaports tells us a lot about the broader economy and indicates there’s no V-shaped recovery in the cards this year.