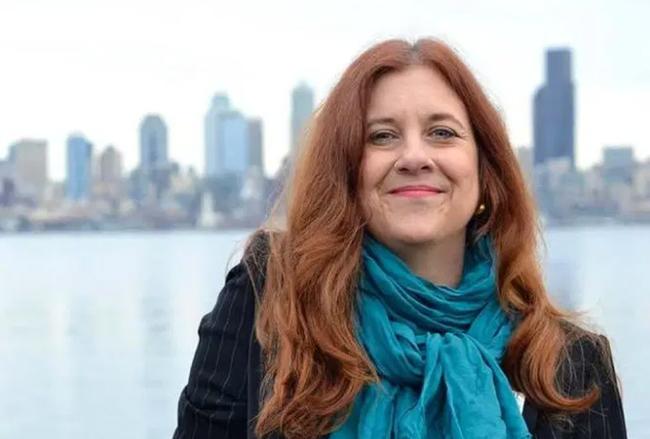 The Seattle City Council is facing something of a dilemma in its popular pledge of the Seattle City Council to cut the police budget by 50 percent. To do so would require firing a significant number of police officers, which is also popular. The problem is that the firing would be done by seniority and many of the less senior officers are black.

The solution according to City Council member Lisa Herbold is simple: fire officers based on their race.

Seattle Police Chief Carmen Best released a video calling the plan of Herbold and others “completely reckless.” She also sent a letter to Mayor Jenny Durkan warning that dramatic cuts would require the layoff of hundreds of officers. The Police Department also warned that the firings would include many minority officers.

The Department has made a conscious effort to hire employees, both sworn and civilian, who represent the diversity and values within our community. 3/4

It was only the last risk that concerned Herbold who promptly suggested discriminating on the basis of race:

In the case layoffs are necessary, one threat is firing BIPOC officers first. Chief can request the Public Safety Civil Service Commission ED for permission to lay off “out of order” when doing so is in “the interest of efficient operations of his or her department.”

Herbold insists that this would be perfectly legal despite the prohibitions under Title VII of the Civil Rights Act of 1964.

The EEOC amplifies this point on its website: “It is unlawful to discriminate against any employee or applicant for employment because of race or color in regard to hiring, termination, promotion, compensation, job training, or any other term, condition, or privilege of employment.”

In taking this position, Herbold is opposing one of the best known opinions by Thurgood Marshall. In McDonald v. Santa Fe Trail Transportation Co. (1976), Justice Thurgood Marshall wrote opinions that called for the broad interpretation of Title VII to protect everyone. In McDonald, two white employees were fired after a theft in the business.  The two white employees were held jointly and severally liable with a black employee. However, only the white employees were fired.  After they sued under Title VII, Marshall wrote for the majority in denouncing such discrimination against white employees, insisted that “racial discrimination in private employment against whites [must be] on the same terms as racial discrimination against nonwhites.”  He denounced “the illogic in retaining guilty employees of one color while discharging those of another color.”

This of course would be even more egregious since Herbold wants to fire white officers due to their race alone.  They would not be accused of any wrongdoing or failure.  The problem is their race.

It is notable that is not an action that is part of or in furtherance of a valid affirmative action plans ordered by a court or approved by a federal agency. See United Steelworkers of America v. Weber (1979) and Johnson v. Transportation Agency (1987). In Ricci v. DeStefano (2009), the Supreme Court ruled against the city of New Haven after a group of white firefighters and a hispanic firefighter challenged the refusal to certify the results of promotion exams in order to promote black firefighters who performed less well.  The Court held that the City’s refusal to certify the test was unlawful discrimination under Title VII. If found that “race-based action like the City’s in this case is impermissible under Title VII unless the employer can demonstrate a strong basis in evidence that, had it not taken the action, it would have been liable under the disparate-impact statute.”