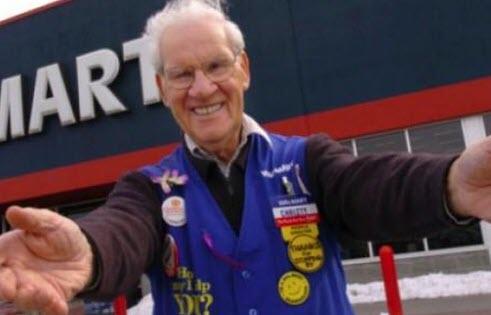 
Even scarier than the pandemic for some in this country is the idea that they may have to actually get up off the couch, look for employment once again and earn money the old fashioned way: doing something productive.

It’s now less than 14 days until Americans surviving on $600 per week in extra unemployment benefits could see their “lifelines” come to an end. The program, which was designed to increase unemployment during the pandemic, has accounted for a majority of the Treasury’s $100 million in jobless payments last month and is scheduled to end before August, according to Bloomberg.

At the same time these benefits end, the Fed will continue to pump billions, if not trillions, into capital markets, facilitating an even further spread between the “haves” and the “have nots” in the country. For many Americans, it also means that they may have to dive into the meager savings they have.

Stimulus talks in Washington seem to be stalled at the moment and until they progress, there will be no extension of the benefits. Democrats are calling to extend the program (surprise) and the Trump administration is battling to try and cap the amount that Americans can receive, rightfully claiming that the extra unemployment is a disincentive to return to work.

Employers are also standing with the Trump administration, arguing the obvious: the bump in unemployment has disenfranchised potential workers from going back to the job market. Despite this, job postings are lower by about 23% than they were in 2019.

One 63 year old former maintenance supervisor interviewed by Bloomberg called the extra $600 per week “a lifeline to our pre-pandemic existence.”

“It’s going to put me in an extremely uncomfortable and possibly threatening situation with my housing,” he said about the program potentially ending.

33 year old Amanda Steinhauser of Blackwood, NJ is earning about twice what she was making at her job from unemployment assistance. She’s used the bump in pay to pay off credit card debt and save “hundreds of dollars” per week.

But the fact that she is making more now than she was previously hasn’t stopped her from petitioning to keep the benefits, deeming them necessary to meet her new standard of living. She says that the loss of the benefits could cause her to run through her savings, which was ironically helped along by unemployment: “I have been looking for a job ever since I was laid off back in March, and I haven’t been able to find anything. If I don’t have that $600, I know I’m going to be screwed.”

42 year old Jill Haber, a former marketing professional, says the benefits have helped pay the bills but don’t make up her previous salary. She says she’s lucky to have savings: “I’m lucky in that I have that to dip into,” Haber said. “A lot of people don’t.”

Former bar manager Raven Gilbert was laid off in March. She says even with the added benefits, it still falls short of what she was making earlier this year. She qualifies for just $134 per week without it.

“I don’t know what will happen. I don’t know that I’ll be able to make my bills or buy enough food,” she concluded.

Maybe someone should just tell Raven to become a corporate bond fund manager and the Fed will take of the rest. She can go from $600 per week in free money to trillions in free money overnight. Or perhaps she could learn to code. And of course, there’s always…