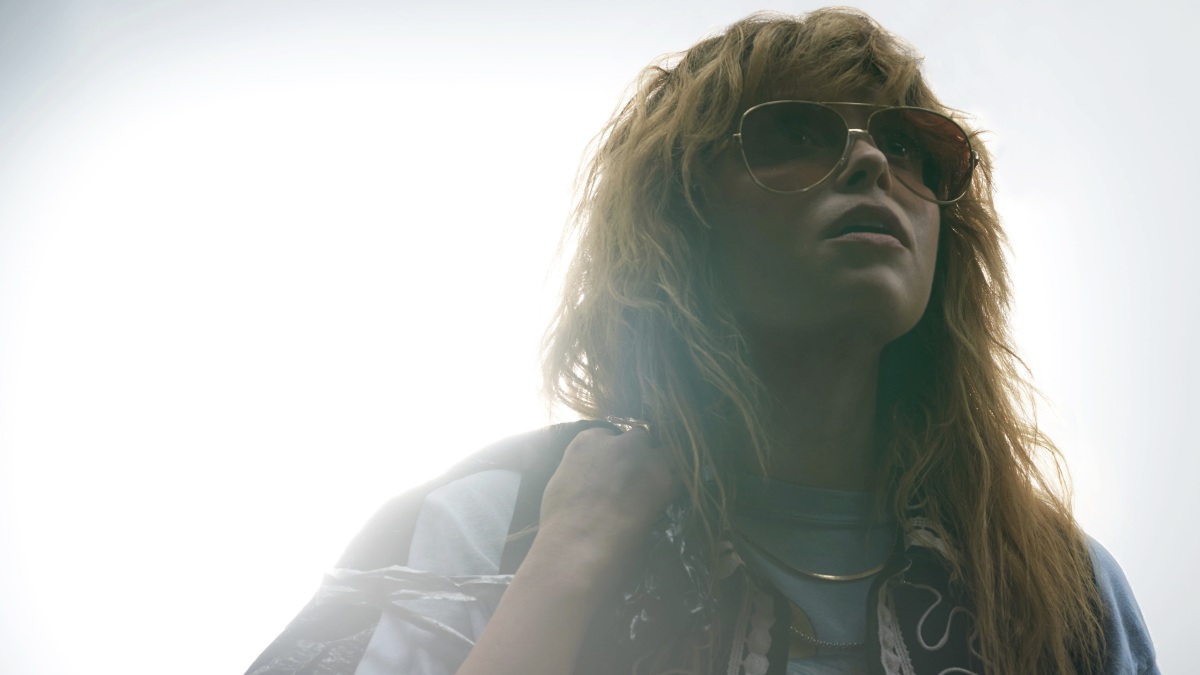 
As a mystery series created by Rian Johnson, Poker Face is guaranteed to be compared to Knives Out and Glass Onion. But don’t think for a second that this delightful new show is a retread of those films.

And Poker Face cements itself as a gem in its own right. Its effective mystery-of-the week format scratches any itch you may have for puzzly goodness (and for guest stars), all while introducing a phenomenal new case-cracker in Natasha Lyonne’s Charlie Cale. She’s a casino cocktail waitress with a heart of gold and the peculiar ability to always know when someone is lying. However, what at first seems like a useful talent actually ends up getting her into a lot of trouble. It’s not long before she’s out on the open road, flitting from small town to small town and stumbling upon murders only she can solve.

Poker Face draws on shows like Columbo to create something new.

Just one of many predicaments Charlie finds herself in.
Credit: Karolina Wojtasik / Peacock

Almost everything about Poker Face — from its warm, saturated cinematography to the font of its opening titles — evokes a sense of nostalgia, not unlike digging into a series from decades past. The most obvious comparison is to long-running detective show Columbo, which Poker Face clearly pays homage to throughout. After all, both series center on a lovably rumpled protagonist whose tenacity and unorthodox methods prove quite useful in murder investigations. Then there’s the structure. Like Columbo, Poker Face gives us an inverted mystery each episode, meaning we start the episode seeing who committed the murder and exactly how they pulled it off. The rest of the episode is spent watching Charlie put the pieces together. It’s not a “whodunnit,” but more of a “howcatchem.”

However, Poker Face adds an extra twist. Each episode also explores Charlie’s relationship with the murder victim. Often, they’re her friend or a confidant she meets on the road. These human connections give an extra layer of urgency to her investigation: Will she get them the justice they deserve? They also give the victims — always played by an excellent guest star — a bigger chance to shine before their untimely demises.

Poker Face‘s mysteries themselves are extremely well-crafted puzzle boxes. The murders and their cover-ups are deceptively mundane at first, but gradually grow more and more creative. Sure, the series may kick off with a hit man dispatching a victim with a simple gunshot, but soon we’re witnessing elaborate ruses involving a barbecue-centric radio show or a field trip to the zoo.

Even though we know how these murders are carried out, we’re still on the edge of our seats trying to see how Charlie will crack the case. Anything, no matter how small, can be a clue. Dental floss and quarters play just as big a part as security footage, if you can believe it. Truly, there are few things more satisfying than watching Charlie pick apart a villain with nothing but a few scraps of evidence and her lie-detecting abilities. Speaking of satisfaction, nothing beats the thrilling pause between every lie Charlie picks up on and the moment she calls bullshit. But just because she’s a “human lie detector” doesn’t mean Charlie is without her limits. She doesn’t know why someone would lie or what exactly they’re covering up, only that they’re lying. Poker Face works wonders within these constraints. Charlie often makes mistakes, sometimes even cozying up to one murderer to tell them her suspicions about their accomplice. These moments up Poker Face‘s suspense and humor. It helps that Lyonne sells them hard with Charlie’s dogged earnestness.

With her raspy voice and sharp delivery, Lyonne nails Charlie’s on-the-fly theorizing. She’s instantly endearing as a mystery solver who is very much not a detective. Charlie doesn’t have the law behind her; she’s simply a drifter trying to do well by those who have done her well. Her steadfast moral compass and unconventional tactics make her the perfect heart of Poker Face and a blast to watch.

Joining Lyonne in the “blast to watch” category is Poker Face‘s entire rogue’s gallery of guest stars, murderers and victims alike. From Judith Light and S. Epatha Merkerson as senior home schemers to Adrien Brody as a slimy casino boss to Lil Rel Howery as a barbecue tycoon, you are in for a veritable feast of fun from episode to episode.

Charlie is the only character to appear in every installment of Poker Face, but there is one recurring villain she needs to keep an eye out for: Cliff Legrand, a figure from her past played with cool menace by Benjamin Bratt. Their game of cat-and-mouse is an exciting overall arc to the season, although it is by no means the main focus.

Between countless killers and clues, Poker Face spins a lot of plates, but it never feels overloaded. Instead, each episode is a perfectly calibrated mystery packed with equal amounts of zaniness, tension, and straight-up awe. Just one episode of Poker Face‘s caliber would feel like a nice surprise; to have a season full of them is an absolute gift. Johnson, Lyonne, and showrunners Nora and Lilla Zuckerman have crafted the most fun murder-themed road trip you could ever ask for. All you have to do is hop into Charlie’s Plymouth Barracuda and enjoy the ride.