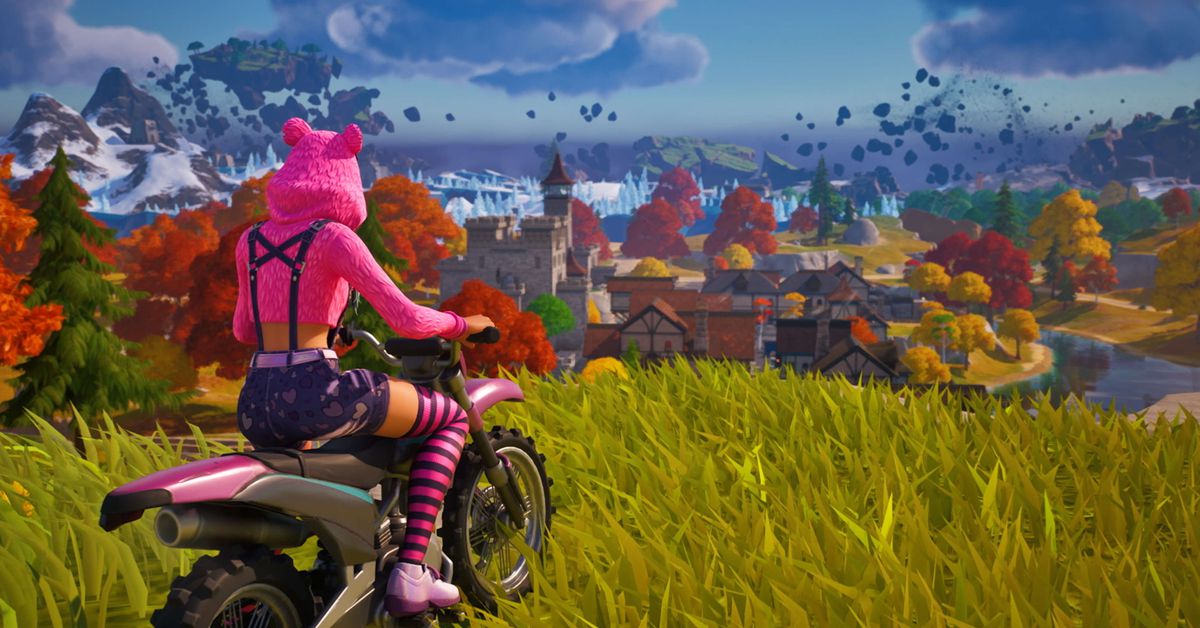 
Fortnite’s Chapter 4 Season 1 Week 8 challenges are mostly straightforward, but it does have a toughy: “Eliminate a player with no ranged weapons while on foot.” Completing this quest will earn you a sweet 16,000 XP, but it’s probably not one that you’ll complete just by playing the game normally.

There are a few ways you can complete this quest:

The first is to target a single player right away, dropping after them and chasing them down. Once they land, just beat them with your pickaxe and hopefully you’ll win the duel. This will work on unsuspecting players, but if they drop directly on a gun, that’ll pose a problem.

The second way is to aim for an AFK player by waiting until the bus forces everyone out. Follow any players that fall straight down, as they’re probably not loaded in or AFK. Once they get on the ground, hit them with your pickaxe.

The third way is to just use a Shockwave Hammer, which does a good chunk of damage. This can be kind of hard, as you won’t want to use the hammer’s ability to launch you into the air. You do just need to hammer them down with the regular attack, which can be a rough matchup against a gun-using player.

The fourth way to do this is to just fight with guns and drop them once the player you’re squaring off against gets low and hit them with the hammer or your pickaxe. It’s not super elegant, but it’ll work if you’re fast enough.

There are probably a few other ways to get this quest done, but these are the methods that made sense to us.

Why education matters amid $100 billion plus catastrophe losses