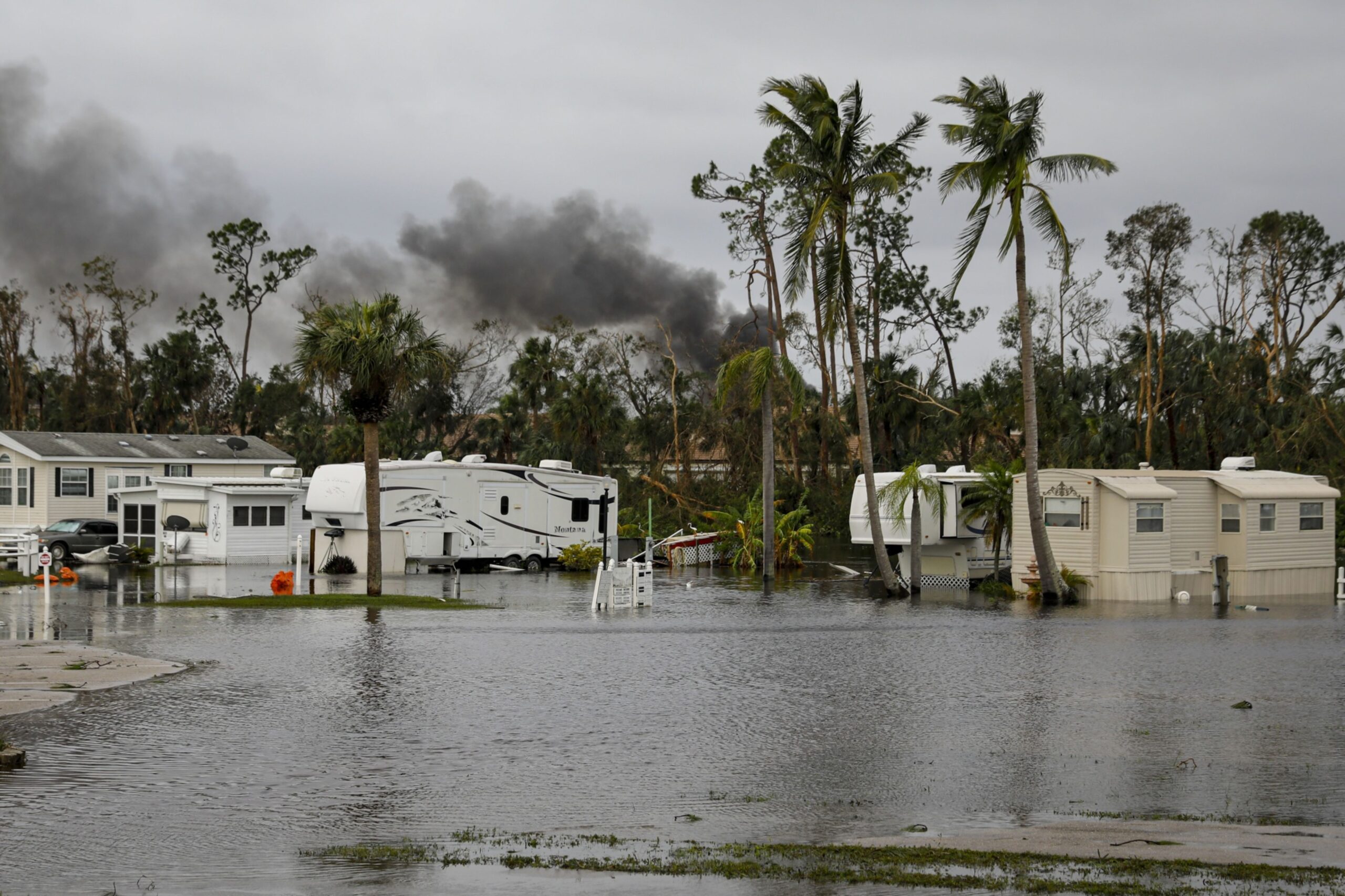 When it comes to climate impacts, the frontline of the finance industry is insurance. Last year’s payout from damages caused by extreme-weather events totaled $120 billion—about the same as the economic output of Kenya. And that’s a 50% increase over the previous decade’s average.

It’s becoming a big problem. Insurance provides companies and individuals with the peace of mind that, for a small premium paid regularly, they will be covered for when catastrophes such as floods or wildfires hit. However, if the payouts increase because more customers are making claims, then the insurance industry either takes in lower profits or it has to increase the regular premiums customers pay.

When things get bad for the insurance industry, it relies on the reinsurance industry to help out. Companies like Swiss Re and Munich Re provide cover for insurers who are being hit with much higher payouts than before. Reinsurers have had it worse, according to a Moody’s report published earlier this month, with its profits trailing those of insurers. That’s causing reinsurers to increase their premiums, limiting the types of coverage they provide, and even exiting some markets.

Now even the investors in reinsurers are unhappy about their investments as they get lower returns than expected. Following Hurricane Ian that hit Florida last year, investors aren’t putting as much new money into reinsurers, said Charles Graham, senior insurance analyst for Bloomberg Intelligence. Climate impacts are leading to “a domino effect,” he said.

“Our pricing signal should imply that you have to change your behavior,” said Christian Mumenthaler, group chief executive officer of Swiss Re, in an interview at the World Economic Forum in Davos last week. “But human beings generally don’t like to change their behavior.”

Take the case of Florida. After Hurricane Andrew hit in 1992, the level of damage was so extreme that it led to at least 16 insurers going bankrupt. So the state stepped in and created a fund that lowers insurance premiums.

That might seem like a good thing, but Florida’s vulnerability to extreme-weather events has only grown. Since 2020, 15 property insurers have gone insolvent. And the state has stepped in with a $1 billion fund to ensure more regional insurers do not run out reserves as Floridians get hit with more climate impacts.

The difficulties are forcing the insurance industry to get creative. There are three levers it can use to reduce climate risks: reduce its own emissions, force the companies it invests in to reduce their greenhouse gases, and create products that would help its customers shrink their environmental footprint.

NN Group NV, one of the largest insurers in the Netherlands, now has an insurance product that doesn’t simply replace a cracked screen of a smartphone but instead gets it repaired. Currently, the product is the more environmentally friendly option, but it costs the company more than simply buying a new phone. However, Chief Executive Officer David Knibbe is confident that it will also be more economical in the long term.

“We need to do a lot more still,” Knibbe said at an interview in Davos. “I have more examples, but it’s not a list of 20.”

The ultimate weapon the insurance industry can use is to stop insuring certain things altogether. Reinsurers Swiss Re and Munich Re have reduced their capacity in Florida by as much as 80%, as the state gets battered with more extreme-weather events. Swiss Re’s Mumenthaler says it has a policy to not insure new fossil-fuel projects, though he wouldn’t say which customers he has had to say no to as a result of the policy.

Seega says the insurance industry has come a long way from its early days when it used hunches to make decisions on risk. The industry has become more data-oriented, relying on history as a way to understand the future. The trouble now is climate change is making historical data a less reliable guide — meaning more innovation is needed to ensure the business survives.

Climate risks are “providing the insurance industry an opportunity to reinvent itself,” said Seega.

Akshat Rathi writes the Zero newsletter, which examines the world’s race to cut emissions. You can email him with feedback.

Photo: A flooded trailer park following Hurricane Ian in Fort Myers, Florida, US, on Thursday, Sept. 29, 2022. Hurricane Ian, one of the strongest hurricanes to hit the US, weakened to a tropical storm but continues to dump rain on the state as it makes its way up the US Southeast./(Bloomberg)