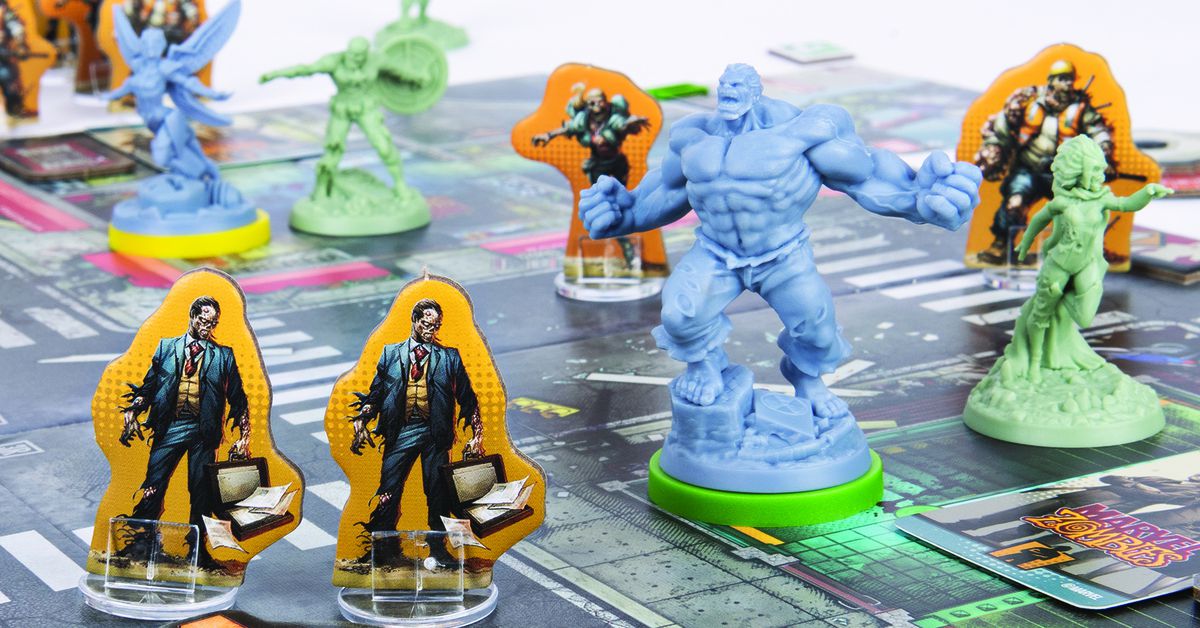 
Kickstarter’s revenue from tabletop projects was down $33 million in 2022. The 12.4% decline from 2021 is the first of its kind since 2014, marking the end of more than a decade of continued growth in that sector for the crowdfunding giant. Jon Ritter-Roderick, director of games at Kickstarter, placed the blame squarely on the current global economic slump.

“I think there are things that we cannot control,” Ritter-Roderick told Polygon in an interview last week. “There’s macroeconomic things happening in the world that we are not immune to, and that the entire tabletop industry is not immune to. The sales for the majority of the industry went down last year. This is outside of Kickstarter.”

Anecdotal evidence supports those conclusions, but hard data on the hobby games industry is hard to come by. What’s clear is that large organizations like Microsoft, Amazon, and even Polygon parent Vox Media are making cuts to their workforces, which will directly impact the spending power of workers in the future. Meanwhile, the United States Federal Reserve has yet to officially signal that the economy is in recession. Those determinations happen in retrospect, of course — only once a recession is in full swing or has already passed.

On the plus side, Kickstarter crossed the $2 billion mark for total money pledged to games (including video games) projects since its launch in 2009. But its longevity has also bred competition: Gamefound and Backerkit both pushed hard into the tabletop space in 2022, no doubt eating into Kickstarter’s revenue.

Ritter-Roderick said that internally at his company the calendar was filled with product launches and upgrades in 2022 — what he termed as substantial improvements to the Kickstarter platform. The pace of that work, said senior director of communications Kate Bernyk, is due in no small part to the efforts of its new CEO, Everette Taylor. But the overall pessimism among consumers in the United States appears to have substantially contributed to Kickstarter’s declines.

“Once the world starts talking about […] a recession, then all of a sudden, everyone kind of locks down a little bit,” Ritter-Roderick said. “Which makes sense. And I think that we just came off of 2020, 2021 — very profitable years for us — but also […] a lot of people [were] investing in themselves.”

The top 10 highest-earning projects on Kickstarter in 2022 included several of the biggest campaigns in that platform’s history. But the list is also crowded with companies that have run many, many campaigns over the years. Among them was CMON, which had two campaigns in the top 10 — its 50th and 53rd campaigns, respectively, since 2012. Also on that list is Steamforged Games, which brought in roughly $4 million for Elden Ring: The Board Game — its 15th campaign since 2016.

With so many teams using Kickstarter to launch new tabletop products into the world, many have begun to wonder if crowdfunding is the best way to support a healthy ongoing business and its workers. The boom-and-bust cycle of crowdfunding can be dangerous. Look no further than Wyrmwood, which failed in its quest to raise $3 million for its modular standing desk. That failure directly resulted in layoffs, announced in January.

So is crowdfunding the best option for companies looking for the capital they need to operate, year after year?

“I think [that] different companies have different needs,” said Ritter-Roderick. “For a company to be sustainable you have to have things happening throughout the year, usually. Unless you just have a huge campaign that raises $43 million out of the blue. Great! Good for you. But a lot of companies just need to be sustainable long term, and different companies have different needs. And I think they need to do what’s best for them. […] Having a company that just goes from Kickstarter to Kickstarter is one model, and there’s nothing that stops them from doing it. But ultimately, every company just needs to do what’s best for them.”

What gives Ritter-Roderick hope for 2023 is that more tabletop campaigns are finding success on Kickstarter than ever before, potentially creating a larger community of creators going forward. A total of 4,042 tabletop campaigns were successfully funded in 2022, compared to 3,520 in 2021. The success rate was 76.3%, up from 72% the previous year. That number is likely to increase with the return of Zine Quest, a big event the tabletop role-playing game community, to its traditional February time slot.

Of course, an increase in the number of campaigns also means that more creators are now competing for a smaller slice of the overall pie. The average successful tabletop campaign on Kickstarter earned on average $58,000 in 2022 — nearly $20,000 less than in 2021.