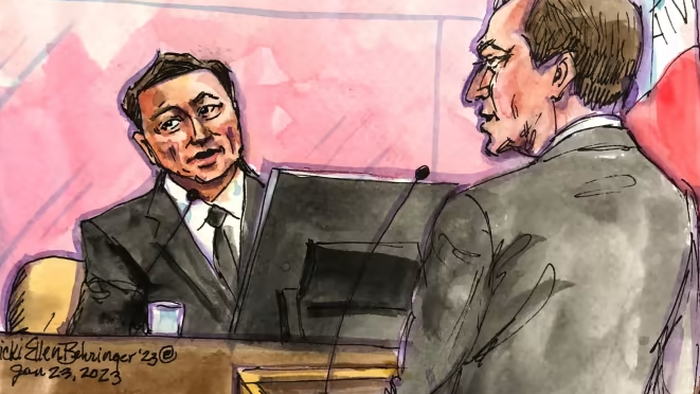 
Elon Musk is once again standing by his story that he thought he had “funding secured” at the time he Tweeted it out, mid-trading day, back in 2018.

This time Musk is recounting the events while testifying at a trial in an investor lawsuit that claims Musk’s Tweets cost shareholders millions of dollars. The suit says Musk “artificially boosted Tesla’s stock price” with his August 2018 “funding secured” Tweet and that the ensuing whipsaws of the share price cost them money.

Yesterday was Musk’s second day of testimony in federal court in San Francisco, FT reported. During his appearance, he said that he thought a deal for the company with the Saudis was a “done deal” and that Saudi Arabia’s Public Investment Fund would support taking Tesla private at $420 per share.

But Musk also acknowledged there was no contract at the time, and that “many details” had not been worked out.

“It’s important for the jury to know that,” Musk said, telling the jury that his shares in SpaceX would have made up for any shortfall, if the Saudis had not been able to commit what was needed to purchase the company. He testified that the PIF had “many multiples” of what was needed to take Tesla private at the time.

Musk testified it was “difficult to say” whether or not he thought shares would rise or fall in reaction to his Tweet. The proposed takeover price, meanwhile, was about 20% higher than Tesla’s stock price at the time.

He said his Tweet was made on a “split second” decision after he found out FT was preparing a report about the Saudi PIF taking a $2 billion stake in Tesla.

“I expected that there (would) probably be some increase in the stock price — seems likely. If you say that you’re considering taking a company private or acquiring a company . . . there is going to be some premium . . . In this case, I’m clear about what the premium would be,” he said, according to FT.

When questioned about the nonsensical-looking $420 per share proposed price, Musk answered: “There is some karma around 420, although I’d question (whether it) is good or bad karma, at this point.”

When questioned about why he didn’t consult the board about the offer, Musk responded: “I, as the bidder, am not allowed to have detailed discussions with the board because it represents the counterparty. So, it would be collusion if I discussed in detail with the board.”

So far, Musk has been able to dodge a litany of courtroom bullets during his tenure as Tesla’s CEO. Let’s see if that pattern continues…