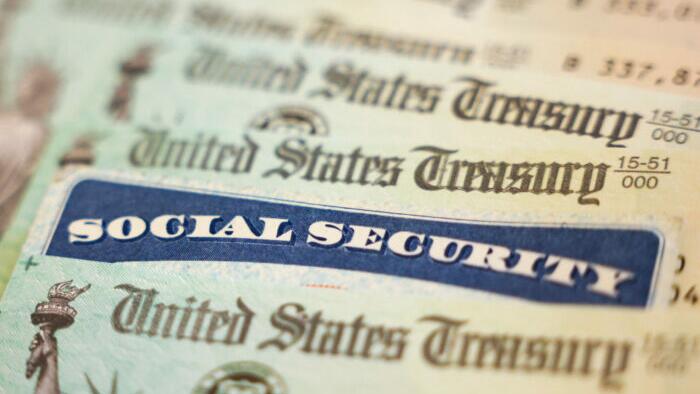 
Authored by Naveen Anthrapully via The Epoch Times,

A recent report by the Congressional Budget Office (CBO) projects that two major Social Security funds in the United States will dry out in the coming decades, with one of them running out within the next 10 years as younger members in the programs are set to lose more than older members.

“If the gap between the trust funds’ outlays and income occurs as CBO projects, then the balance in the trust funds will decline to zero in 2033 and the Social Security Administration will no longer be able to pay full benefits when they are due,” the CBO stated in its report, published in December (pdf).

The CBO expects spending on Social Security to increase to 7 percent of U.S. gross domestic product (GDP) in 2096, up from 5 percent of the GDP in 2022.

During this period, revenues are only expected to remain at 4.6 percent of GDP, resulting in an ongoing deficit.

For older beneficiaries born in the 1950s and 60s, initial benefits would not be affected too much. Their lifetime benefits would be reduced by 9 percent and 19 percent, respectively.

In 2021, Social Security amounted to 17 percent of federal spending, according to the CBO. Lawmakers are currently debating how to address America’s debt ceiling issue, with some proposing cuts to Social Security. The United States officially hit its debt limit on Thursday.

In a video message, former President Donald Trump called on GOP members to not compromise on Social Security.

“Under no circumstances should Republicans vote to cut a single penny from Medicare or Social Security to help pay for Joe Biden’s reckless spending spree, which is more reckless than anybody’s ever done or had in the history of our country,” Trump said in the statement posted to Truth Social on Friday.

“Do not cut the benefits our seniors worked for and paid for their entire lives,” he said. “Save Social Security. Don’t destroy it.”

The CBO projections come as Social Security benefits are set to increase by 8.7 percent in 2023, which is the biggest boost in four decades. In 2022, benefit payments were increased by 5.9 percent.

Despite the record increase in benefit payments this year, there are concerns about whether it will be enough to keep up with decades-high inflation.