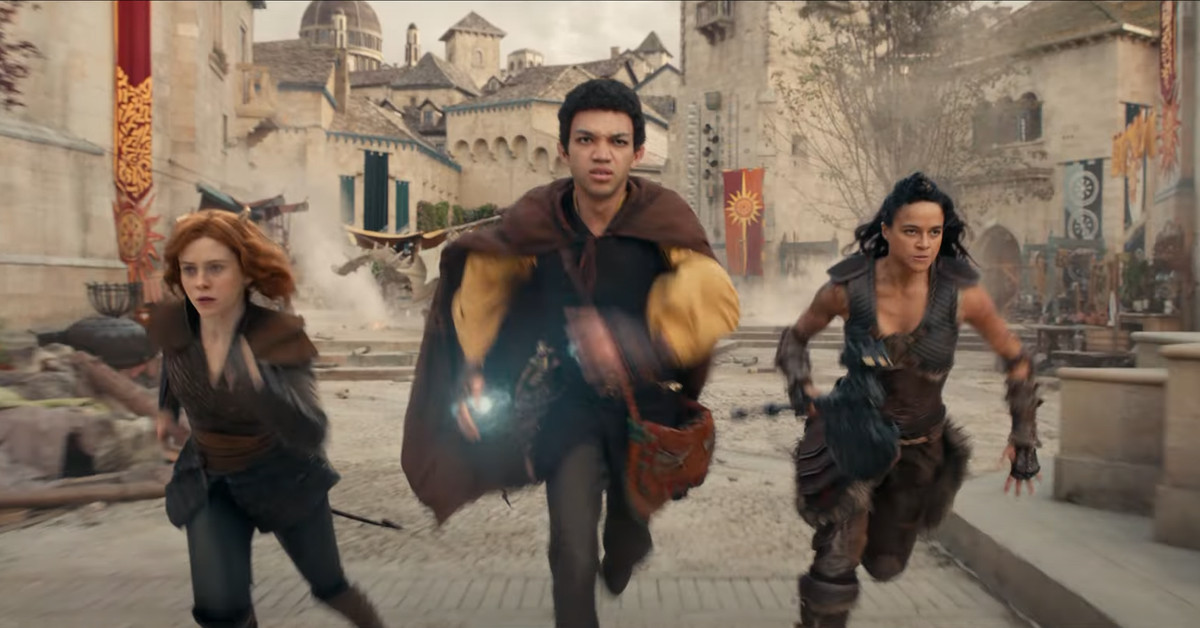 
Dungeons & Dragons: Honor Among Thieves, the lighthearted, Chris Pine-starring, gelatinous-cube-featuring movie adaptation of the world’s favorite tabletop role-playing game, hits theaters in a couple of months — on March 31, to be exact — and there’s a new trailer to whet our appetites.

The new trailer wisely kicks off with Michelle Rodriguez being a total badass as Holga the Barbarian, while Chris Pine’s bard quips from the sidelines. Regé-Jean Page, as Xenk the Paladin, is on hot-humorless-exposition-dude duty. There are some bad red wizards, cool effects, even more jokes than in previous trailers, and some of the same monsters, including a more gratuitous look at that fat red dragon. (Apparently it’s this guy.)

Honor Among Thieves looks like it aims to satisfy D&D fans with as many references and creature appearances as possible while hitting the roguish, bantering, self-aware tone so much of the actual play scene, which has transformed D&D’s profile and popularity in recent years. It’s directed and written by Jonathan Goldstein and John Francis Daley, who made the wonderful action comedy Game Night, which bodes well for its ability to deliver laughs, if nothing else. But it arrives at a sticky moment for the Dungeons & Dragons brand, as publisher Wizards of the Coast struggles to win back a fanbase alienated by a series of PR blunders over potential changes to its Open Game License, which it has been forced to scrap.

Can late-stage Hugh Grant being pleasantly disreputable win back some of that goodwill? We’ll find out in March.