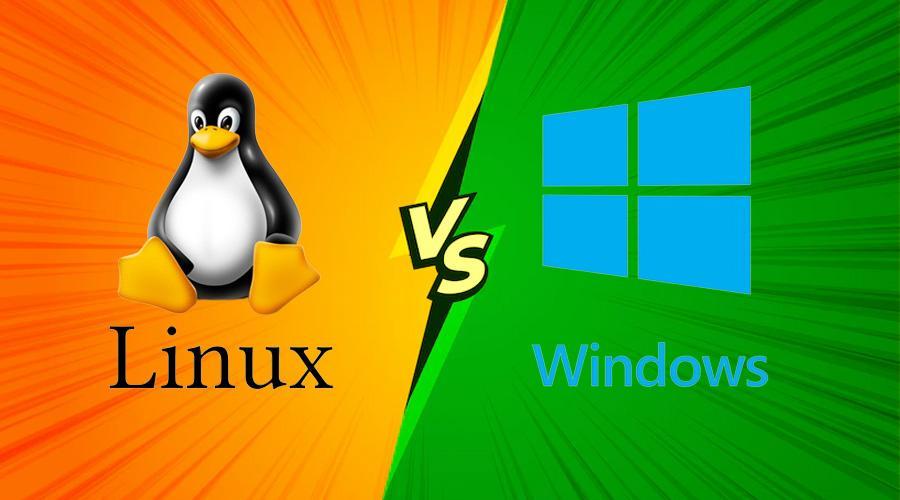 
The Battle of Operating Systems: Linux vs Windows. Both have their own unique features and capabilities

When it comes to choosing an operating system, the two most popular options are Linux and Windows. Both have their own unique features and capabilities, and the best choice for you will depend on your specific needs and preferences. In this article, we will take a look at the key differences between Linux and Windows and explore which operating system is the best for different types of users. From ease of use, to cost, to security and compatibility, we will consider all the factors that are important when making this decision.

What is an operating system?

An operating system, or OS, is a type of software that controls and manages the resources of a computer, such as memory and storage. It acts as a liaison between the physical hardware of the machine and the programs that run on it. The OS manages tasks like memory allocation, and input and output operations and provides a user interface. Some examples of well-known OS include Windows, Linux, and macOS.

A Brief History of Linux and Windows

Linux is a free and open-source operating system that was first released in 1991 by Linus Torvalds, a student at the University of Helsinki. Linux is based on the Unix operating system and is known for its stability, security, and flexibility. It is widely used in servers and supercomputers, as well as in mobile devices, embedded systems, and personal computers.

Windows is a proprietary operating system developed and sold by Microsoft. The first version, Windows 1.0, was released in 1985 as a graphical extension of the MS-DOS operating system. Windows has undergone several major updates, with the latest version being Windows 10, which was released in 2015. Windows is widely used in personal computers, tablets, and other devices.

While Linux is more commonly used in servers and supercomputers, and Windows is more popular among personal computers, both have their own advantages and disadvantages. Windows is generally considered to be easier to use, while Linux is known for its stability and security.

Which operating system is the best for you? Linux or windows?

The choice between Linux and Windows as an operating system (OS) depends on the user’s needs and preferences. Linux is a popular choice for developers and those who prefer open-source software, as the source code is freely available for modification and distribution.

Linux is also known for its stability and security, as well as its ability to run on a wide range of hardware. On the other hand, Windows is the most widely used OS in the world and is known for its ease of use and compatibility with a wide range of software, including popular games and productivity tools. Windows is also well-supported by many hardware manufacturers.

For users who are looking for a free OS, Linux is a clear choice. Many Linux distributions, such as Ubuntu and Mint, can be downloaded and used without any cost. Windows, on the other hand, requires a license and can be quite expensive. Additionally, Linux is often considered to be more customizable than Windows, and users can easily customize the look and feel of their desktop environment.

Another important factor to consider is the type of work you will be doing. If you are a developer, Linux is often the preferred choice as it provides a wide range of development tools and a strong community of developers. Many popular programming languages such as Python and Java have better support on Linux than on Windows. However, for users who rely on proprietary software like Adobe Photoshop, Windows is the better choice as it has better support for these types of applications.

In terms of security, Linux is considered to be more secure than Windows as it is less susceptible to viruses and malware. Windows, being the most popular OS in the world, is a more common target for cyber-attacks. However, Windows has made significant improvements in security over the years and is now considered to be more secure than it was in the past.

Ultimately, the choice between Linux and Windows as an OS comes down to the user’s needs and preferences. Both have their own strengths and weaknesses, and the best choice will depend on the type of work you will be doing, your budget, and your personal preferences.