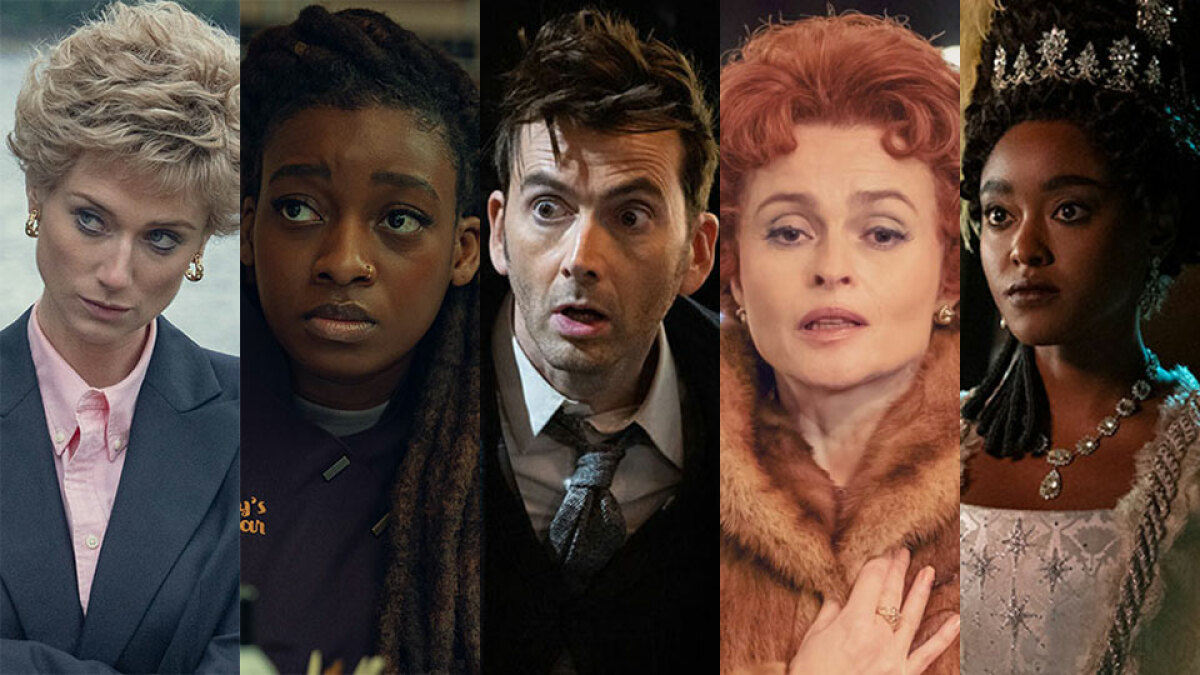 
2022 was such a bumper year for British TV that 2023 is surely going to struggle to follow it, right?

Although it’s still early days, the year ahead is already shaping up to be a strong one for UK television, with some familiar shows returning (hello Doctor Who and the final season of The Crown), spinoff shows (Queen Charlotte: A Bridgerton Story is on its way!) and plenty of brand new series that all sound very promising (new things are coming from It’s a Sin creator Russell T. Davies and Peaky Blinders‘ Steven Knight, for starters).

Below is a roundup of the British shows coming in 2023 that we’re most looking forward to (it’s worth noting that there are a few, like Sandman, that may be coming in 2023(Opens in a new window), but we’ve left off just in case they take a little longer to make it to screens).

How to watch: Lockwood and Co. is streaming on Netflix from Jan. 27.(Opens in a new window)(opens in a new tab) 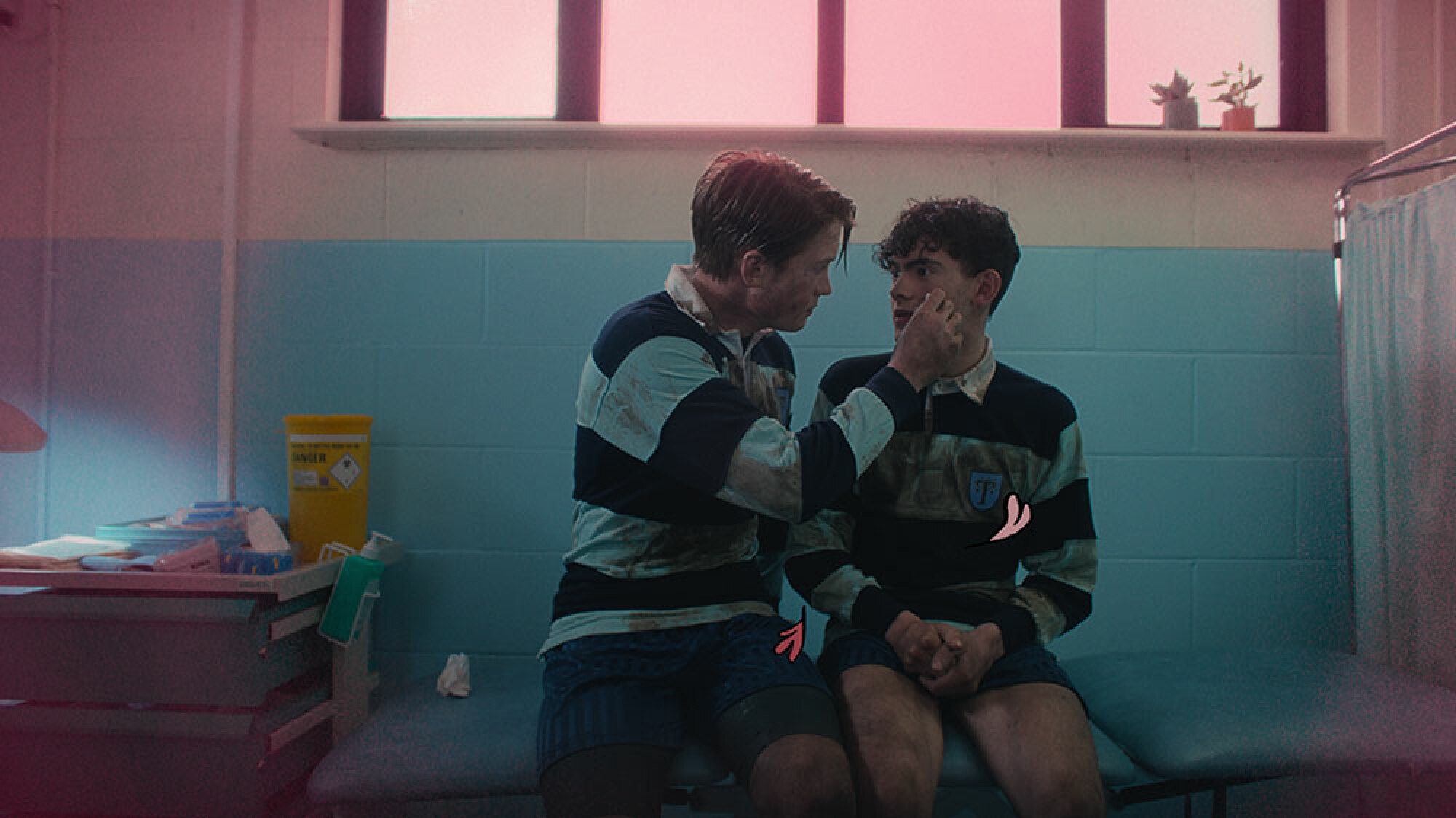 One of our favourite shows of 2022 and the sweet teen romance of our dreams, Heartstopper had our tickers on a platter for its debut season. Leaving us on a cliffhanger like that with Tao (William Gao) and Elle (Yasmin Finney)? We pined, we perished. English writer and illustrator Alice Oseman brought the beloved characters(Opens in a new window) from her Tapas/Webtoon/Tumblr hit 2016 webcomic(Opens in a new window), including protagonists Charlie Spring (Joe Locke) and Nick Nelson (Kit Connor), to the Netflix screen adaptation directed by Euros Lyn. Heartstopper lies on the sugary sweet end of the teen dramedy series spectrum, worlds apart from Euphoria and Skins, younger but just as delightful as Sex Education, with a new gay love story akin to Love, Viktor. But it doesn’t shy away from a poignant examination of queer identity amid steadfast heteronormativity. We can’t wait to see where Nick and Charlie take our hearts next. — S.C.

How to watch: Heartstopper is now streaming on Netflix.(opens in a new tab)

We’re big fans of Daisy May Cooper’s work, from This Country to Am I Being Unreasonable?, so we’ve got this one firmly on our radar. The BBC has teamed up with HBO and the production company behind Killing Eve for Rain Dogs, penned by author Cash Carraway. Filmed in Bristol, the series follows the wonderfully named Costello Jones (Cooper), a single mum who bloody loves her daughter Iris (Fleur Tashjian), her Brett Easton Ellis-loving soulmate Selby (Jack Farthing), and Iris’ chaotic godmother Gloria (Ronkẹ Adékoluẹjo) more than anything. The four of them are the titular Rain Dogs and we want to meet ’em. — S.C.

How to watch: Rain Dogs will be streaming on BBC iPlayer and HBO. 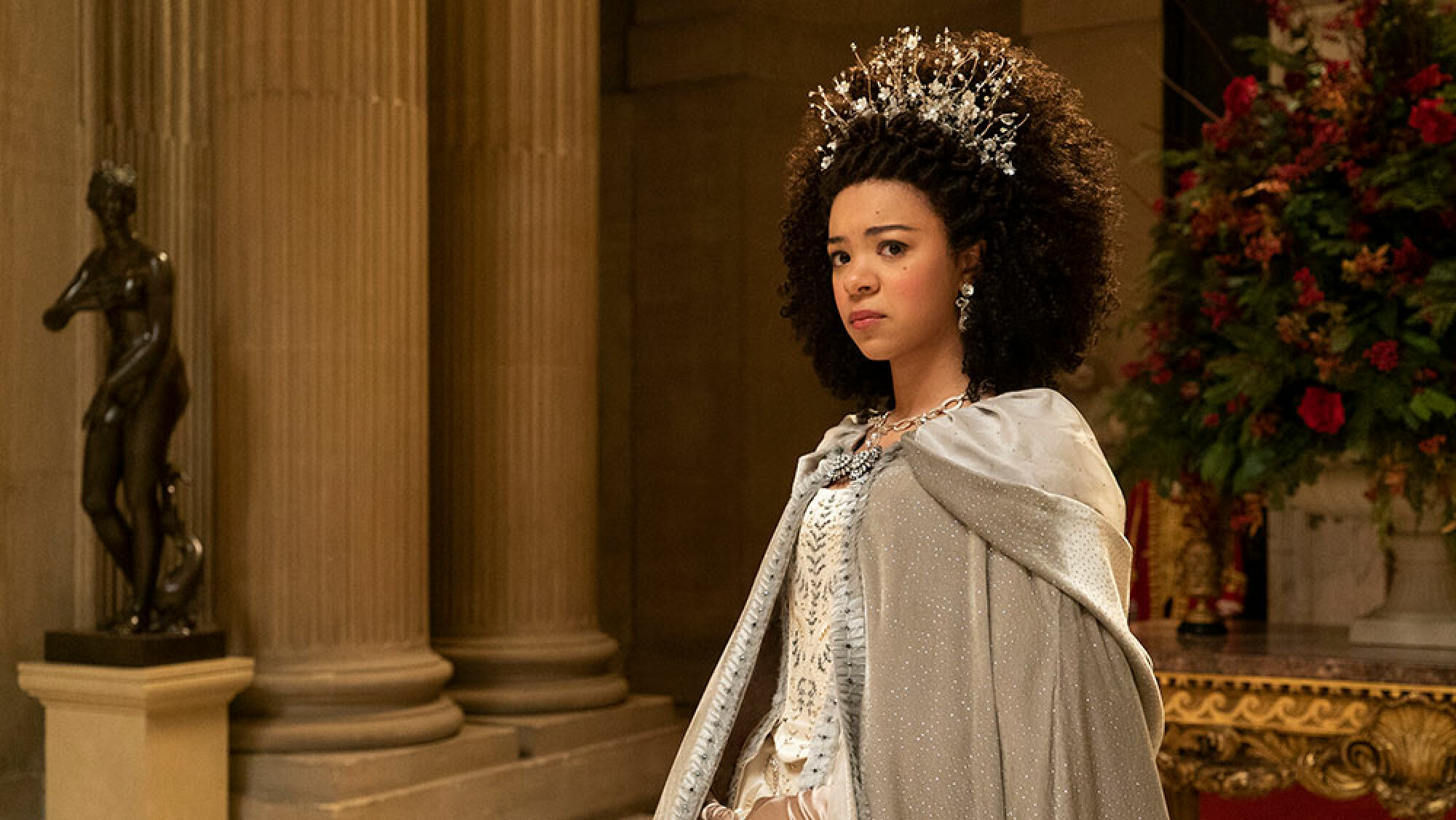 Some shows start with a bang before fizzling out, but not Bridgerton. Chris Van Dusen’s racy adaptation of Julia Quinn’s book series has been going from strength to strength, returning last year with a tense slow-burn of a second season before it expands its horizons with a spin-off in 2023. Queen Charlotte: A Bridgerton Story focusses on – you guessed it – Queen Charlotte (Golda Rosheuvel), taking place before the events of Bridgerton and following a younger Charlotte (India Amarteifio) on her rise to power. We need it. — S.H. 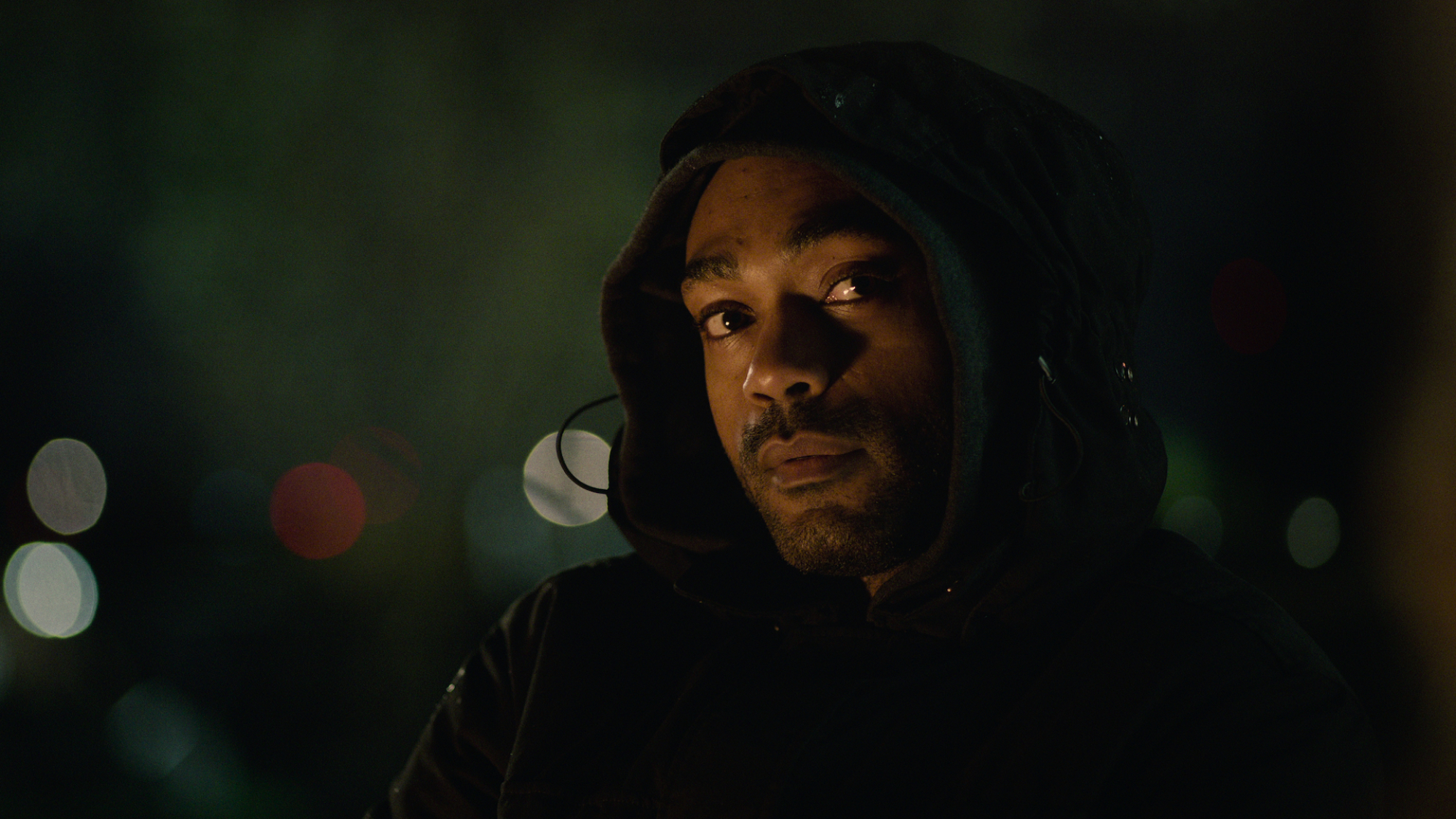 Sully (Kane Robinson) is back for a final season of “Top Boy.”
Credit: Netflix

Ronan Bennett’s Top Boy amped it right up for a brutal, powerful, excellent fourth season (Season 2 of the Netflix reboot), and with that shocking finale, there’s no telling where Season 5 — and London drug dealers Dushane (Ashley Walters) and Sully (Kane Robinson) — will take us. While it’s unclear whether certain members of the cast will return due to…that last episode…Netflix has confirmed Simbi Ajikawo aka Little Simz, Jasmine Jobson, Saffron Hocking, and Araloyin Oshunremi as back on the bill. But one thing’s for sure, Top Boy will end with this season, so expect the stakes to be high. Netflix hasn’t given a release date yet, but confirmed a 2023 launch(Opens in a new window) when filming was delayed shortly. — S.C.

How to watch: Top Boy is now streaming on Netflix.(opens in a new tab) 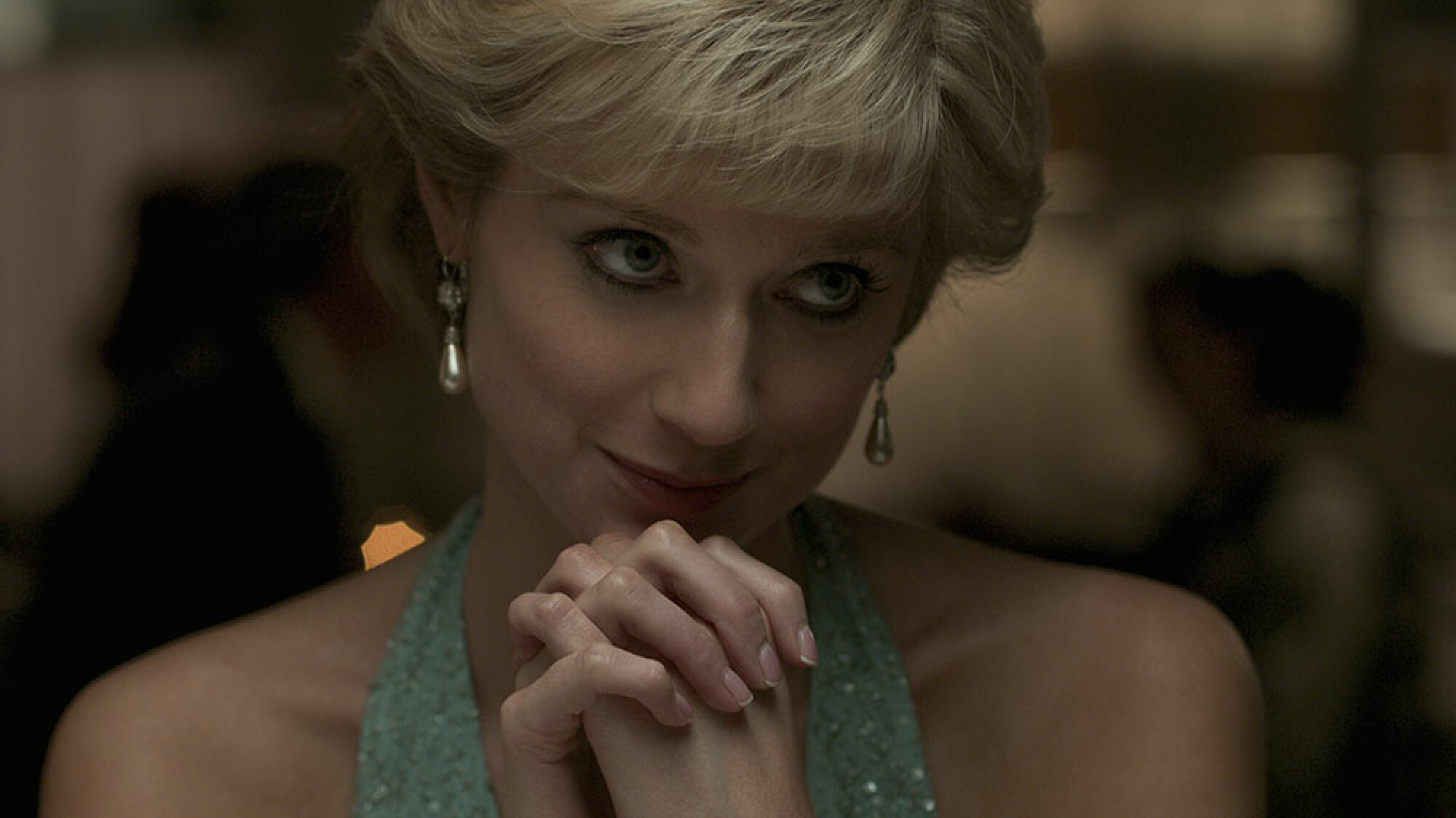 Elizabeth Debicki will take Princess Diana into the final season of “The Crown.”
Credit: Netflix

Seven years after it first aired The Crown is finally due to end, with Season 6 marking the royal drama’s last moment in the spotlight (unless more seasons are announced, and given the show’s success we probably can’t rule that out). Season 5 saw the (not completely historical) biography welcome a new set of characters, with Elizabeth Debicki shining as a revenge-dress wielding Princess Diana. Season 6 will pick up where Season 5 left off in 1997 and continue into the early ’00s, revolving around Diana’s tragic death and the subsequent fallout. Dominic West returns as Prince Charles, and Imelda Staunton is back as Queen Elizabeth II. — S.H. 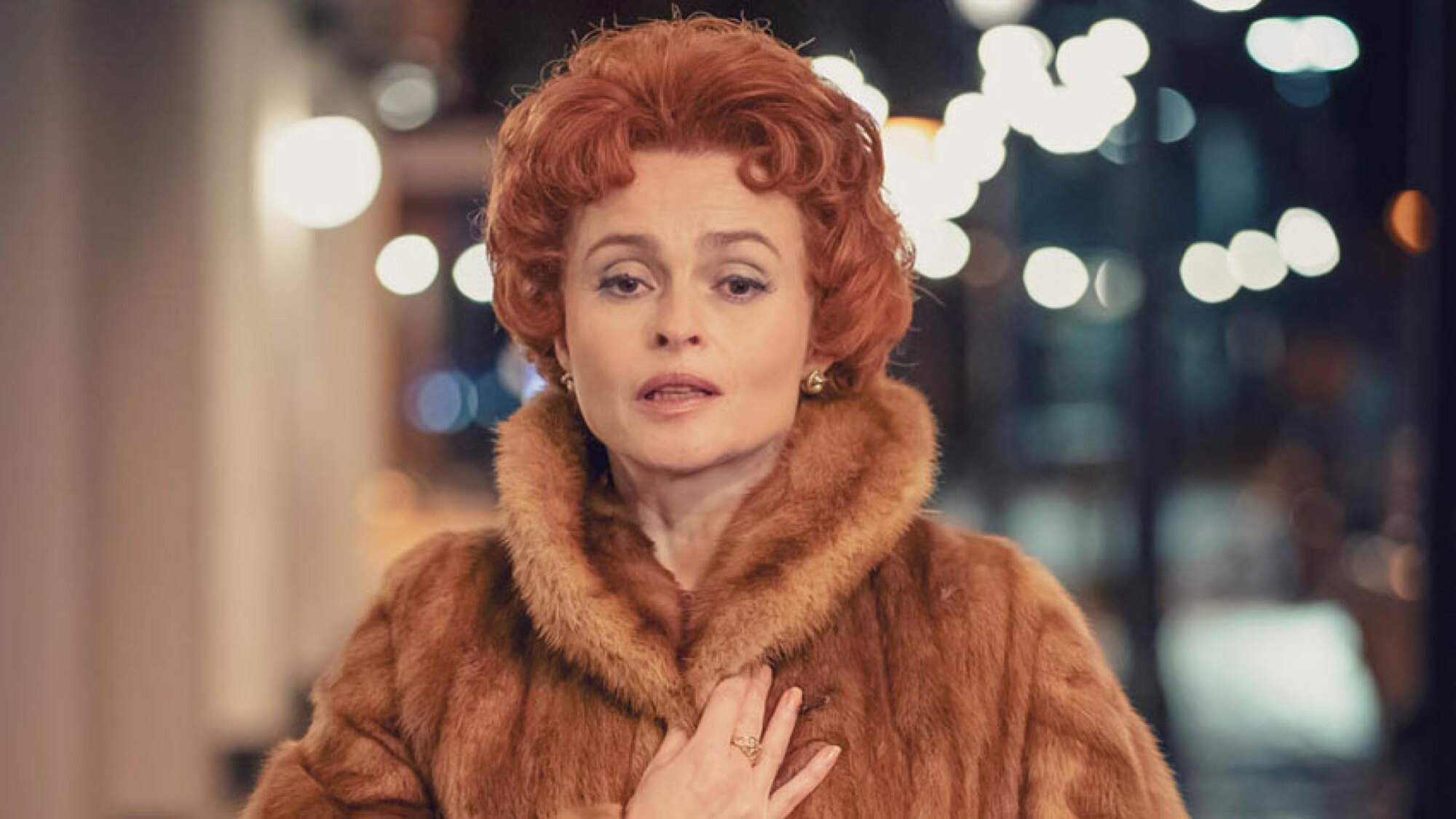 Russell T. Davies. Any new show from the creator of It’s a Sin and Years and Years is reason enough to be excited, but when you combine that with a lead role from Helena Bonham Carter and the strange story of famous ’70s soap star Noelle Gordon, things get even more intriguing. Nolly follows Gordon (Bonham Carter) during her rise to massive UK stardom during her time on the popular Crossroads soap, before her sudden and mysterious axing in 1981. Augustus Prew and Mark Gatiss also star in this three-parter. — S.H.

How to watch: Nolly will be streaming on ITVX in the UK.

Candice Carty-Williams has not one but two TV series coming our way: Channel 4’s adaptation of her 2019 smash hit novel Queenie and the BBC/Netflix original new drama series Champion. Set for eight episodes, the latter is a brand new story from the author as “a love letter to Black British music set in south London,” following rapper Bosco Champion, who just got home from prison. While he’s trying to get back into the music industry, his sister Vita is talent scouted by his rival, Bulla. Tension in the Champion family rises, and the siblings will need to remember what matters. The cast includes Déja J Bowens in her TV debut alongside Top Boy‘s Malcolm Kamulete, singer-songwriter Ray BLK, Small Axe‘s Nadine Marshall, His Dark Materials‘ Ray Fearon, Doctor Who’s Jo Martin, and more. — S.C.

How to watch: Champion will be streaming on BBC iPlayer and Netflix. 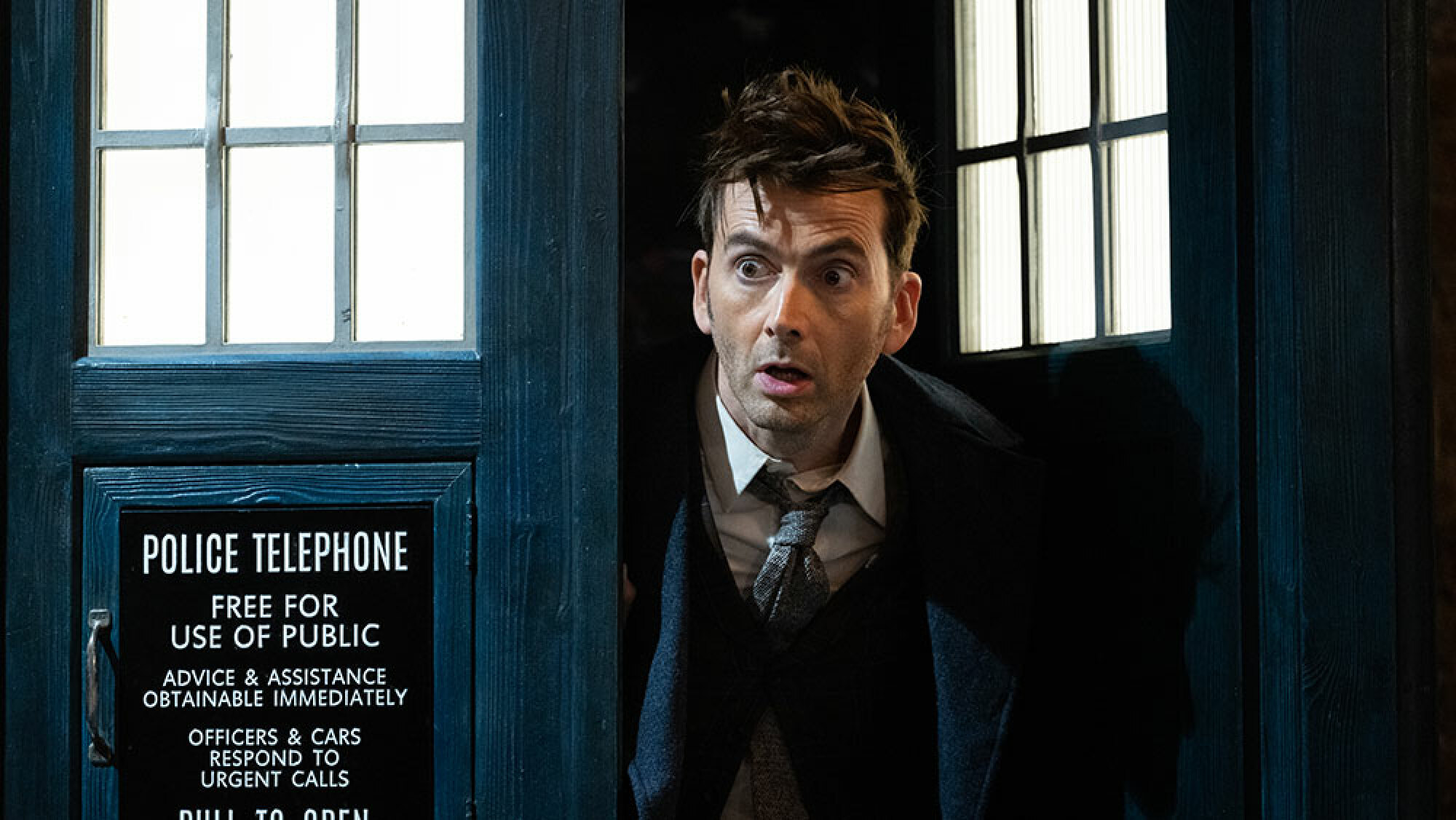 David Tennant will be coming back for three special “Doctor Who” episodes.
Credit: BBC Studios

Speaking of Russell T. Davies, what about Doctor Who? The show has been a regular staple in the diets’ of sci-fi fans for years now, but 2023 brings with it renewed excitement for several reasons. Not only is Davies returning as showrunner(Opens in a new window) to celebrate the show’s 60th anniversary, but David Tennant will also be coming back for three special episodes, following a surprise twist at the end of Jodie Whittaker’s finale last year that saw her somehow regenerating into the Tenth Doctor. If that’s not enough to get you interested you can also watch the teaser, which features Tennant alongside an evil Neil Patrick Harris and a glimpse of Ncuti Gatwa as the Fourteenth Doctor. — S.H.

How to watch: Doctor Who will be streaming on BBC iPlayer and Disney+. 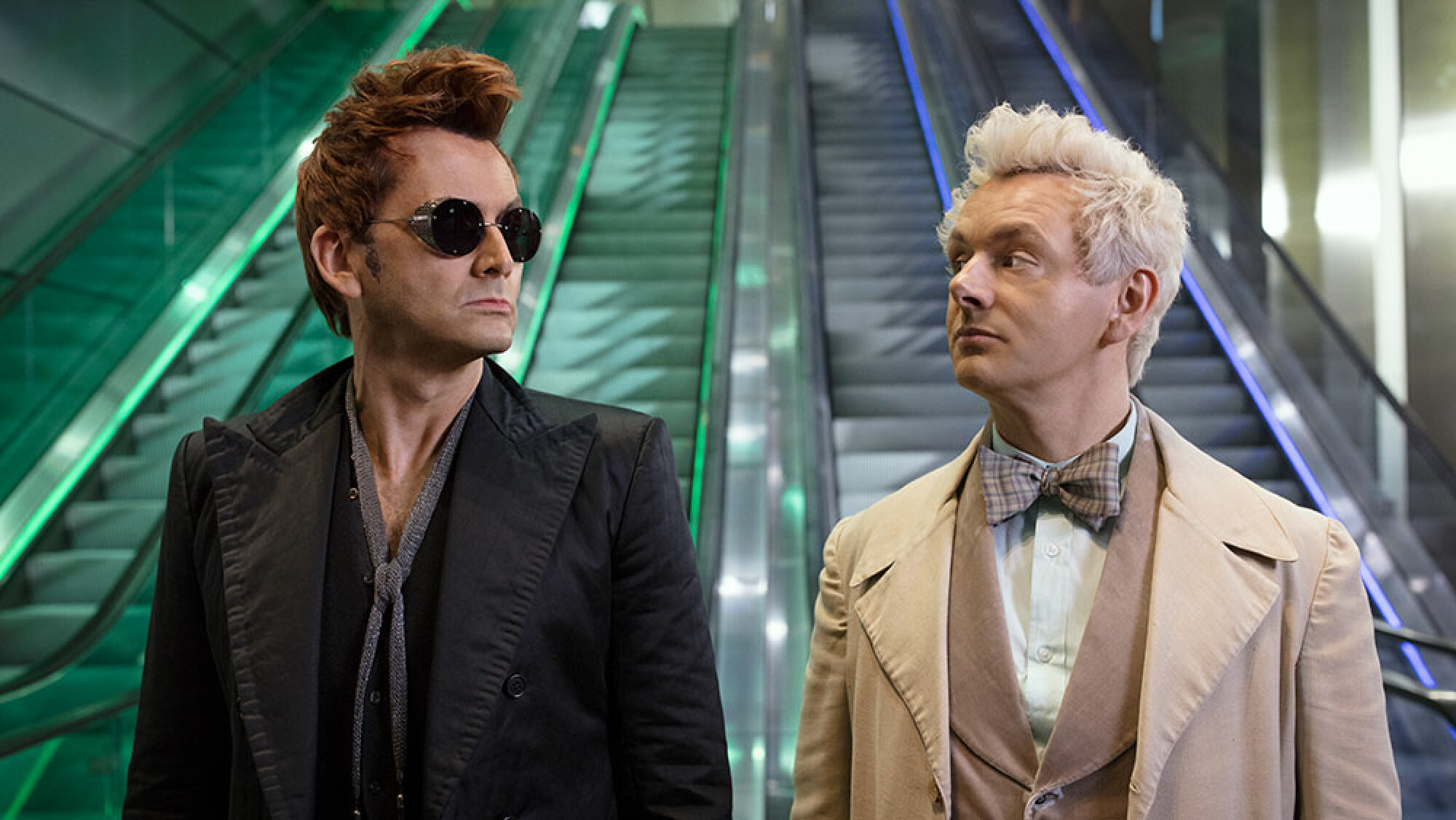 Boasting a ridiculously stacked cast, a fun, apocalyptic storyline, and a style that pays beautiful homage to the book it’s based on, Neil Gaiman’s Good Omens (adapted from his own 1990 novel co-written with Terry Pratchett) burst onto the scene in 2019. It followed the demon Crowley (David Tennant) and the angel Aziraphale (Michael Sheen) as they attempt to stop the whole world from ending. And now, after a four-year wait, the fantastical duo are back. We don’t know too much yet about Season 2 (the original was initially set to be a standalone), but Gaiman is returning as showrunner along with various castmates including Jon Hamm as the angel Gabriel. Eep! – S.H.

Naomi Alderman’s dystopian novel The Power takes place in a world where women around the world suddenly develop an electrical current within their bodies that can cause excruciating pain and even death. This newfound power quickly changes the male-female dynamic in this world and tips the scales of control in some unexpected ways. This novel was met with immediate acclaim when it was released, and even made former President Barack Obama’s list of his favorite books in 2017. The upcoming 10-episode series adaptation for Amazon Prime is being helmed by an all-female directing team and will star Auli’I Cravalho, John Leguizamo, and late additions Toni Collette and Josh Charles (replacing Leslie Mann and Tim Robbins).* — Amanda Kondolojy, Mashable writer

How to watch: The Power will be available to stream on Prime Video. 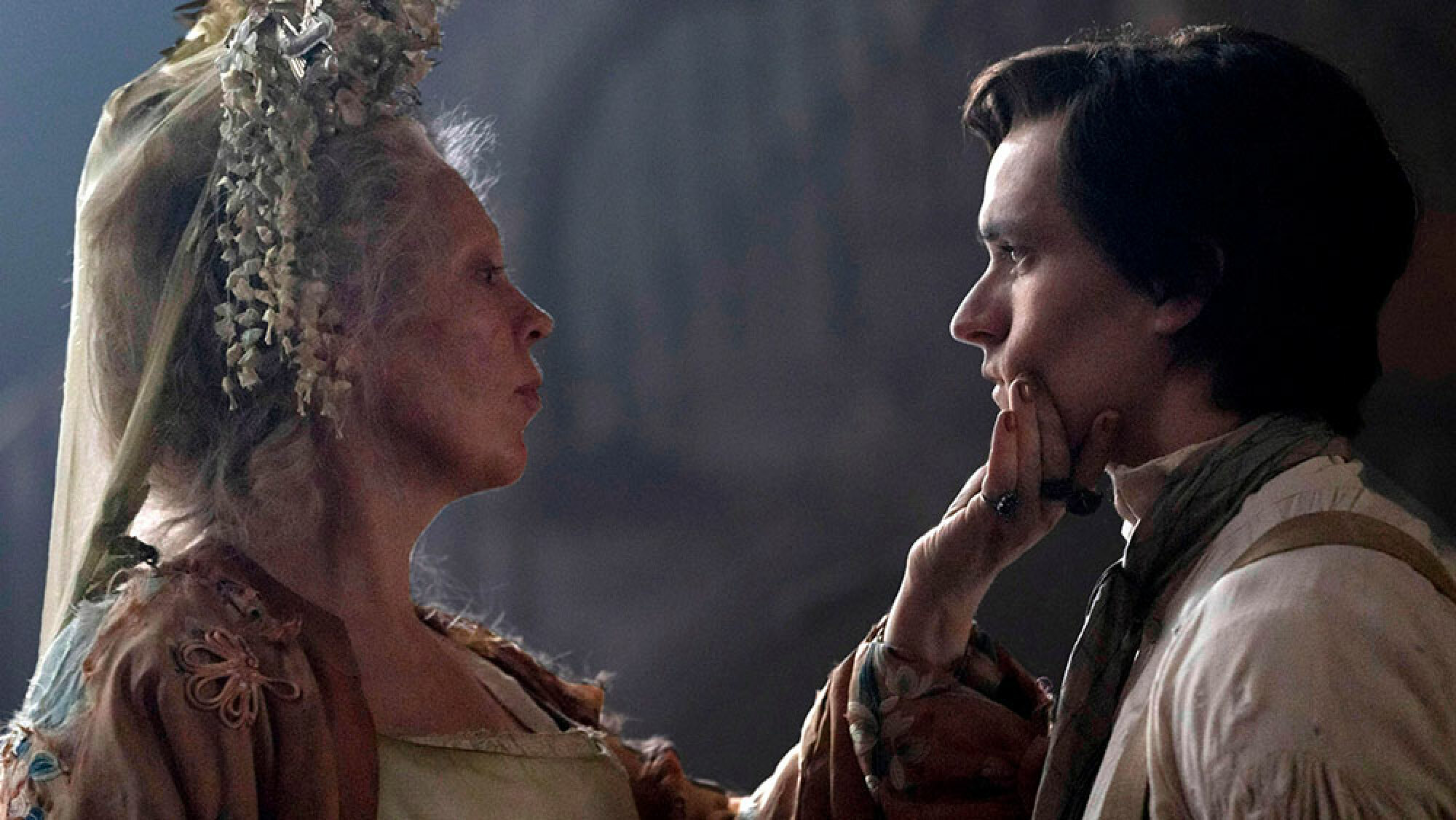 Peaky Blinders creator Steven Knight? Charles Dickens? Olivia Colman?! It sounds like a combination that’s too good to be true, but true it is. Knight’s adaptation of Great Expectations marks his second Dickens limited series (2019’s A Christmas Carol starred Guy Pearce and Stephen Graham), with this one telling the famous tale of the orphan Pip (Fionn Whitehead) and his relationship with the elderly Miss Haversham (Colman). Ashley Thomas, Johnny Harris, Shalom Brune-Franklin, Hayley Squires, Owen McDonnell, Trystan Gravelle, and Matt Berry will also star in this coming-of-age drama that — knowing Knight’s writing — probably won’t shy away from Dickens’ darker side. — S.H.

How to watch: Great Expectations will be available on the BBC and FX. 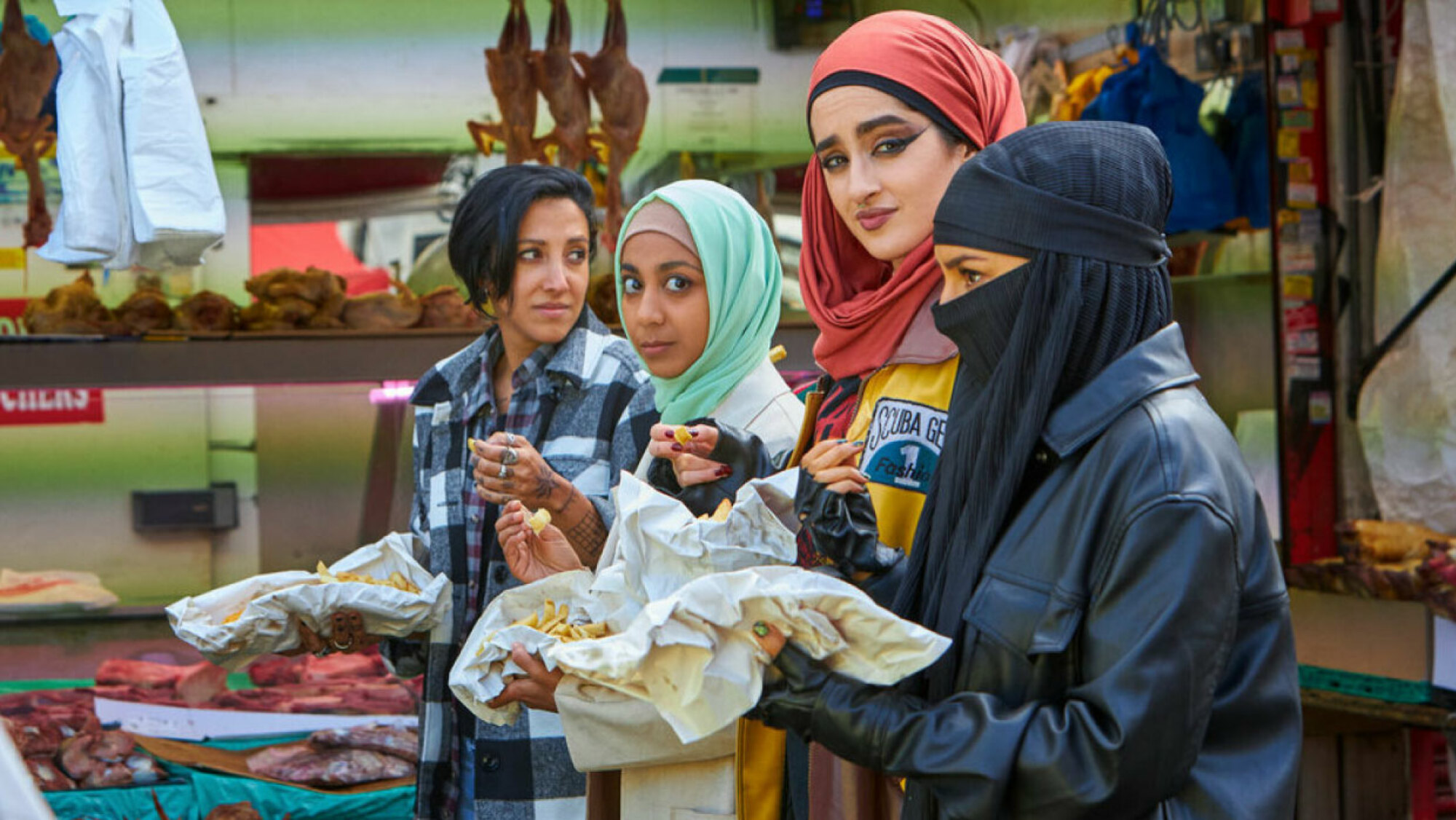 Nida Manzoor’s “We Are Lady Parts” is coming back.
Credit: Peacock

Nida Manzoor has been busy of late, with a Sundance film and a second season of her lauded comedy show on the way. The creator of We Are Lady Parts enjoyed huge success with the first series, which started as a Channel 4 comedy short and then became one of the must-see shows of 2021. We Are Lady Parts follows the formation of an all-women Muslim punk band, and every moment rules. You’ll meet Saira (Sarah Kameela Impey), Ayesha (Juliette Motamed), Bisma (Faith Omole), and Momtaz (Lucie Shorthouse) as they recruit lead guitarist Amina (Spider-Man: Far From Home and Mogul Mowgli star Anjana Vasan). As Mashable’s Proma Khosla wrote in her review, “Seeing five women of color lead a comedy less interested in gawking at their identifiers than exploring their inner lives feels truly revolutionary.” The first season aired in the U.K. on Channel 4 before hitting U.S. audiences on Peacock, which renewed the series for Season 2(Opens in a new window) in Nov. 2021.

From showrunner, creator, and director Rapman comes Supacell, a new superhero series backed by Netflix. The setup? Five ordinary people from South London suddenly land themselves with superpowers, and they’ll be brought together by a man trying to save the love of his life. The cast includes Tosin Cole, Nadine Mills, Eric Kofi Abrefa, Calvin Demba, Josh Tedeku, Adelayo Adedayo, Rayxia Ojo, and Giacomo Mancini. But the show has another great reason to champion it. With New Wave and Netflix, rapper and producer Rapman has founded the Supacell Six scheme alongside the making of the show, in order to give six Black creatives — Jessica Magaye, Ricardo McCleary-Campbell, Saraphina Mattis, Melissa Simon-Hartman, Cleo Young, and Micheal Ademilua — the opportunity to get into the TV industry in various departments. Netflix’s Supacell began filming in South London in August last year, so we’re hoping the series will land in 2023. — S.C.

How to watch: Supacell will be streaming on Netflix. 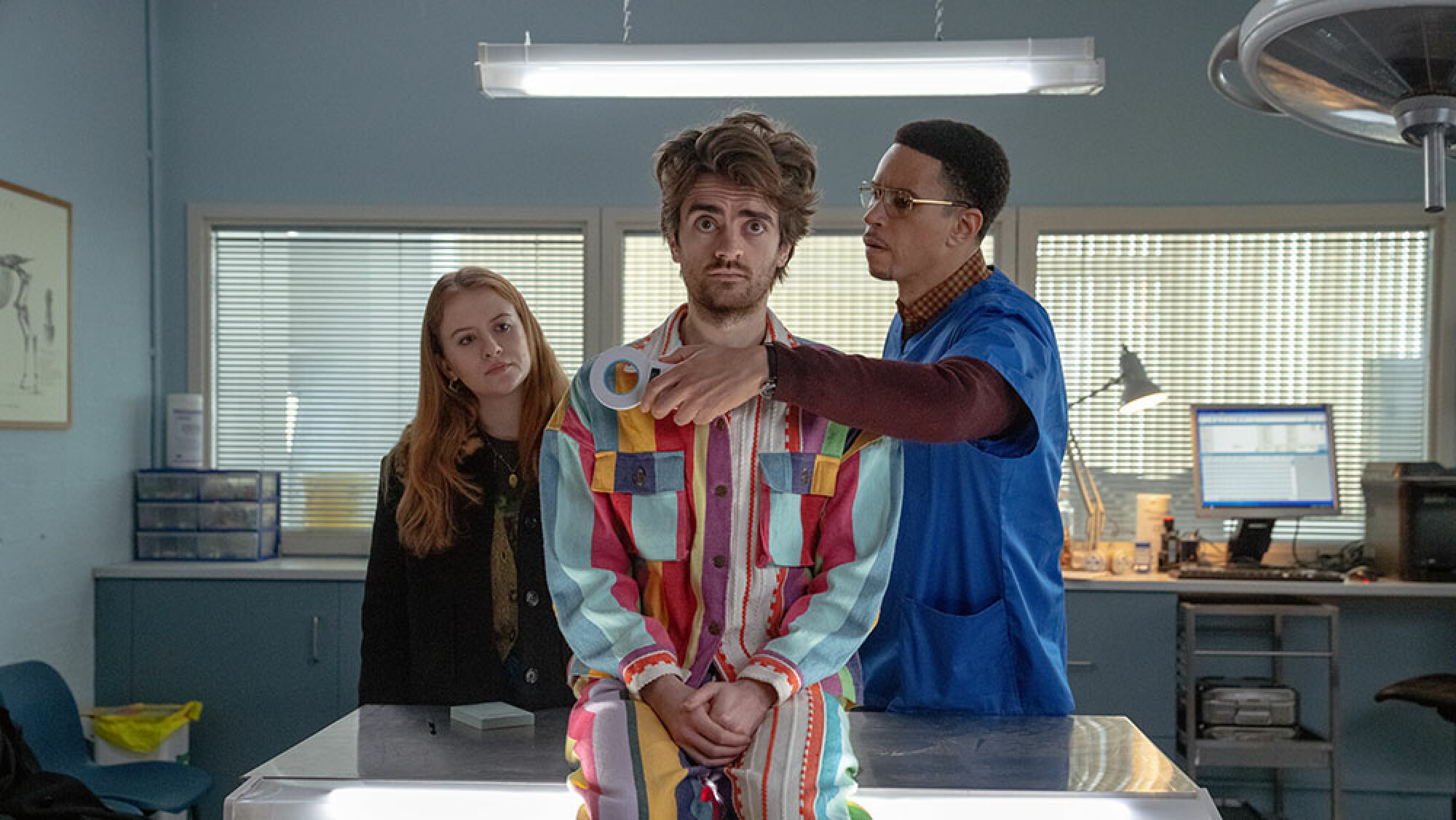 Everyone has powers in “Extraordinary” — well, almost.
Credit: Disney+

Disney’s upcoming UK commissioned show Extraordinary looks like another fun take on superpowers, even though our protagonist doesn’t have hers yet. Created by Emma Moran and directed by Toby McDonald, Jennifer Sheridan, and Nadira Amrani, Extraordinary follows the plight of Jen (Máiréad Tyers), a 25-year-old who didn’t get her superpowers in a world where everyone else got theirs at the age of 18. The show looks poised to follow Jen on her journey to find them, but will focus on being happy with yourself how you are. Yes, it sounds exactly like Encanto, we know. — S.C.

How to watch: Extraordinary will be streaming on Disney+ from Jan 25.