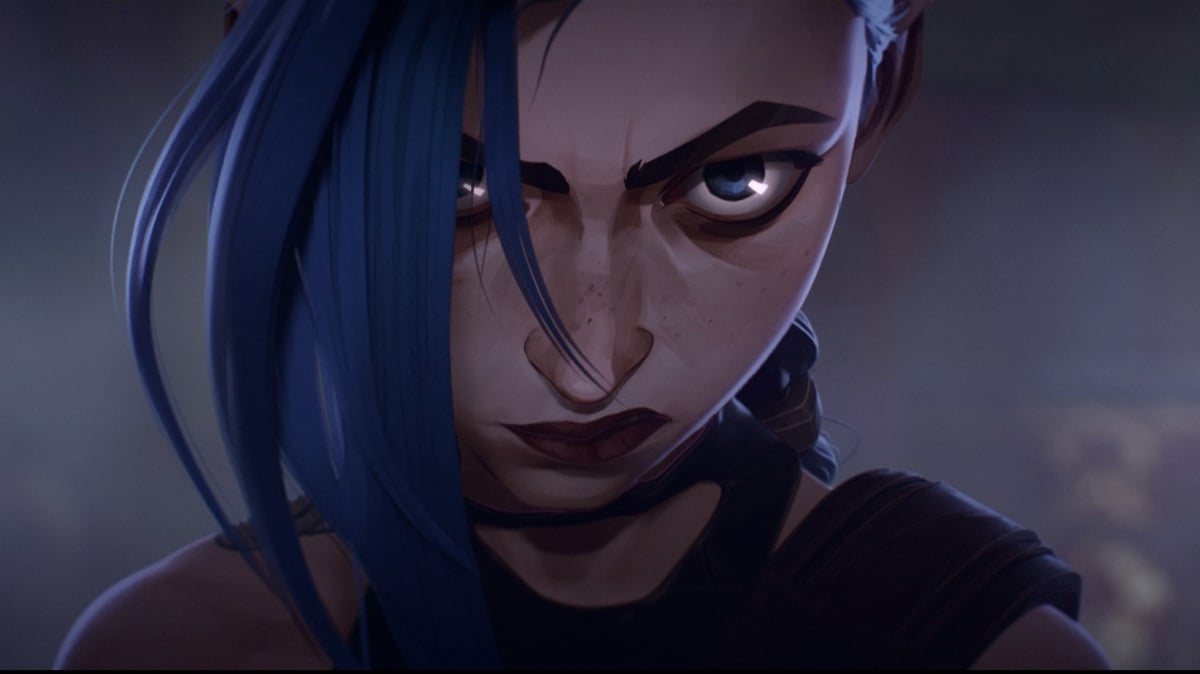 
HBO’s adaptation of The Last of Us has received much well-deserved praise since its premiere, including being lauded as the series to break the so-called “video game curse.”(Opens in a new window) While some game adaptations have deserved their critical drubbings, recent efforts like Werewolves Within and Castlevania have proven successful and shouldn’t be overlooked. My favorite among these newer adaptations is the stellar Arcane, a 2021 animated series that loosely adapts the massively popular game League of Legends.

Arcane takes existing characters and lore from the game and blends them with new elements to create a stunningly executed story. You don’t actually need to be familiar with League to understand and love Arcane; everything I know about League, I learned from this show. With its gorgeous animation, rich steampunk world, and fascinating characters, Arcane packs a gloriously mean punch.

The 5 best fantasy shows to watch if you liked ‘House of the Dragon’ and ‘The Lord of the Rings: The Rings of Power’

Arcane is a tale of two cities — and two sisters.

Jinx and Vi take in the wonders of Piltover.
Credit: Courtesy of Netflix

Arcane introduces us to Piltover, otherwise known as the City of Progress. Here, magical Hextech technology powers everything from transportation to weaponry, creating what at first seems like a prosperous fantasy utopia. However, trouble lurks below the surface, especially in Piltover’s sister city, the “undercity” of Zaun. Poverty and toxic fumes from nearby mines create horrible living conditions for the Zaunites, but the citizens of Piltover are all too content to ignore them. It’s not long before the powder key of tension between the two cities will erupt in flames.

Caught in the conflict between these two cities are sisters Vi (voiced by Hailee Steinfeld) and Jinx (voiced by Ella Purnell). After a childhood tragedy kept them apart for years, the two have unknowingly come down on opposite sides of the battlefield. Vi has been enlisted by Piltover Enforcer Caitlyn (voiced by Katie Leung) to help track down a notorious Zaun criminal. Little does she know that she’s hunting her own sister, who now works for the nefarious Silco (voiced by Jason Spisak).

Arcane succeeds in large part because it invests so much time in developing the relationship between Jinx and Vi. The first three episodes focus on their lives as children, showing how Jinx depends on the older, more street-savvy Vi. Following a time jump into the later episodes, we see just how great the impact of losing each other is. But with the divide between Piltover and Zaun growing ever greater, will Vi and Jinx be able to reconcile? Or is their bond fractured beyond repair?

As this heartbreaking family drama plays out, Arcane dips its toes into other genres in order to flesh out its world. The upper crust of Piltover gets the political thriller treatment, with council members like Mel Medarda (voiced by Toks Olagundoye) wooing Hextech inventors Jayce (voiced by Kevin Alejandro) and Viktor (voiced by Harry Lloyd) to her side. Meanwhile, Caitlyn and Vi’s investigations play out like a noir mystery, complete with moody atmospheric lighting courtesy of the streets of Zaun. It’s all wrapped up in an engaging fantasy world where magic weapons and ability-enhancing drugs could mean the difference between victory and defeat. 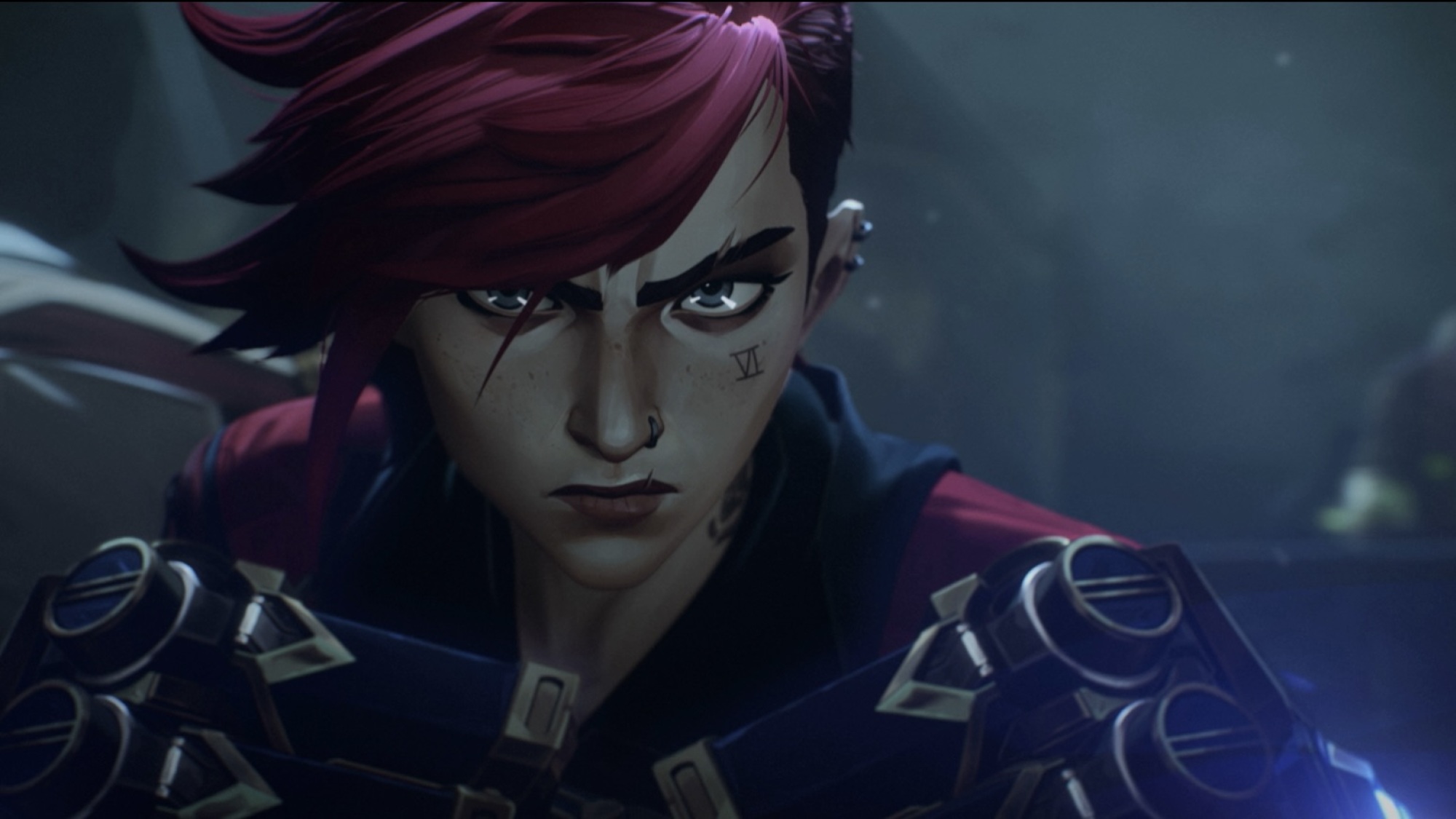 As Mashable’s UK Editor Shannon Connellan rightfully pointed out in 2021, Arcane is a “masterpiece of animation.” The series is a visual marvel thanks to the work of animation studio Fortiche, which brings the fantastical world of League of Legends to life. A combination of 2D hand painting and 3D computer-generated animation lends Arcane a unique look that straddles the line between cartoons and realism. Facial expressions and backgrounds are rendered in intricate detail. From the lofty, Art Deco-inspired heights of Piltover to the dark, neon-tinged alleyways of Zaun, it’s impossible not to be be immersed in this world.

Arcane especially shines when it comes to action sequences; when you’re adapting a battle arena game like League, you’d better bring your A-game to the fight scenes, and the entire Arcane team doesn’t disappoint. Weapons like Hextech explosives and massive gauntlets deliver killer beatdowns, while street brawls and enforcer raids play out in arresting fashion. These sequences place Arcane‘s creativity on full display — look no further than a pivotal fight between Jinx and rebel leader Ekko (voiced by Reed Shannon), which switches back and forth between the games they’d play as children and the very deadly showdown they find themselves in in the present.

None of these fight sequences would land as hard as they do had Arcane not worked so thoroughly to establish its characters and their motivations. This intense focus on character elevates an already technically impressive show to a narrative marvel. Mature, heartbreaking, and infinitely captivating, Arcane should be one of the blueprints not just for solid video game adaptations but for adaptations in general.