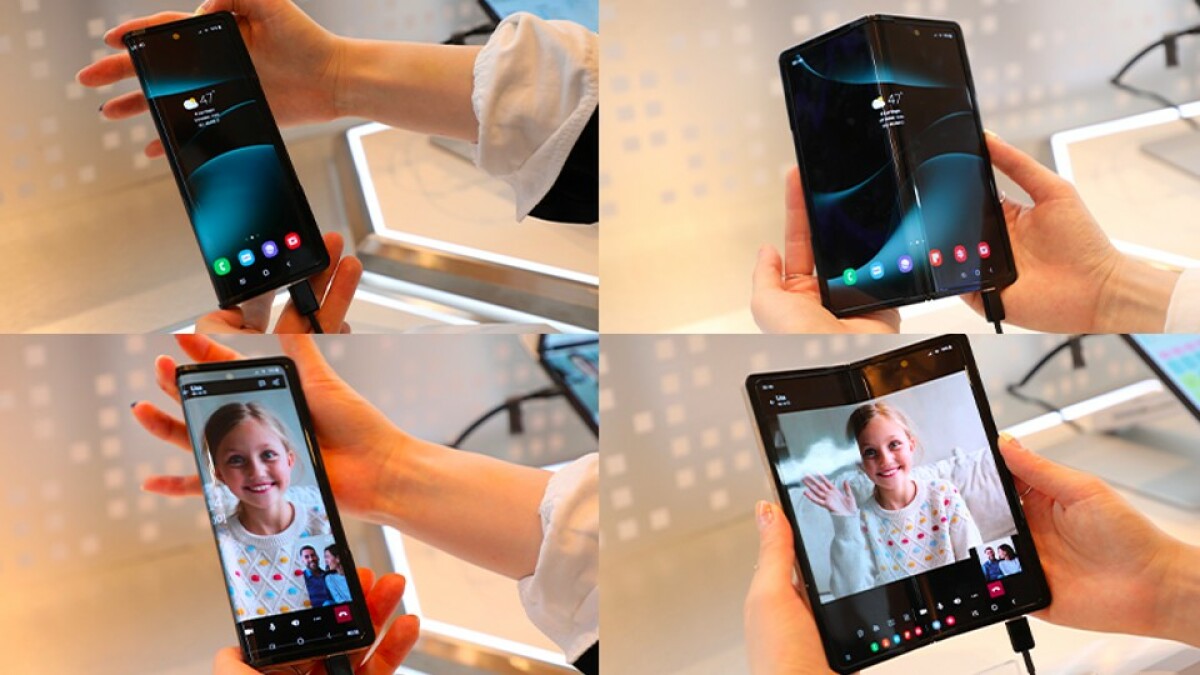 
At this year’s CES, Samsung Display showcased a couple of striking display ideas, including one that can both fold and slide(Opens in a new window) in and out.

An interesting innovation that somehow fell through the cracks (and has now been unearthed by The Verge(Opens in a new window)) is a new version of Samsung Display’s Flex-In-N-Out display. It’s a foldable display with a new type of hinge that allows the user to fold it both inwards and outwards.

Samsung Display’s Korean newsroom says(Opens in a new window) that the display folds and unfolds 360-degrees, “maximizing user convenience,” with an aspect ratio that can be changed depending on what you’re viewing on the display.

Samsung finally adds the Galaxy S22 to its self-repair program

The Verge has a few more details about the hinge that makes this display tick. According to the outlet, the hinge is different than that used in the first version(Opens in a new window) of the Flex In-N-Out display shown in 2021. It adopts a water drop design that puts less stress on the display and greatly reduces the crease seen on Samsung’s previous foldable phones, such as the Galaxy Z Fold 4. It also folds flatter than Samsung’s currently available foldable phones.

Notably, a recent report claims that Samsung will use this type of hinge in its upcoming Galaxy Z Fold 5 device. This might mean that not only will this new foldable phone have a less visible crease, it might also fold both ways.

This takes us back to the very first foldable smartphone models we’ve seen. Back in 2019, Samsung’s first foldable phone, the Galaxy Fold, had a display that folds inwards. Huawei’s first model, the Huawei Mate X, which hit the stores a little later that year, had a display that folds outwards, sparking a debate on which approach is better. In the end, we might just get the best of both worlds.