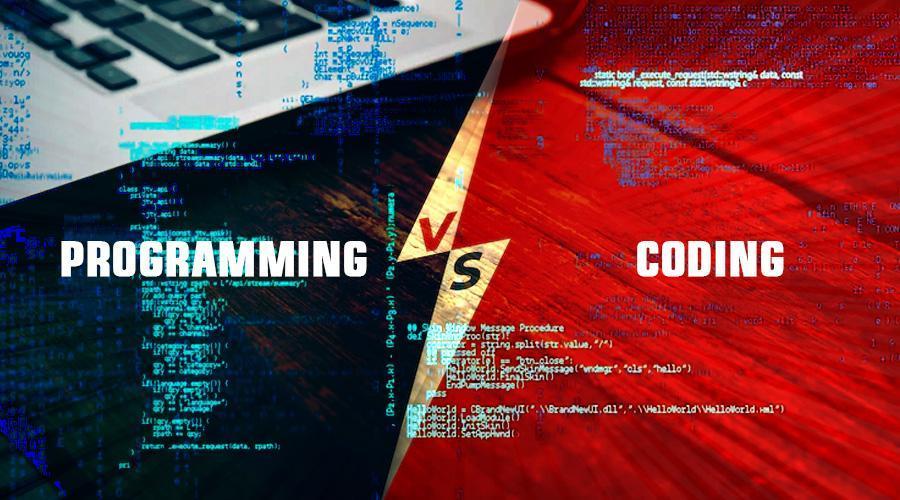 
Programming Vs Coding Do You Know the Key Differences Between These Two IT Roles?

Programming and coding Both of these appear to be pointing to the same thing. However, this is not the case; they are two distinct terms for a software developer who works on real-world problems.

Programming is, in fact, a subset of Coding. That is, every aspect of Coding is a component of Programming. There have been numerous debates and discussions on this subject, programming vs coding as they each have their fan base among IT professionals. Some people enjoy coding, while others are interested in it. However, these two are interconnected, making the most important for developing potential software in IT. In this article, we will learn the key differences between programming and coding that will get you a clear understanding. Read on to know.

Programming is the process of sending instructions and data to a computer that describe how a programme should be executed. Programming allows computers to perform specific tasks. Programming languages such as C, C++, Java, Python, and others on the market aid in the development of new and creative technology.

Programming consists of a complex task. Programming, unlike coding, is done in stages. The stages of programming a software application are as follows.

Computer systems are electronic devices that communicate and function using binary-coded signals. Binary coded signals are divided into two types: o’s and 1’s. Switches and transistors are used to generate these signals. The high-level language and assembly-level languages are translated into binary codes during the coding process, and communication between computer hardware and software applications is established.

Programming Vs Coding – The Key Differences

There are a lot of key differences between programming and coding. Let’s look at each of them in detail.

Programming is the process of creating programs that consist of the ratification of codes. Whereas Coding is the part of programming that deals with writing codes that a computer machine can understand.

Programming requires a detailed approach, proper planning and time management skills. And as a programmer, your goal may take between a few weeks to months to achieve. Whereas coding follows the trial-and-error method and can be written without any prior preparation and can be created in a matter of hours.

Programming includes taking into account the broad picture, troubleshooting and assembling to test execution. It also handles the essential functionality that connects human inputs for approaching machine-level outputs. Whereas, coding is a component of programming which creates lines of code, entails interpreting requirements, and converting them to machine-readable inputs.

For programming, you need to use tools such as Analysis tools, databases, code generators, data structures, testing tools, compilers, code editors, linkers, GUI designers, debugging tools, assemblers, and modelling algorithms. For coding, you require text editors like Notepad or Wordpad, and IDEs like Bootstrap, Eclipse, and others to translate the code into machine-readable form.

Everyone’s got a Triforce tattoo