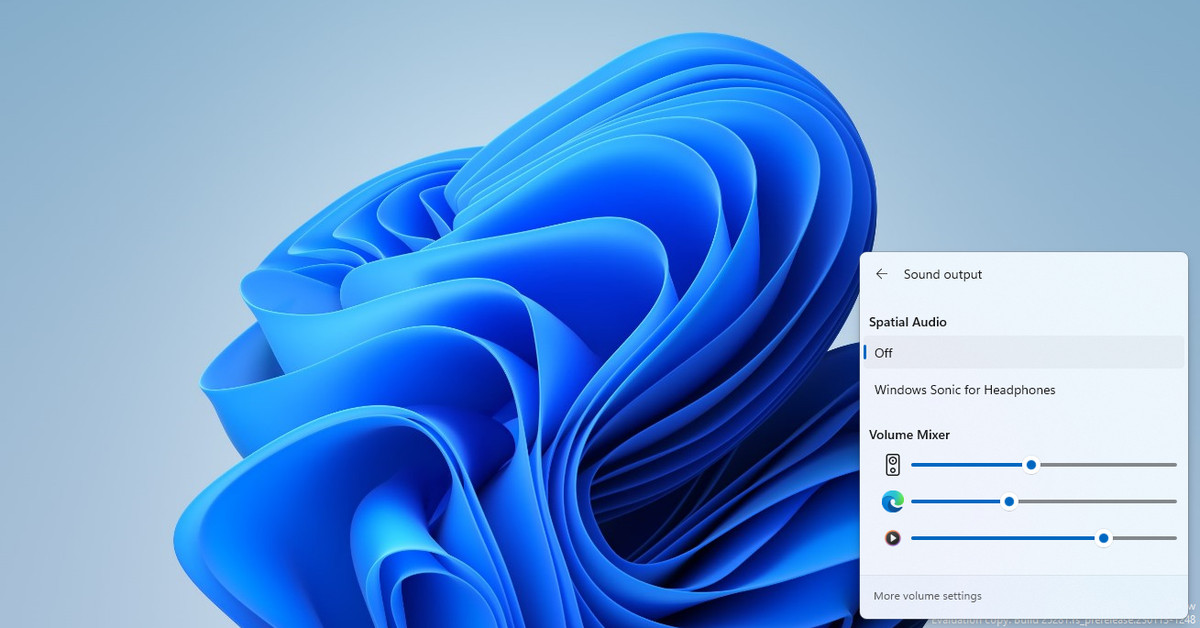 
Microsoft is copying features from a popular third-party audio tool for Windows. In the latest test build of Windows 11, a new volume mixer can be enabled that looks a lot like EarTrumpet. The new Windows 11 feature provides quick access from the taskbar to switch audio outputs and control individual app volumes.

Sherlocking aside, it’s encouraging to see Microsoft invest more into Windows audio features. EarTrumpet set the standard, and it has taken Microsoft five years to recognize it’s a worthwhile investment. The operating system has long needed improvements here, and Windows users shouldn’t really have to resort to third-party tools that put another volume icon in your system tray. Microsoft’s implementation isn’t as quick and easy as EarTrumpet, but there’s still time for the company to refine it before launch.

Microsoft hasn’t officially acknowledged the new audio features in Windows 11 test builds. The feature is hidden under an experimental flag, part of a way for Microsoft to test Windows 11 features that might never ship. Lots of experimental features get spotted early, usually weeks before Microsoft officially announces them and provides access to testers to start accepting feedback.