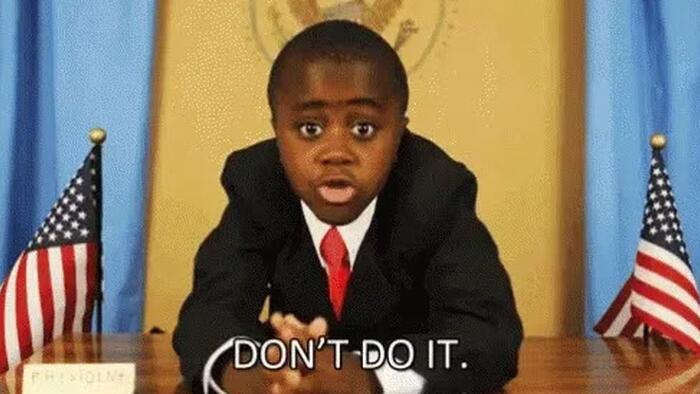 
Authored by Tom Niemeyer via BitcoinMagazine.com,

As you might have learned from watching the mainstream news, the bitcoin price has been pumping as of late. If you bought the top and held until now, you may consider taking advice from good ol’ Mr. Goldshill himself, Peter Schiff, and use this opportunity to sell. If you’re someone who missed the boat, though, you may reasonably wait for confirmation and buy closer to $70,000. For those thinking to make a quick buck, you might hop on for a ride just to try and cash out near the next all-time high. If you’re a Communist who doesn’t believe we need a noncoercive way to coordinate human action… well, then, I can’t help you.

Whatever your story or specific situation is, one thing is clear: buying bitcoin is not going to help you.

Yes, you read that right. The physical act of trading one monetary good for another does next to nothing for you. Sure, you might make a few dollars in the short term (save for as much as 37% on short-term gains taxes). You may even get a girlfriend. Pay for that next vacation? Lambo? Why not?! But none of that matters because the ultimate value of bitcoin is not merely quantitative, but qualitative. And to get the qualitative benefits, you’ll need to prove you’ve done some work…

The gift of bitcoin lies in the unfathomable unlocking of understanding that you receive from putting in the time and effort to study it. The bad news is that there’s so many different rabbit holes down which to go. You could spend months to years learning about any of the following: cryptography, computer science, distributed systems, open-source software, network effects, game theory, economics, monetary theory, eleventh grade math, energy production, geopolitics, history, human rights, philosophy, human psychology, personal responsibility, just to name a… few. The good news is that there’s so many rabbit holes down which to go. I’ve been studying Bitcoin since 2018, and I’ve yet to even come close to exhausting the depth and breadth that Bitcoin offers. On top of that, the wisdom derived is rooted in reason and logic; it acts as an anchor in a world where reality is constantly and increasingly manipulated.

Initially, it’s hard to grapple with the fact that you’ve grown accustomed to living with a relatively short-term mindset, as we all have at some point in our lives. This short-term mindset is what Bitcoiners refer to as “high time preference.” It might take some time, but understanding how the money we choose changes individuals’ incentive structure is the first step to understanding why bitcoin is the best form of money. Inflationary fiat incentivizes its users to make decisions based on the needs of the present, while disinflationary bitcoin incentivizes its users to plan for the future while deprioritizing present consumption. It took me years of intent study to get to a point where I could articulate that point and truly grasp its effect on society. Don’t expect to get there in one conversation, article or podcast. This knowledge can only be spoon fed so much. You have to build a “proof-of-work” mindset. Unfortunately, many of your friends think they already know what they don’t know…

DUNNING-KRUGER AROUND AND FIND OUT

Wikipedia states that the Dunning–Kruger (DK) effect is a cognitive bias whereby people with low ability, expertise or experience regarding a certain type of task or area of knowledge tend to overestimate their ability or knowledge. One main reason that most normies won’t take the time and effort to do their own research, or DYOR, is because of hubris.

The most recent and obvious example of this in regards to Bitcoin came during Joe Rogan’s recent interview with geopolitical strategist, speaker and New York Times best-selling author, Peter Zeihan. While this guy is seemingly intelligent and well versed on much of what he writes and speaks about, he completely exposed his utter lack of knowledge and understanding of Bitcoin (and basic monetary theory) in less than a three-minute time span. For a great breakdown of how epically wrong he was about Bitcoin, listen to Guy Swann’s brilliant “Bitcoin Audible” podcast.

The point here is not to beat up on Zeihan (too much). The point is that we are all human and are able to easily make incorrect assumptions based on misconceptions and ignorance. To approach Bitcoin, you must begin with a level of humility and intellectual honesty. Unfortunately, too many of us will outsource this to “trusted” media sources filled with people who have yet to do the work themselves. This is a core concept within Bitcoin: don’t trust, verify. If you choose to trust those who show bravado but are void of any depth of knowledge, you’ll end up sharing their same misconceptions. You have to do the work yourself and come to your own conclusion. It takes… time (pun indeed intended).

The physical act of purchasing bitcoin is not the pinnacle of virtue. If you want to capture the entire value that Bitcoin offers, you need to show the mental proof of work required to comprehend at least a fraction of what this invention can do. Most of your normie friends won’t, though. Many will continue believing that the solution to life’s ills can be solved through subjugating their will to an equally-flawed human, whether they be red or blue. Others will go back to their bread and circuses. Most will lose focus in order to support “the next thing.” Everyone will have their reasons and justifications. Some of your friends will even become salty haters or remain intellectually dishonest.

You, on the other hand, have the opportunity to expand and grow, to see outside of yourself. Lower your time preference. Face your Twitter addiction. Turn off your television. Get anchored in reality. Don’t listen to any cocky DKs. Read a book. Listen to an audiobook. Download a podcast. Ask questions. Attend a local meetup. Prove your work. Take the orange pill. Do your own research. I humbly implore you, don’t buy bitcoin. Just learn about it.