Somebody call the Easter Bunny, because he dropped his entire basket in That ’90s Show. Netflix’s recent reboot is a whole garden of Easter eggs and subtle callbacks to its timeless predecessor, That ’70s Show.

From secret treasures hiding in plain sight to more obvious returns of That ’70s Show’s staple moments, here are all the references and Easter eggs lurking in That ’90s Show. (If you think you’ve already managed to find them all, well, think again.)

1. The Candy Land board game did its job.

Any That ’70s Show connoisseur will remember that Eric Forman (Topher Grace) used to hide his secret stash in his Candy Land board game box. Flash forward two decades, and Kitty (Debra Jo Rupp) is cleaning out the basement, where Eric’s daughter Leia (Callie Haverda) and her new friends find some treasures. The main prize? Eric’s secret stash from the ’70s, still hidden in his not-so-secret box.

Keen-eyed viewers will notice that Gwen (Ashley Aufderheide) opens a board game with the Candy Land logo hiding in plain sight and finds the stash, much to the group’s delight. It’s a fun Easter egg and a great baton-passing from one generation to the next. It’s also good to know that Eric’s hiding spot worked out for him for all these years.

2. The water tower is a cornucopia of hidden gems. We all remember Point Place’s water tower as one of the OG gang’s main hangout spots. From Kelso (Ashton Kutcher) falling off it to that famed rebellious night painting a marijuana leaf on it, the water tower is a That ’70s Show staple, and its reign continues in the ’90s.

When Leia’s friends hang out at the water tower, you’ll notice the leaf painting is still there, albeit washed out, along with a whole bunch of fun Easter eggs. Some of my favorites include Jackie’s (Mila Kunis) name spray-painted on the tower, and Donna’s (Laura Prepon) name marked out on its railings.

Every cameo in ‘That 90’s Show’ ranked Way back in the 1970s, Eric and Donna found a free keg calling their name, but alas, there was no tap to start the fun. Hilarious hijinks ensued, and 20 years later, their kid faces the same dilemma.

Drawing inspiration from That ’70s Show‘s Season 1 episode “The Keg,” That ’90s Show kicks off with Leia having to get a tap for a free keg her friends snagged. While this isn’t technically an Easter egg, it’s a nice callback to the original, reminding us that no matter the generation, getting some free beer remains the ultimate quest of teendom. Fez (Wilmer Valderrama) loved his candy, specifically, Tootsie Rolls. His affinity toward the sweet delight gave us one of his most iconic lines from the show: “How many licks does it take to get to the Tootsie Roll center of a Tootsie Pop?” (From That ’70s Show, Season 2, episode 24).

Cut to the ’90s. Fez now owns a hair salon called Chez Fez, where Tootsie Rolls are offered for free! In many ways, he’s checked off his bucket list: becoming a local celebrity, owning a hair salon, and being so successful that he can give out Tootsie Rolls to all — the true benchmark of the American dream.

5. Eric stays true to his word. 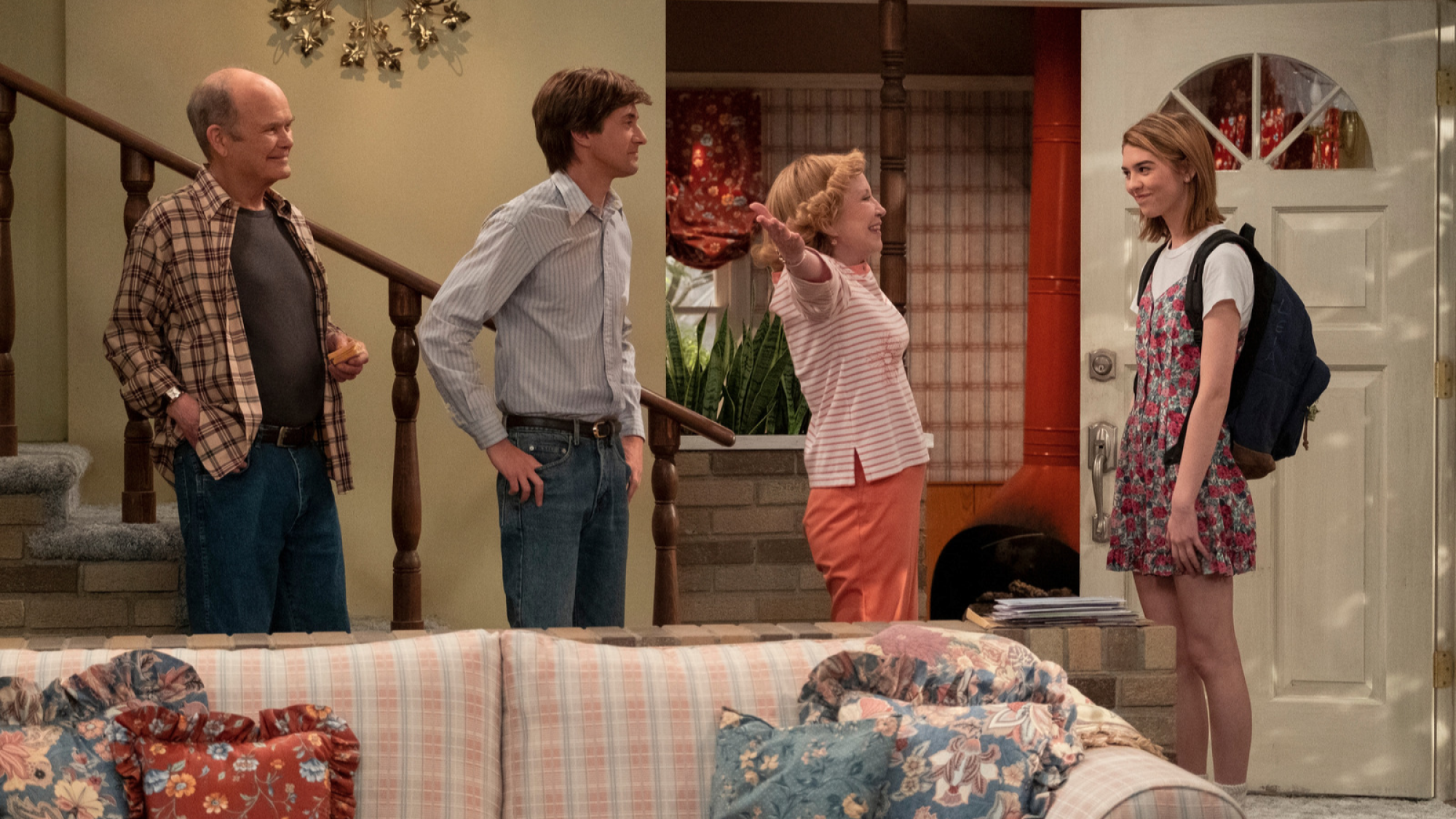 Our favorite Star Wars–obsessed geek once proudly proclaimed in the ’70s that he’d name his kids Luke and Leia after the galaxy’s ultimate heroic sibling duo. So when Kitty and Red (Kurtwood Smith) welcomed their granddaughter Leia in the ’90s, I immediately wondered where the hell Luke was.

The show writers could have easily named Eric and Donna’s daughter anything, but calling her Leia is a sign that even though he may be an adult, Eric hasn’t really changed. Despite being one of the more obvious Easter eggs in That ’90s Show, the return of the Vista Cruiser was a cherished rush of nostalgia nonetheless. And to everyone’s surprise, it’s still working after all these years.

With the baton now officially passed to Leia, the Vista Cruiser remains the gang’s go-to for both cruises and confessions, offering its wheels for drives to dingy raves and its hood for late-night talks about unrequited teenage love. Cheers to many more nights with the Vista Cruiser in the ’90s.

7. We still don’t know where Fez is from. One of the most frustrating yet iconic running gags of That ’70s Show was not knowing where Fez was actually from. For anyone who hoped to have that question answered, we have some bad news for you — the gag lives on.

In That ’90s Show, Kitty has befriended new neighbor Sherri (Andrea Anders), who is Fez’s latest girlfriend. During a fun gossip session in the Forman’s kitchen, Kitty begins explaining where Fez is from, but a blender starts loudly whirring. Maybe some things are better left unknown. It’s the core of That ’70s Show, the heart of its friendships, and the blueprint for how to show getting high on family-friendly TV. The circle is by far the most memorable and iconic asset of the show’s entire run. That ‘90s Show returns to the circle in its pilot episode, where we see a new generation saying the most absurd things ever, all while reminiscing about the old days.

From the spinning camera work to the subtle stream of smoke hotboxing the basement, the circle is back, and it’s as good as ever.

That ’90s Show is now streaming on Netflix(Opens in a new window).