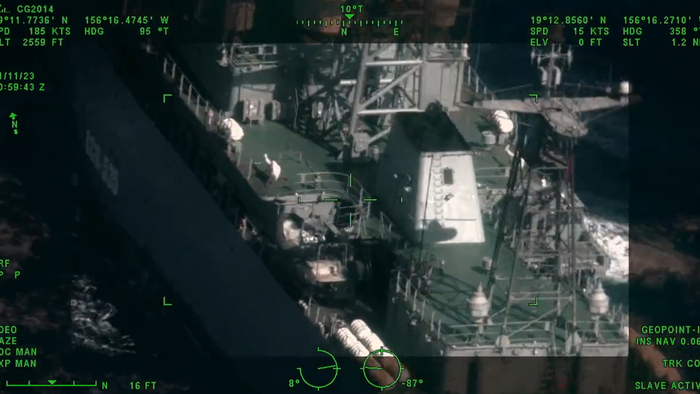 
The US Coast Guard has announced that it is closely monitoring a suspected Russian spy ship not far off the coast of Hawaii, and that the vessel has been lingering there for weeks.

“In recent weeks, the US Coast Guard has continued to monitor a Russian vessel, believed to be an intelligence gathering ship, off the coast of the Hawaiian Islands,” a Coast Guard press release said.

“While foreign military vessels may transit freely through the U.S. economic exclusive zone (EEZ), as per customary international laws, foreign-flagged military vessels have often been observed operating and loitering within Coast Guard District Fourteen’s area of response,” it added.

On Wednesday the Coast Guard in addition to the fresh announcement shared a clip of the alleged Russian spy ship’s movements near Hawaii.

In recent weeks, the @USCG has continued to monitor a Russian vessel, believed to be an intelligence gathering ship, off the coast of the Hawaiian Islands.⁰

Last May, US Indo-Pacific Command had been alerted to the movements of another Russian ship near Hawaii, which the US military tracked before it exited the area. US and Russian encounters at sea or in the air near Hawaii remain relatively rare, while there are typically a handful of such incidents off the Alaskan coast, usually involving Russian long-range bombers patrolling the Barents Sea.

Earlier this week Russia said it intercepted and escorted a German maritime patrol plane over the Baltic Sea when it approached Russian territory, at a moment tensions with NATO are soaring due to the war in Ukraine. Addressing the Monday confrontation, the Russian Defense Ministry described, “After the foreign military aircraft turned away from the state border of the Russian Federation, the Russian fighter returned to its home airfield.”