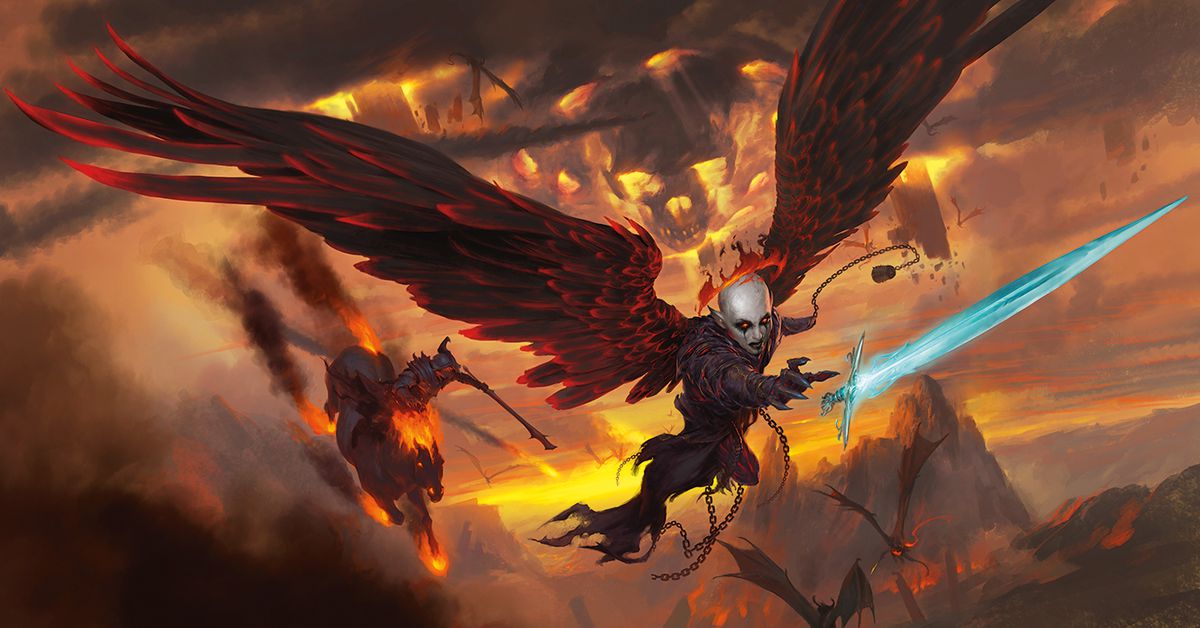 
A new draft of the Dungeons & Dragons Open Gaming License, dubbed OGL 1.2 by publisher Wizards of the Coast, is now available for download. The announcement was made Thursday by Kyle Brink, executive producer of D&D, on the D&D Beyond website. According to Wizards, this draft could place the OGL outside of the publisher’s control — which should sound good to fans enraged by recent events. Time will tell, but public comment will be accepted beginning Jan. 20 and will continue through Feb. 3.

The OGL was developed and refined in the lead up to D&D’s 3rd edition, and a version of it has been in place for more than two decades. It is part of the legal framework by which creators have been able to build their own tabletop RPGs alongside the Hasbro-owned brand. It has given rise to games like Pathfinder, as well as successful companies Paizo, Kobold Press, and many more. But proposed changes to the OGL, leaked to and first reported on by io9, seemed to create an adversarial relationship between Wizards and its community of creators. That situation only intensified after a protracted silence by Wizards surrounding the leak — followed by a less than cordial initial apology.

Thursday’s release of the OGL 1.2 draft is accompanied by a much kinder tone — more in line with a second apology delivered on Wednesday. There’s a surprise as well: Wizards is opting here for a Creative Commons license. Creative Commons is a nonprofit organization that, by its own description, “helps overcome legal obstacles to the sharing of knowledge and creativity to address the world’s most pressing challenges.” As such, a Creative Commons license once enacted could ultimately put the OGL 1.2 outside of Wizards’ control in perpetuity.

“We’re giving the core D&D mechanics to the community through a Creative Commons license, which means that they are fully in your hands,” Brink said in the blog post. “If you want to use quintessentially D&D content from the SRD such as owlbears and magic missile, OGL 1.2 will provide you a perpetual, irrevocable license to do so.”

So much trust has been lost over the last several weeks that it will no doubt take a while for legal experts — armchair and otherwise — to pour over the details of the new OGL. But here are the bullet points that Wizards is promoting in this official statement:

– Protecting D&D’s inclusive play experience. As I said above, content more clearly associated with D&D (like the classes, spells, and monsters) is what falls under the OGL. You’ll see that OGL 1.2 lets us act when offensive or hurtful content is published using the covered D&D stuff. We want an inclusive, safe play experience for everyone. This is deeply important to us, and OGL 1.0a didn’t give us any ability to ensure it

– TTRPGs and VTTs. OGL 1.2 will only apply to TTRPG content, whether published as books, as electronic publications, or on virtual tabletops (VTTs). Nobody needs to wonder or worry if it applies to anything else. It doesn’t.

– Deauthorizing OGL 1.0a. We know this is a big concern. The Creative Commons license and the open terms of 1.2 are intended to help with that. One key reason why we have to deauthorize: We can’t use the protective options in 1.2 if someone can just choose to publish harmful, discriminatory, or illegal content under 1.0a. And again, any content you have already published under OGL 1.0a will still always be licensed under OGL 1.0a.

– Very limited license changes allowed. Only two sections can be changed once OGL 1.2 is live: how you cite Wizards in your work and how we can contact each other. We don’t know what the future holds or what technologies we will use to communicate with each other, so we thought these two sections needed to be future-proofed.

Fans are encouraged to read up and educate themselves on the fine points of intellectual property law, and then respond through official channels back to Wizards — much in the same way that new in-game content is tested out.

A revised version of this draft will be presented to the community again “on or before February 17.”

“The process will extend as long as it needs to,” Brink said. “We’ll keep iterating and getting your feedback until we get it right.”