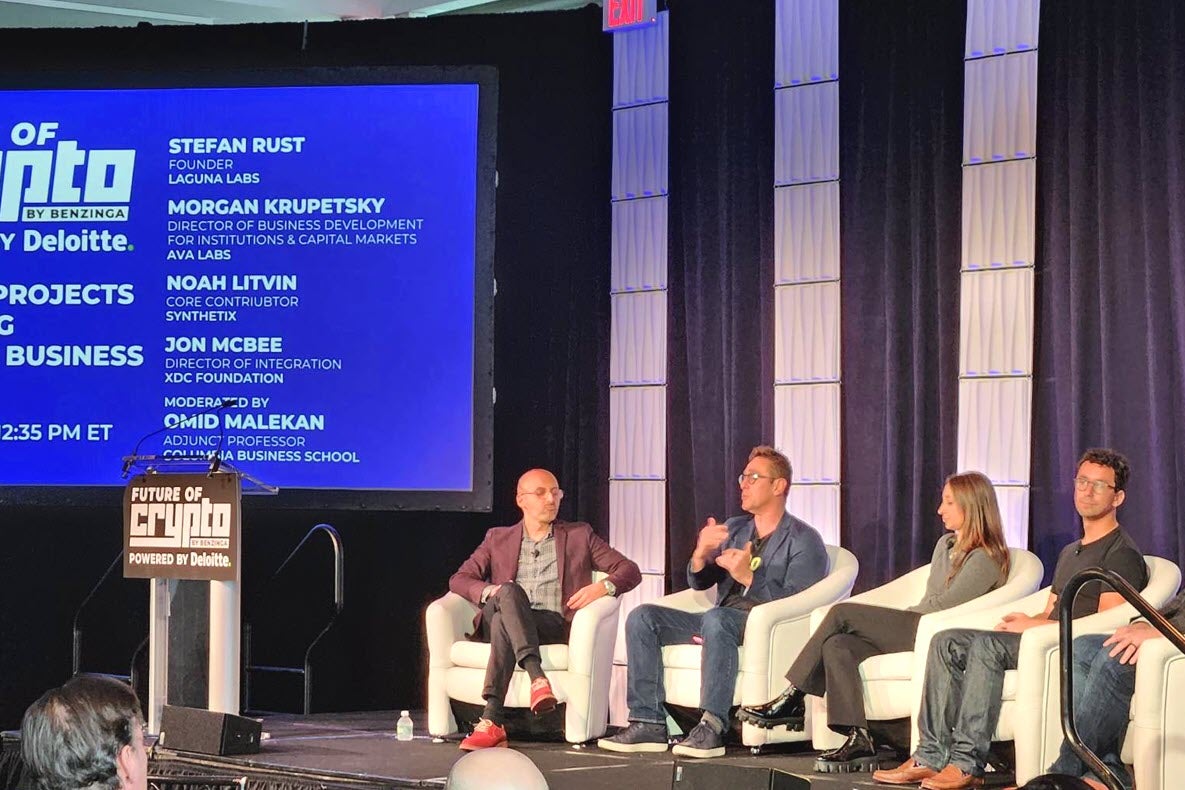 However, it was Morgan Krupetsky, director of business development for Ava Labs, the developers of Avalanche AVAX/USD network, who had the mic drop comment when she said, “I think ultimately there will be a time when DeFi (Decentralized Finance) becomes just Fi.”

Krupetsky clarified that Ava Labs’/Avalanche’s goal was not necessarily to disrupt or displace traditional finance – but rather to “disentangle it.” Lowering fees, increasing transparency, and lowering barriers to entry for financial markets will benefit both TradFi and DeFi investors.

McBee concurred that the larger value of what blockchain can bring to traditional finance is in its trustless economy.

“Long-term, we will see lower fees and fewer intermediaries, but the larger value is that it’s trustless,” McBee said.

Of course, centralized exchanges that have failed spectacularly, such as FTX FTT/USD, have put a renewed focus on the need for decentralization and a sharp reminder of the harm a project can do when they aggregate and misuse customer funds.

“In the world we live in, nothing stays the same. Those businesses that stay the same will be the losers,” Rust said.

The moderator Omid Malekan is an adjunct professor at Columbia Business School and the author of “The Story of Blockchain.”

Watch the full inteview on Benzinga’s YouTube channel and stay tuned for more from Benzinga’s Future of Crypto event.