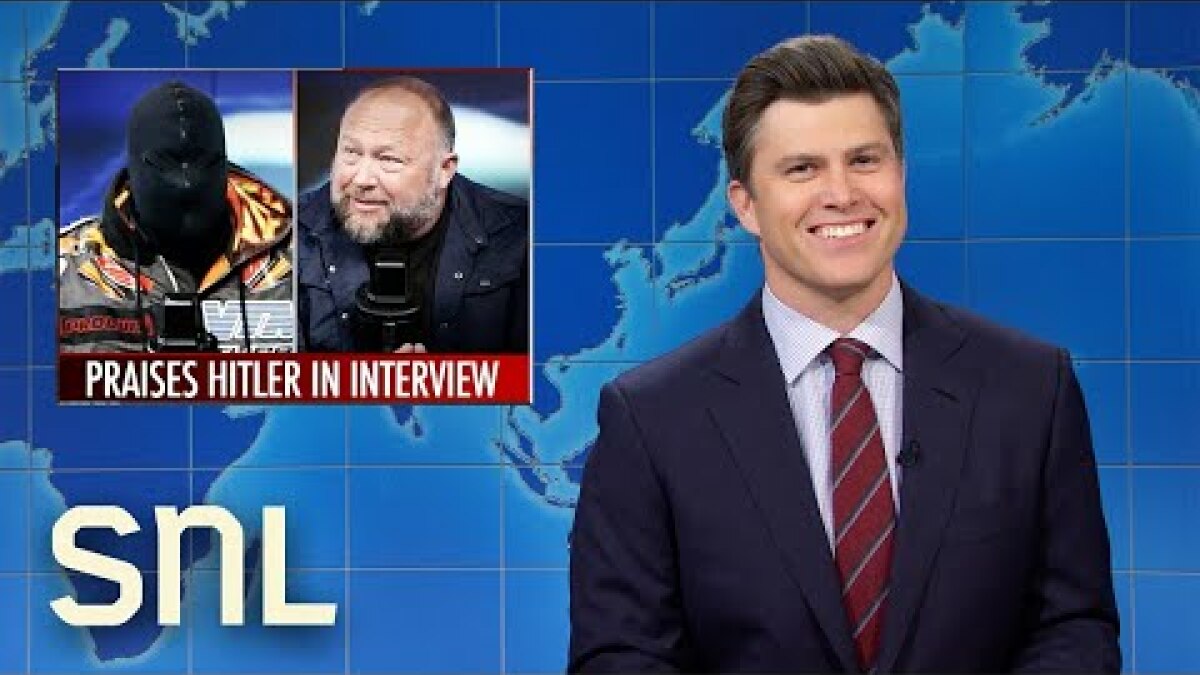 
Isn’t it crazy that between Alex Jones and Kayne West, Jones is the one who appears the least insane? That’s also what the host of Saturday Night Live’s Weekend Update thinks as they cover the latest headlines from the past week.

Starting with Ye’s appearance on the InfoWars podcast, co-host Colin Yost joke that “At this point, I don’t think Kanye is off his meds as much as he’s immune to them. We’re basically dealing with the Omnicom variant of Kanye.”

Continuing on, co-host Michael Che remarks that President Joe Biden is forcing rail workers to accept their union deal with no paid sick leave despite the President himself “shows up to work every day with full-blown CTE.”

Jost and Che spend the rest of the video covering more Herschel Walker madness, attempts by the Biden administration to make South Carolina the first presidential primary state instead of Iowa, and reports that Russian President Vladimir Putin fell down the stairs and soiled himself. “Is there a video?”