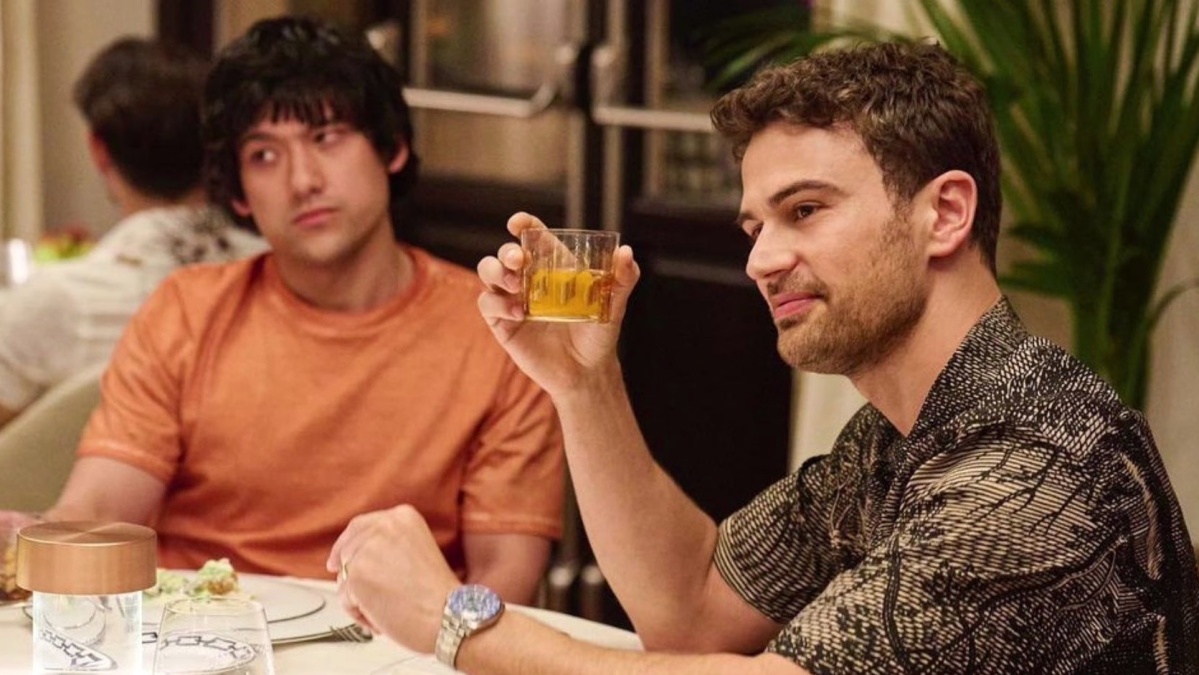 
Season 2 of HBO’s The White Lotus is officially past its midpoint. And while there’s still some room for doubt about which characters get bumped off at the end of this Sicilian murder-mystery, there’s little doubt about which one most deserves an untimely death: Cameron, the smarmy American bro played by British beefcake Theo James.

Cameron’s moral crimes on the show are legion, as well as sun-blisteringly obvious. He cheats on his wife Daphne (Meghann Fahy), who informs us that Cameron works with some of the worst Bernie Madoff types in finance. He belittles his supposed college friend Ethan (Will Sharpe) every chance he gets, while hitting on (and in episode 1, casually exposing himself to) Ethan’s wife Harper (Aubrey Plaza). To top it off, in episode 5, Cameron seems to think he can get away with not paying sex workers Lucia and Mia (Simona Tabasco and Beatrice Grannò) he hired while Daphne and Harper were away for the night.

But Cameron’s greatest crime is this: He is lazily written and poorly acted, a cartoon sitting like a black hole at the center of an otherwise intriguing satire. If he is one of the corpses, and there are an increasing number of reasons to think we’re heading for a “revenge of the wives” scenario, few viewers will mourn him the way they did Armand, the past-breaking-point hotel manager who dies in Season 1. There’s no third dimension here to mourn.

Who, exactly, is going to die in ‘The White Lotus’ Season 2?

This is how Cameron differs from Season 1 villain Shane, an equally over-privileged scion who ended up accidentally killing Armand. Shane was a preppy jerk who wanted to control his newlywed wife – and yet he felt real. Why? Partly the acting chops of Jake Lacey, who won an Emmy nod for his seething portrayal. Mostly, a script that combined Shane’s anger and his sad, self-defeating hunt for the most elite experience the hotel could offer.

Shane’s diatribes on how he had been wronged, in suite allocation as well as in love, made sense from Shane’s perspective. You believed that he believed it; indeed, it is precisely what the five-star hotel system encourages pampered customers like Shane to believe.

Cameron, alas, suggests that showrunner Mike White has no idea what made Season 1 work. Shane insisted on wearing uncomfortable loafers in Hawaii: a telling and oddly humanizing detail. Cameron is a cookie-cutter finance dude with his shirt buttons ostentatiously open. What unusual human factor motivates him? We don’t know. He’s a basic bro right down to his choice of condom: standard Durex, according to the wrapper Harper fishes out of her couch.

(Now if Cameron was the kind of douche who would deliberately plant an “XL” wrapper for his friend’s wife to find, that I could believe.)

Believability is the problem all around with this guy. Sure, Cameron has to be a bit of a jerk to Ethan – but he’s so much of a jerk you have a hard time imagining they were ever friends, or that Ethan would agree to the vacation. He’s supposed to be jealous of Ethan, but we need more showing of that, less telling. The story requires us to believe Cameron knows how to party, but then he gets his crew to mix MDMA and alcohol — about as basic an error as party fouls get. (Unless there are lots of cut scenes where Cameron, Ethan, Lucia, and Mia hydrate responsibly.)

To make matters worse, James plays Cameron in as cartoonish a manner as possible, with a lecherous sneer plastered on his face in most scenes. He slaps backs and drawls like a cowboy — a cringingly amateur approach to an American role from an English actor. You don’t believe he believes it. (James adopted a similar fake-Yank style for the title role in the so-so HBO series The Time Traveler’s Wife, while failing to find chemistry with co-star Rose Leslie; turns out that there’s only so far in the acting world that a rocking bod can take you before you start sinking entire projects.)

Bad enough to be a cartoon hero, worse to be a cartoon villain. Anthony Hopkins once explained how he approaches a role like Hannibal Lecter: Look for the good in them and play that, Hopkins said. It makes the character even more chilling, because you catch yourself wanting to like them despite their deeds.

Examples like that abound in The White Lotus. This is a story that makes us feel a disturbing amount of sympathy for the sex-addicted Hollywood producer whose fondest wish is to repair the marriage irretrievably ruptured by his philandering. Likewise for Bert, the incorrigible broken-down old flirt whose own dark marital history casts a shadow over his son. He’s played by F. Murray Abraham, who practically wrote the book on believable bad guys with his Oscar-winning Salieri in Amadeus.

Next to that performance, James is the 21st century equivalent of a silent-movie villain twirling his mustache. 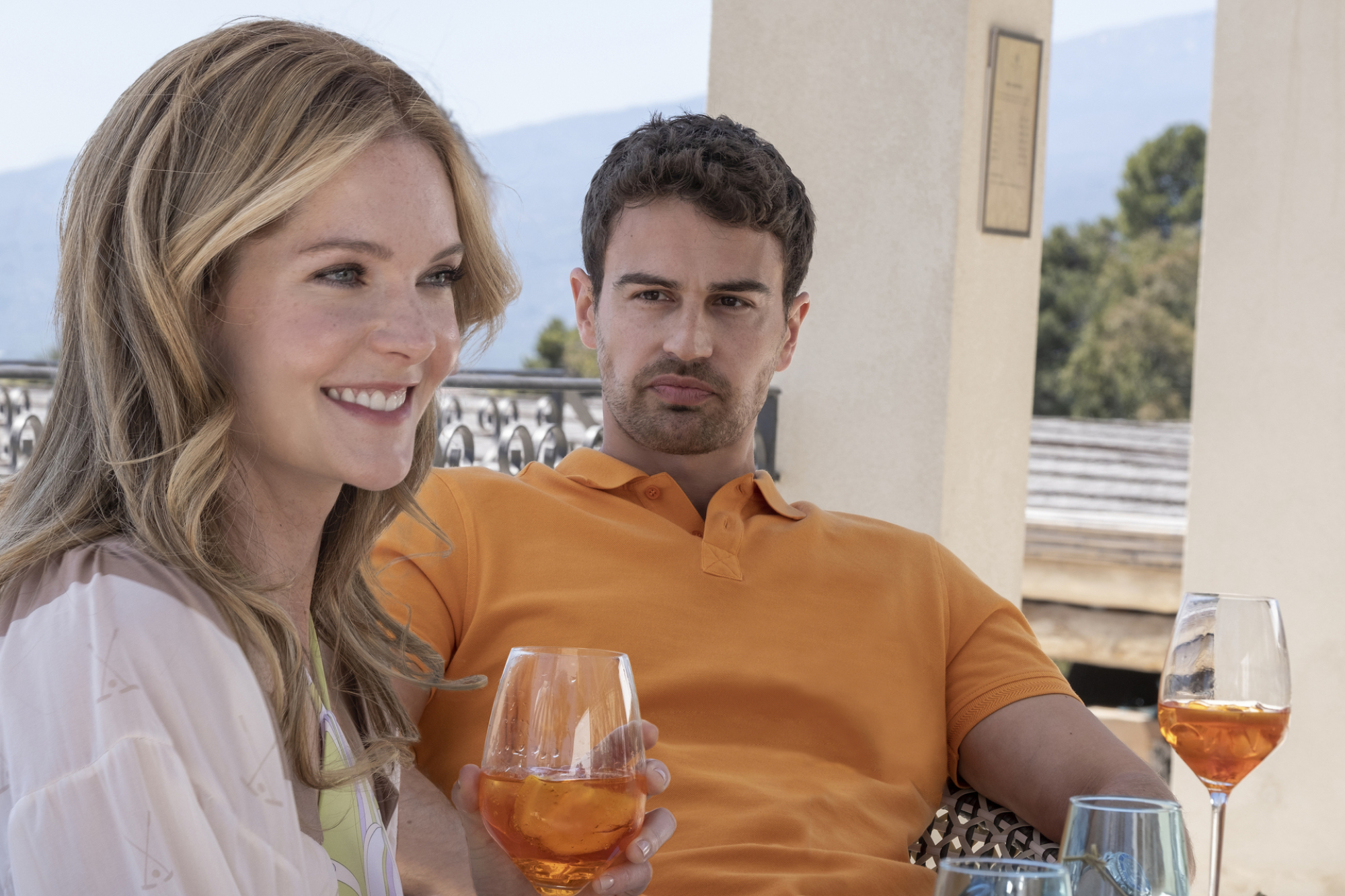 I believe Daphne would hang out on the beach the next morning, talking to potential witnesses about her amazing stay before coming across the first body in the ocean, thus establishing her apparent innocence. I believe she wouldn’t have been as prominent in that scene if there weren’t a sting in her tale.

I can believe that Cameron will die as he lived — as a disappointing caricature and missed opportunity.

I can also believe that Cameron is such a cookie-cutter character because he’s designed to slot into the myth of the Moor’s head, flagged at the beginning of the season — a roguish husband who fails to disclose to a local lover (in this case, Mia and Lucia) that he had a family back home, and is executed for it.

I can believe that Mike White thinks we won’t expect this to happen to Cameron, because Season 1 trained us to expect that the privileged bro will always escape consequences and stay with his wife. White is therefore likely to give us a cautionary tale with the opposite result, especially given that said bro seems entirely ignorant of the local Mafia culture that is being clearly flagged.

I can believe that Cameron will die as he lived — as a disappointing caricature and missed opportunity. And I can only hope that the anthology show’s third season, now confirmed, will not contain such a sophomore slump.

The White Lotus is now streaming on HBO, with weekly episodes.(opens in a new tab)