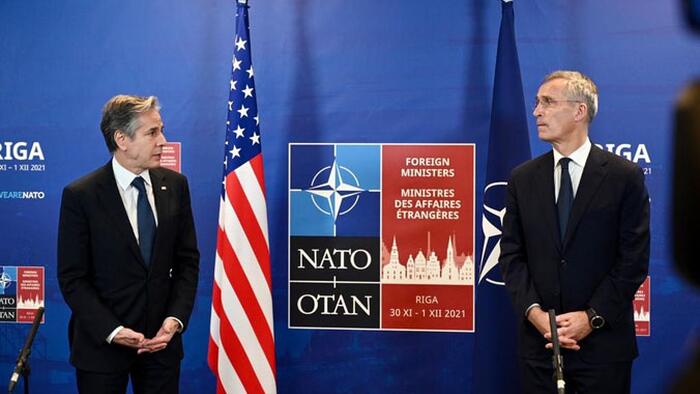 He pledged that one day the eastern European country which has for nine months been under Russian invasion will become a NATO member. This of course is a prime issue for Moscow which triggered Putin’s “special operation” in the first place.

Stoltenberg issued the reaffirmation in the presence of US Secretary of State Antony Blinken and other top diplomats of NATO countries, who are currently gathered in Romania to discuss continued support to Kiev headed into the harsh winter months.

Stoltenberg further touted (and seemed to directly taunt Moscow) that Scandinavian countries Finland and Sweden are soon to be the next full members of the Western military alliance:

“Russia does not have a veto” on countries joining, he said about the recent entry of North Macedonia and Montenegro into the security alliance. He added that Russian President Vladimir Putin “will get Finland and Sweden as NATO members” soon.

On this front, Turkey’s government has recently described “progress” made by Finland and Sweden regarding Ankara’s demands that they take more action against the Kurdish PKK and associated individuals living in their countries.

Turkish foreign ministry officials assessed the following to come out of the latest talks:

“We exchanged a series of ideas with the police and their colleagues in Türkiye to speed up the fight against the terrorist threat to Türkiye from the PKK,” Oscar Stenström told local radio after Turkish, Swedish and Finnish delegations met in Stockholm on Nov. 25.

…A joint statement issued by the three countries after the meeting stated that Türkiye had accepted that “NATO candidates had taken steps that fulfilled their commitments.”

“We had a very good tone, and for the first time in a joint statement, we signaled that progress was being made,” Stenström said.

Norway’s government has meanwhile seconded Stoltenberg’s call for eventual Ukraine admission into NATO: “We stand by that, too, on membership for Ukraine,” a Norwegian official said.