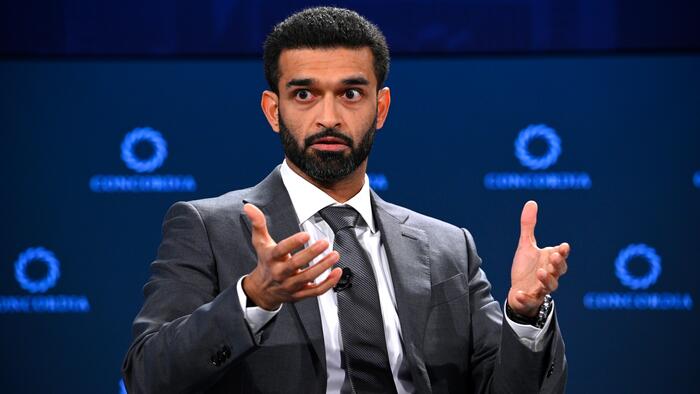 An Amnesty International campaigner on Tuesday led calls for “truth, justice, and compensation” after Qatar’s World Cup chief admitted that hundreds of migrant workers died during the construction of projects related to the FIFA tournament.

In an interview with British journalist Piers Morgan aired on TalkTV, Hassan Al-Thawadi, secretary general of the Qatar World Cup Supreme Committee, was asked how many migrant workers—who make up 90% of the nation’s workforce—have died during the construction of $300 billion worth of tournament-related infrastructure including stadiums, hotels, highways, railways, and an expanded international airport. “The estimate is around 400, between 400 and 500,” Al-Thawadi replied. “I don’t have the exact number, that’s something that’s been discussed. One death is too many, it’s as simple as that.”

Responding to Al-Thawadi’s remarks, Steve Cockburn, Amnesty International’s head of economic and social justice, said that “the continued debate around the number of workers who have died in the preparation of the World Cup exposes the stark reality that so many bereaved families are still waiting for truth and justice.”

“Over the last decade, thousands of workers have returned home in coffins, with no explanation given to their loved ones,” he noted. An analysis by The Guardian found that more than 6,500 workers from India, Pakistan, Bangladesh, Nepal, and Sri Lanka died in Qatar since the repressive Gulf monarchy was awarded soccer’s premier international tournament in late 2010. The Guardian‘s estimate, however, has been criticized for counting all foreign worker deaths in the country over the past decade.

“Qatar’s extreme heat and grueling working conditions are likely to have contributed to hundreds of these deaths, but without full investigations, the true scale of lives lost can never be known,” Cockburn continued. “Meanwhile, families are suffering the added anguish of severe financial insecurity that comes from losing the main wage earner.”

“There is nothing natural about this scale of loss and there can be no excuse for denying families truth, justice, and compensation any longer,” he added. “Until all abuses suffered by migrant workers in Qatar are remedied, the legacy of this World Cup will be severely tarnished by their mistreatment.”

Al-Thawadi asserted that conditions are improving for migrant workers in Qatar, noting the implementation of a 1,000 riyal, or about $275, minimum monthly wage and increased attention to safety. “I think every year the health and safety standards on the sites are improving, at least on our sites, the World Cup sites, the ones that we’re responsible for, most definitely,” he said.

A spokesperson for Qatar’s Supreme Committee for Delivery and Legacy appeared to backpedal Al-Thawadi’s remarks in a Tuesday statement reiterating the Qatari government’s claim of just three work-related and 37 non-work-related migrant worker deaths during the World Cup construction period.

“Separate quotes regarding figures refer to national statistics covering the period of 2014-2020 for all work-related fatalities (414) nationwide in Qatar, covering all sectors and nationalities,” the agency said.

Hari, a 27-year-old Nepalese builder who earned 700 riyals a month in a country where the average Qatari household makes more than 100 times more, described working conditions to CNN earlier this month:

It was too hot. The foreman was very demanding and used to complain a lot. The foreman used to threaten to reduce our salaries and overtime pay. I had to carry tiles on my shoulder to the top. It was very difficult going up through the scaffolding. In the pipeline work, there were 5-7 meters deep pits, we had to lay the stones and concrete, it was difficult due to the heat. It was difficult to breathe. We had to come upstairs using a ladder to drink water. At some places, they didn’t have water. Some places, they didn’t provide us water on time. At some places, we used to go to houses nearby asking for water.

It never happened to me, but I saw some workers fainting at work. I saw one Bengali, one Nepali… two to three people faint while working. They took the Bengali to medical services. I’m not sure what happened to him.

A 2019 study of 1,300 Nepali migrant worker deaths in Qatar published in Cardiology Journal found a “strong correlation” between toiling in extreme heat and dying from heart problems.

Analyst Predicts Bitcoin (BTC) Price to Hit This Level By May – Right Time To Buy The Dip?