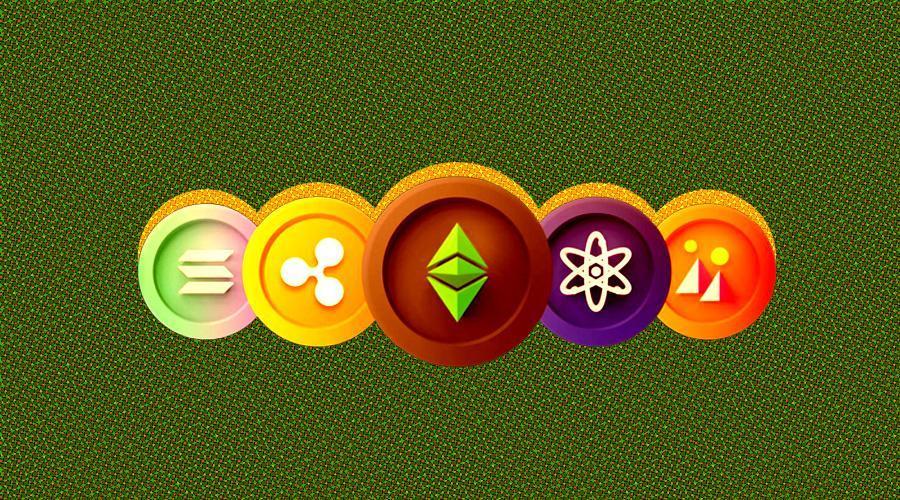 Thousands of cryptocurrencies exist in the crypto market, but Bitcoin and Ethereum continue to remain the most trusted cryptocurrencies. BTC made many millionaires when it soared past US$65,000. Cryptocurrencies took a steep turn in June of 2022. As the world took steps to curate a successful and profitable digital currency framework, the market plunged into an abyss of loss and volatility. Subsequently, several investors decided to sell off their investments and flee the market to avoid facing further financial losses. The flagship cryptocurrency, Bitcoin’s falling market dominance was one of the primary triggers that forced crypto users to flee the digital asset ecosystem. BTC’s current volatility is giving way to the other altcoins to rise and eventually take its place to become the largest cryptocurrency in the world. There are many Bitcoin and Ethereum alternatives that experts think will dethrone these two largest cryptocurrencies. Such top altcoins are not only growing rapidly but are also yielding satisfying results. Here is the list of the top 10 cryptocurrencies that might overtake Bitcoin and Ethereum in 2023.

Cardano has shown stunning price performance over the past year. ADA is popularly known as the third-generation cryptocurrency that aims to fix some of the problems faced by both Ether and BTC. Its mission is to use blockchain technology and to solve real-world problems while taking a research-intensive approach to development. Another reason why investors might prefer ADA over others is that its algorithm is more sustainable than the rest.

Solana has the capacity to process 50,000 transactions per second, while Bitcoin can process only about 7 TPS. This proves that SOL is a lot faster than BTC. It has a programmable blockchain that can run smart contracts, and like Cardano, it is environment-friendly as well. The performance of SOL in 2021 has been quite remarkable and has made its way to become the fifth-largest cryptocurrency by market capitalization.

Many people like the idea of cryptocurrency but are deterred from investing in it due to its decentralized nature. Ripple claims to offer some of that safety. It is the seventh-largest cryptocurrency in the market and is the shiniest token on top of the altcoin pyramid. XRP boasts incredibly fast transactions within a few seconds with minimum transactions costs.

Litecoin is often considered a close sibling of BTC. Both the cryptos work in the same way, except there are a few differences that make LTC more appealing. The Litecoin system was designed to operate about 4 times faster than that of Bitcoin. Litecoin can confirm the legitimacy of the transactions much faster than Litecoin. BTC only has a limit of 21 million, whereas Litecoin has a limit of 84 million coins. Even though its performance has been low, LTC has a great chance in the future.

Avalanche is a rising star of the crypto market. Its native AVAX coin can be used both as a part of the avalanche consensus mechanism and for paying transaction fees. For the year-to-date, Ethereum has gained a staggering 3,800% profits. With more applications moving into its ecosystem, the crypto is most profitable to reach the position of the largest cryptocurrency in the market in the future.

Dogecoin is another meme coin in the crypto universe. It is currently a lightweight cryptocurrency based on its market capitalization, but its growing investors’ community is rapidly making DOGE more popular every day, indicating that it might have a massive growth potential in the future. DOGE is highly supported by tech giant Elon Musk, which has promoted its growth immensely.