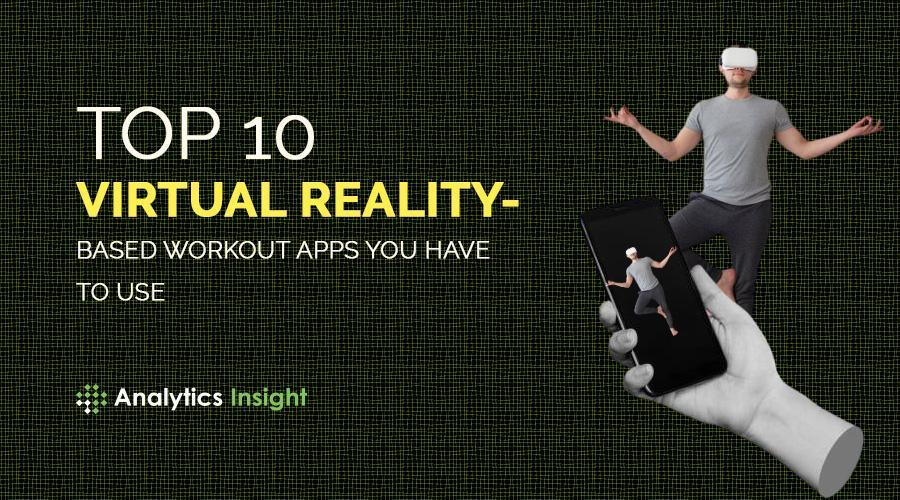 If you are a fitness freak, these Virtual Reality-Based Workout Apps you have to use.

Virtual Reality(VR) is just everywhere, it is no longer only a concept of science fiction. It’s a feature of your current reality. Technology has undoubtedly developed to turn fiction into reality. Actually, certain industries have already experienced the new technology and are benefiting from its advantages. And Fitness Industry doesn’t seem to be away from these benefits with the introduction of Virtual Reality-Based Workout Apps. The Top Virtual Reality-Based Workout Apps are making being fit fun and simple. Workout apps very always very convenient but with the mix of VR they have become more fun for the users. Virtual reality-based Workout is definitely here to make fitness more chase-worthy.

In order to get users active and in shape, the VR workout software Supernatural offers a selection of entertaining and difficult full-body and aerobic workouts. Supernatural has a variety of workout alternatives, including “Boxing,” a calorie-burning and sweat-inducing boxing workout, “Flow,” and “Stretch,” as well as “Meditation,” which provides users with guided meditations to aid with concentration, relaxation, and breathing.

Dance Central is another unconventional workout app, but it’s a terrific way to add some excitement, vigour, and sweat to at-home workouts. Dance Central delivers specially designed dance routines to music from current top-chart smashes to hits from the 1980s. Users can go to the dance club after learning these dances to compete for points in dance-offs. The fitness tool on Dance Central keeps track of the estimated calories you burn while dancing. Players can further alter their avatars by selecting various outfits and accessories.

Users of the cycling software VZFit now practically ride their bikes around any location in the globe thanks to a partnership with Google Street View. Users can ride bicycles across a variety of locations, including US cities and others like Rome, Shanghai, London, and Cape Town. Users may also log their progress and statistics, embark on collaborative virtual rides with up to five other people per ride, and pair the app with their own existing bike or elliptical machine.

The well-known Beat Saber VR software is not just a game but also a workout. The goal of Beat Saber is to cut blocks to the beat of the music while dodging obstacles by ducking and crouching. Players are equipped with lightsabers. The game’s audio and visual effects interest the player and make them want to play while also giving them a full-body workout. A selection of music packs featuring popular performers like Lady Gaga, Skrillex, Billie Eilish, and Imagine Dragons are included with Beat Saber.

In the rhythm VR game OhShape, players must dance and move their bodies in time to the music to punch, jump over, or avoid walls. Although OhShape is not a specifically designed exercise app, it incorporates dancing and movement into a game that makes you sweat and increase blood flow. As the game goes on, the pace picks up and players are found punching, jabbing, and dancing to the beat of upbeat music. Players must modify their bodies to fit the shape on the wall. You can play and compete in a multiplayer mode with the app’s 32 maps and 4 difficulty levels.

Being the first VR fitness platform that lets you exercise alongside actual trainers, Liteboxer VR is special in this regard. Liteboxer exercises are more inspiring, instructive, and efficient than boxing on your own or with other VR fitness applications with avatars or virtual instructors since there are nine top-notch trainers to pick from. Numerous tools are available to help you monitor your progress, including punch goals for every session, performance views for the past seven and thirty days, and your workout score, which is based on a combination of accurate hits, streaks, and force.

If your rowing machine, exercise cycle, or elliptical looks more like a towel rack than a piece of well-used exercise gear, Holofit might be the answer. With the help of the VR fitness software Holofit, you can workout safely at home while running, cycling, or rowing your way through a variety of immersive settings. The VR fitness app takes the idea of “distraction” to a whole new level by offering a variety of cardio challenges, virtual instructors, and interesting landscapes and worlds to explore while working out. Alternatively, you can push things into the fanciful realm and enjoy outer space and more. You can opt to boat, run, or bike through international destinations like Antarctica or the Amazon rainforest.

In this futuristic VR game, racquetball is elevated to new heights by Racket, NX. Racket. NX takes place inside a huge virtual glass dome filled with vibrant targets. In order to earn points and surpass their previous best scores, users must strike these goals. The game features both single-player and multiplayer options, as well as a number of predetermined soundtracks and the option to connect the user’s own music to the game. Users will become more physically fit as they play this easy-to-learn but physically taxing game more frequently.

In order to improve their reflexivity, judgement, and hand-eye coordination, professional trainers and athletes used the REAKT Performance Trainer. With the help of this virtual training system, you may improve your abilities and fitness while also becoming a better competitor. It also offers challenging training and competition options. REAKT develops a virtual training facility where you may monitor your development over time.

The Thrill of Fight

People enjoy taking boxing classes, but the thrill of the fight elevates the sport to entirely new heights. In a virtual boxing ring, users fight a variety of opponents with various abilities and strategies. Users work out and have fun while punching, jabbing, and boxing to upbeat music. The built-in functions that count calories burned or active moving minutes let users to keep track of their fitness objectives in addition.

The post Top 10 Virtual Reality-Based Workout Apps You Have to Use appeared first on Analytics Insight.