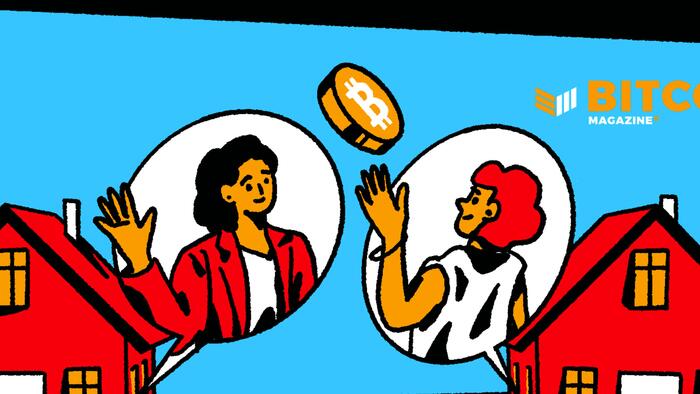 
Authored by Joakim Book via BitcoinMagazine.com,

That’s it. That’s the article.

In all sincerity, that is the full message: Just don’t do it. It’s not worth it.

You’re not an excited teenager anymore, in desperate need of bragging credits or trying out your newfound wisdom. You’re not a preaching priestess with lost souls to save right before some imminent arrival of the day of reckoning. We have time.

Instead: just leave people alone. Seriously. They came to Thanksgiving dinner to relax and rejoice with family, laugh, tell stories and zone out for a day — not to be ambushed with what to them will sound like a deranged rant in some obscure topic they couldn’t care less about. Even if it’s the monetary system, which nobody understands anyway.

If you’re not convinced of this Dale Carnegie-esque social approach, and you still naively think that your meager words in between bites can change anybody’s view on anything, here are some more serious reasons for why you don’t talk to friends and family about Bitcoin the protocol — but most certainly not bitcoin, the asset:

It’s highly unlikely that your uncle or mother-in-law just happens to be at that stage, just when you’re about to sit down for dinner.

Now, I’m not saying to never ever talk about Bitcoin. We love to talk Bitcoin — that’s why we go to meetups, join Twitter Spaces, write, code, run nodes, listen to podcasts, attend conferences. People there get something about this monetary rebellion and have opted in to be part of it. Your unsuspecting family members have not; ambushing them with the wonders of multisig, the magically fast Lightning transactions or how they too really need to get on this hype train, like, yesterday, is unlikely to go down well.

However, if in the post-dinner lull on the porch someone comes to you one-on-one, whisky in hand and of an inquisitive mind, that’s a very different story. That’s personal rather than public, and it’s without the time constraints that so usually trouble us. It involves clarifying questions or doubts for somebody who is both expressively curious about the topic and available for the talk. That’s rare — cherish it, and nurture it.

Last year I wrote something about the proper role of political conversations in social settings. Since November was also election month, it’s appropriate to cite here:

“Politics, I’m starting to believe, best belongs in the closet — rebranded and brought out for the specific occasion. Or perhaps the bedroom, with those you most trust, love, and respect. Not in public, not with strangers, not with friends, and most certainly not with other people in your community. Purge it from your being as much as you possibly could, and refuse to let political issues invade the areas of our lives that we cherish; politics and political disagreements don’t belong there, and our lives are too important to let them be ruled by (mostly contrived) political disagreements.”

If anything, those words seem more true today than they even did then. And I posit to you that the same applies for bitcoin.

Everyone has some sort of impression or opinion of bitcoin — and most of them are plain wrong. But there’s nothing people love more than a savior in white armor, riding in to dispel their errors about some thing they are freshly out of fucks for. Just like politics, nobody really cares.

Leave them alone. They will find bitcoin in their own time, just like all of us did.