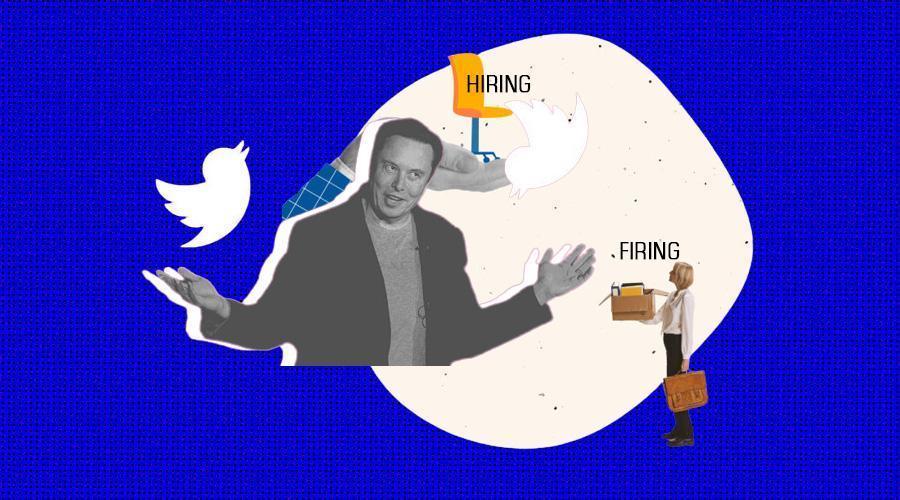 1200+ Software Engineers quit Twitter; Now Elon is forced to hire anyone within the company

After new boss Elon Musk fired thousands of Twitter employees, nearly 1200 software engineers left the company last week. When Elon Musk took over Twitter, there were over 7,400 employees working for the company. But soon after he sat on the throne, he started laying off employees rapidly. From top executives to software developers to salespersons, approximately 50% of Twitter’s task force was laid off leaving the company with around 2,700 employees, reported Firstpost. But that’s not all. More employees began to resign after Elon Musk put a new work order in place – work long hours or leave. Now, Elon is forced to hire anyone within the company who knows to code. Yesterday the latest report came suggesting the new billionaire CEO of Twitter is considering more employee firing now. Sources believe that this time, employees in the sales and partnership side of the business can be targeted.

In an email, the billionaire reportedly requested workers to respond with “yes” if they were prepared to work 80 hours a week. Rather than comply with Musk’s demand, several engineers opted to voluntarily quit the company in exchange for three months’ salary. As a result, Musk is currently on the hunt for a coder in the workforce.

According to reports, Musk is now debating whether to layoff further workers. This time, it’s thought that sales and partnership staff can be singled out. To date, there has been no formal word from the corporation regarding the Twitter layoffs.

At this point, Musk has laid off half of his global employees, plus a further 4,000 contract workers. He also demanded that anybody who spoke out against him quit the business.

So far, the company hasn’t officially confirmed the Twitter layoffs. As of now, Musk has fired 50 per cent of the workforce across the globe, followed by 4000 contract workers. Besides these people, Musk asked the people who raised voices against him to leave the company.

As we witnessed, Musk fired a Twitter engineer in public for replying to him with facts earlier. It all started when Eric Frohnhoefer, the former Twitter engineer, argued with Musk on Twitter where the billionaire said “Twitter is slow in many countries”.

The engineer said, “I have spent ~6yrs working on Twitter for Android and can say this is wrong.” Frohnhoefer was fired just minutes later, and Musk announced the same on the microblogging site.

Some parts of the company no longer have any employees, three people told Insider. The finance and accounting departments were hit hard by Thursday’s resignations, with all employees working in payroll, US tax, and its financial-reporting department now gone, as Insider reported. Twitter’s communications department is also effectively shut down and its information-security department — workers responsible for protecting user data — is now “basically no one,” a former worker said

The post Elon is Forced to Hire! Will Software Developers Join Him Now? appeared first on Analytics Insight.