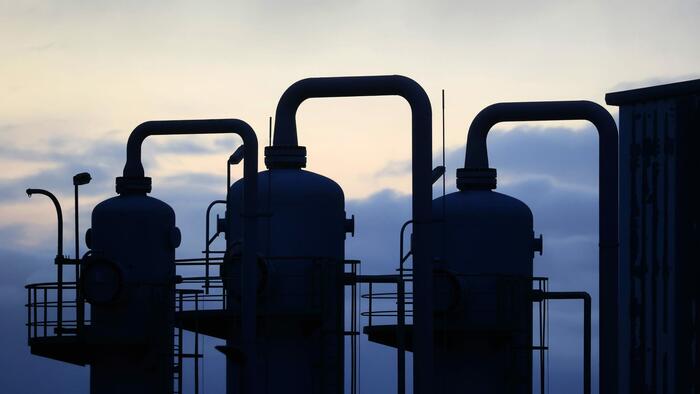 “We have argued that caps to retail gas (and electricity) prices without an associated cap to demand would not only not solve the gas deficit in Europe but would also risk making this deficit worse by incentivizing incremental gas consumption vs what we would observe without caps,” analysts Samantha Dart, Daniel Moreno, Jeffrey Currie, and Annalisa Schiavon wrote in the note.

They said the EU’s proposed price cap for Dutch NatGas benchmark TTF of around 275 euros (~$272) per megawatt hour would spark even more market gyrations, something we noted yesterday. However, they were confident the cap wouldn’t be triggered.

Even though the EU might have put a lot of thought into its failsafe plan to shield households and businesses from soaring NatGas prices this winter, Goldman’s top commodity analysts listed some of the top reasons the cap would likely perpetuate the crisis:

1. Further reducing liquidity in an already liquidity-poor market. Triggering the cap would reduce the expected reliability of the price signal offered by the exchange, hence incentivizing trade flows to move away from the exchange and to over-the-counter (OTC) markets.

2. Increased risk of a reduction in gas supply. The proposed price cap is supposed to be applied to prompt contracts. As a result, should the cap be triggered, gas suppliers would be incentivized to, at the margin, reduce volumes sold in the next month in favor of volumes further out in the forward curve, at non-capped gas prices. This can exacerbate near-term tightness in the market.

3. Disruption of commercial settlements and risk management. A cap would potentially impact settlement prices for existing contracts and the value of existing hedges. This can interfere with the effectiveness of risk-management policies by market participants, either by de-valuing previously layered hedges (and hence, de-valuing the companies that acted to protect themselves against higher gas/electricity prices) or by discouraging future hedges.

The one positive component of this price cap proposal in our view is that we see the elevated threshold required to trigger it as unlikely to be met: both TTF reaching 275 EUR/MWh sustained for two weeks and the TTF Spot – LNG price spread reaching 58 EUR/MWh sustained for 10 days. Neither condition has been met this year, and neither is in our base case for 2023.

Importantly, we note that, h owever unlikely, there are fundamental developments that could lend enough support to TTF gas prices to trigger the cap. As we discussed recently , a one-standard-deviation colder-than-average remainder of winter could take Sum23 TTF prices to 250 EUR/MWh. If any meaningful LNG supply disruption, like the ongoing 60 mcm/d Freeport outage, is added to such a scenario, the 275 EUR threshold could easily be reached.

So with a price cap so high, the analysts noted, “the only good thing about the proposed TTF cap is it’s unlikely to be triggered.”