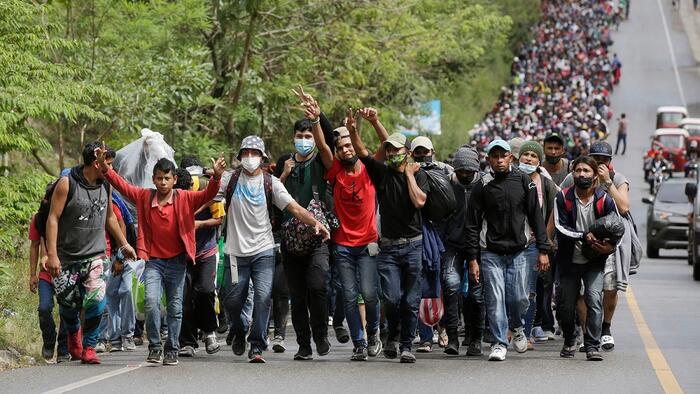 
It’s a classic argument used ten years ago when European officials called for open borders and the acceptance of a mass injection of Islamic immigrants into the region – The idea that westerners are not having enough babies to support population replacement, and thus, open borders must be established.

Chuck Schumer is promoting the same concept for the US, with calls for amnesty for 11 million+ illegals.  Americans aren’t reproducing anymore, according to Schumer, and so immigration is the only answer.

There are many problems with this nonsensical philosophy, with the most obvious being that population replacement from non-western countries that do not respect western values leads to cultural destruction.  As we have seen with the exponential rise in crime and instability within European countries where immigrants are most concentrated (like Sweden), there are often consequences to open borders.

The EU has desperately tried to deny the rising threat and has even commissioned multiple studies in an attempt to debunk the idea, but you can’t tell a population they are not experiencing more crime after migrants overrun their neighborhoods when they are witnessing the crime daily.  In many cases, European governments have even sought to cover up migrant crimes, refusing to prosecute because this would be an admission of the failure of open border policies.

This behavior has been cited as one of the primary reasons for the rise of “right wing” parties in Europe in the past few years, after decades of socialist dominance.  Immigration without review and without vetting makes no sense, and it is a policy pushed onto western countries by ideologues while almost every other nation in the world maintains restrictions.

Why is the west expected to embrace open borders while other cultures and countries are not?

It should be noted that Democrats have become outraged after buses filled with illegal immigrants were sent to major leftist cities including New York and Washington DC, with the mayors of those cities declaring a state of emergency and asking for federal intervention and the National Guard.  Major Democrat controlled cities can’t handle the influx of a mere 10,000 to 15,000 migrants, let alone millions; hardly proof that mass immigration is good for the economy.

Amnesty promoters often argue that they only want citizenship for illegals that have been in the US for years.  However, amnesty for those people encourages the increased migration of others.  The cycle never ends, with the US border now facing record numbers of illegals under the Biden Administration.

Furthermore, if Democrats are worried about inflation and population decline, then why do they continue to defend abortion?  The best way to shore up the US population would be to stop the use of abortion as a convenient form of birth control for people that don’t want to take the pill or use a condom.  The two policies contradict because the Democrats do not care about the economy, nor do they care about population replacement.  What they care about is transplanting millions of immigrants into the US, most of which come from socialist countries, and using them as a voting bloc to secure power for generations to come.

Not only that, but one could argue that leftists also want the destruction of western culture because it harbors ideals of freedom that do not exist in most other cultures.  With the west invaded and our principles diluted, our freedoms will be easier to eliminate and our system easier to supplant and replace.